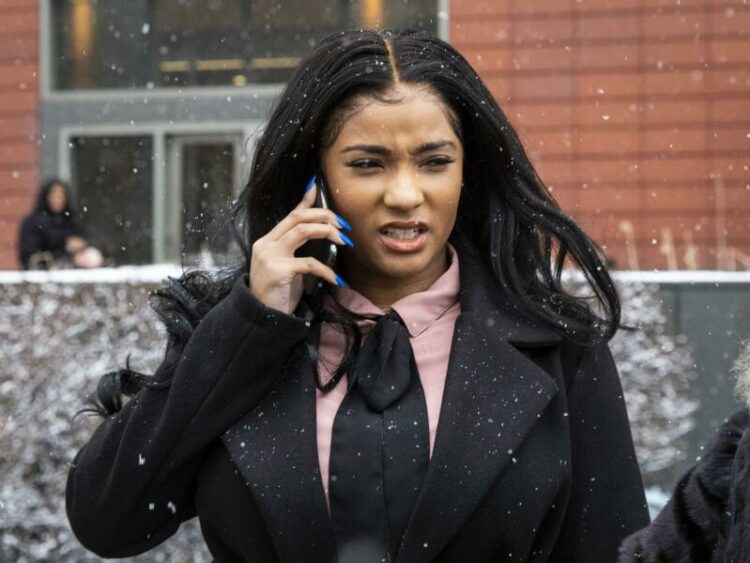 Joycelyn Savage, born on July 22, 1995, is a well-known American singer from Atlanta, Georgia. So you can indeed guess that Joycelyn Savage’s age is presently 27 years. In fact, she first made the headlines after her accusations of R. Kelly keeping her as a sex slave became public. Many of you might be wondering who Kelly is. She is a famous American singer, songwriter, record producer, and former basketball player.

So when the news of him keeping Joycelyn Savage as a sex slave made the headlines, people naturally were curious to know if it was true or a false accusation. In today’s article, we will share some interesting aspects of Joycelyn Savage’s life and discuss her allegations against the popular singer R. Kelly. Stay tuned to our page to know all the gossip surrounding famous celebrities. Let us take a quick glance!

A Short Bio Of Joycelyn Savage

As we said earlier, Joycelyn Savage was born to her parents on the 22nd of July 1995 in Atlanta, Georgia, United States. Therefore, presently, Joycelyn Savage’s age is 27 years. Needless to say, Savage is a popular American singer. She achieved immense popularity at a very young age.

Media sources reveal that she attended a public school in her hometown. Later on, she attended college to pursue her Bachelor’s degree. It was here that she met Robert Sylvester Kelly for the first time. However, she quit college before finishing her degree to pursue her career as a singer under the guidance of Kelly. Let us now look into more details about the incident that made Joycelyn Savage one of the most-searched names on the internet.

What Is The Truth Behind Joycelyn Savage’s Accusations Against R. Kelly?

Many of you are probably curious to know the truth behind the accusations the popular young American singer made against her ex-boyfriend, R. Kelly. Let us explore all the details to know what actually happened.

As we already said, Joycelyn and Kelly met for the first time when she was in college at the age of 19 in 2014. She went to attend his concert, and he invited her backstage later. This is how they encountered each other for the first time. It was due to Kelly’s influence that Savage chose to drop out of her college to pursue her career as a singer.

In fact, her parents, Timothy and Jonjelyn Savage came to know much later that their daughter had stopped attending college. They made a call at her college dormitory from where they came to know about it. At the same time, they realized their daughter had moved in with Kelly at his home without informing them. They tried to convince her to complete her education, but Joycelyn did not listen to her parents.

What Did Joycelyn Savage’s Parents Do To Get Their Daughter Out Of Kelly’s House?

Therefore, this created a lot of drama back then. However, in an interview, Joycelyn shared that she was living in Kelly’s house of her own free will. But her parents believed that Kelly had just brainwashed her into saying this.

So, they hired the best lawyers to prove their beliefs. This was when things started getting ugly as investigations began in full swing. Surprisingly, it was revealed that Kelly kept many girls at his house as his sex slaves. Well, this was not the first time the singer had such accusations.

The popular singer had multiple charges against him for sexual misconduct. In fact, previously, police had also arrested him for child pornography. Moreover, on September 27, 2021, the police found Kelly guilty of sex trafficking and racketeering. As per the sources, on May 24, 2022, the court sentenced him for his crime.

After the incident where they accused Kelly of keeping their daughter Joycelyn as a sex slave became public, the American singer’s parents appeared in several interviews. So during an interview, Timothy Savage and Jonjelyn Savage said they did not suspect Kelly initially since he was mentoring their daughter. In fact, they thought that Kelly and their daughter shared a professional relationship.

However, their beliefs changed in 2016 when they learned that Joycelyn had stopped attending college. So naturally, they suspected something was wrong and tried to convince Joycelyn. But she refused to return to them. This was when they took legal steps to bring back their daughter.

As per the sources, the American singer has two younger siblings, Jailyn and Jori Savage. Since Joycelyn was born in the United States, she holds American nationality and is of Afro-American ethnicity.

Who Is Joycelyn Savage’s Boyfriend?

This is one of the sections that many of you are curious to know about. As you know, at 17 or 18, she started secretly dating her former boyfriend, R. Kelly. However, her parents thought their relationship was strictly professional. Later, she started to live with him in his house in Chicago, where some other girls were also residing.

Joycelyn and another girl Azriel Clary used to stay together who also wanted to be a singer. However, as far as Savage’s dating life is concerned, the young celebrity has not shared any details about his love life. So probably, she is single now. In fact, she is also not active on her social media handles. Stay tuned to our page to receive all the latest updates.

Some Unknown Facts About Joycelyn Savage

If you are a fan of Joycelyn Savage, you might want to know more about her personal life, right? Well, here we have summed up some unknown aspects of her life. Let us find out!

So as we conclude, we can say that Joycelyn Savage is currently one of the most popular young celebrities in the music industry. However, she made the headlines because of the accusations that her parents laid against the American singer R. Kelly. You can take a look at the article to learn some of the interesting details about her life.