Is NBA Player Kelly Oubre in A Relationship? 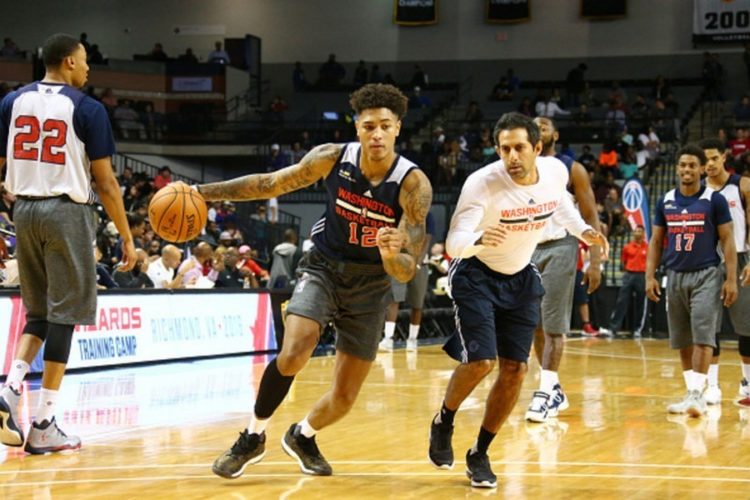 Kelly Paul Oubre Jr. is a well-known American professional basketball player. He plays for the Charlotte Hornets of the National Basketball Association (NBA). He played one season of College Football for the University of Kansas. Then he got selected by Atlanta Hawks in the 2015 NBA draft. They traded him to the Washington Wizards. Also, he played for Phoenix Suns and Golden State Warriors. His age is now twenty-six years old. Although we know about his professional life you may wonder about his personal life. Is the handsome player dating anyone? Is he committed? Here you can find all the details about his personal life.

Where is Kelly Oubre from?

Oubre is the second child who is born in New Orleans, Louisiana. His parents are Kelly Oubre Sr. and Tonya Coleman. He and his family settled in the Magnolia public housing project. Then they later settled in the Eastover section of New Orleans.

In his college career as a freshman in 2014–15, Oubre twice became the Big 12 Newcomer of the Week. He subsequently got All-Newcomer Team honors. In 2015 Oubre became part of the NBA draft.

Who is the woman Kelly Oubre dated?

Kelly Oubre was in a relationship with Jasmine Sanders in 2019. She is an American model. She is known as Golden Barbie because of her beauty. Her age is thirty years old. The model is from Germany and she is born to a German mother and African-American father. From 2016 to 2018 she was in a relationship with actor Terrence J. Now Sanders is dating personal trainer, Anthony Rhoades. Further, Oubre’s name was also several times linked with the model Kendall Jenner. But it was very brief.

Who is he dating now?

Currently, Kelly Oubre is in a relationship with Instagram model Shylynnitaa.  They got engaged in 2020. She has a lot of fan following. The love birds started seeing each other in 2020 and had an instant connection. Now Shylynnitaa is the fiancée of Oubre and they are enjoying their relationship together. They also officially shared about their engagement on Instagram.

Who is Shylynnitaa and what is she doing?

Many people came to know about Shylynnitaa after the NBA star Kelly Oubre posted her picture on his Instagram account. No one can deny that Shylynnitaa was already popular because of her glamorous posts on Instagram. But she became very popular after becoming the girlfriend and fiancée of the NBA star. Shylynnitaa has a channel in her Twitch channel which is particularly for “mature audiences”. She has one video about the Fortnite game on her channel. She likes games and may post more videos of them in the future. Also, she has sung songs titled Princess, Huracan, Plugged in, and more.

Before Oubre, she was in a serious relationship with Houston Rockets star, James Harden. But after she met Oubre she had eyes for no one else. According to many sources, it seems Oubre stole Harden’s girl with his charm. It resulted in some beef between Harden and Oubre. But at last, Shylynnitaa chose Oubre as her boyfriend.

He boasted about his beautiful lady on Instagram with the Childish Gambino track Pop Thieves. Oubre’s post also had a special object. It is nothing but the ring Shylynnitaa was wearing.

How was the engagement of Kelly Oubre and Shylynnitaa?

“$Till = $helly Till Infinity ♾ #Shhh,” the NBA star wrote on his Instagram page. It gained over 95,000 likes making it a popular post. This post made many of the admirers of Oubre disappointed. This is because it is the engagement post of Kelly Oubre and Shylynnitaa.

Oubre proposed to his girlfriend with a huge ring and made her his fiancée. He put a massive diamond ring on her finger and the picture of it is available on Instagram. It seems Oubre is ready to be a married man now.

Is Kelly Oubre a father?

Kelly Oubre has a baby with his Instagram model fiancée. They are parents and shared the picture of the bundle of joy on IG. Many people commented about the thick hair of the baby and guessed that he is more like his father.

The couple announced that they are going to have a baby in May last year. Stay tuned to get more pictures of their cute baby in the future.

Did Kelly Oubre cheat on his fiancée?

Many months before there were rumors about Oubre cheating on his fiancée. It shocked many people. He was reportedly cheating Shylynnitaa with two other IG models. This news circulated on social media by a person and brought a lot of hate comments for the NBA star. The names of the girls were also revealed. It was IG models Celina Powell and her friend Aliza. The affair took place after Powell and her friend met Oubre.

It seems that the two girls were kicked out of a plane and forced to land in Phoenix. They received a notice that said, “Your action violated federal law”.

Further, Oubre had texted them after hearing that they had landed in Phoenix. He asked them to come to a hotel that he had booked. Powell recorded a video as one of the security guards guided them to the spot where they met Oubre. The sources further shared that Powell and Oubre Jr had been talking after he returned to Denver in October last year. Therefore the sources shared that Oubre is just acting as if he is so in love with his fiancé on Instagram but he has illicit affairs with models.  Some gossip revealed that the security had taken Powell’s phone but she still managed to make a video. But we cannot say whether the cheating scandal is true or false.

NBA player Kelly Oubre is in a relationship with a beautiful girl. She is also supportive of his sports career.