Kim Kardashian and Her ‘Strict’ Diet: Fitting Into The Monroe Outfit 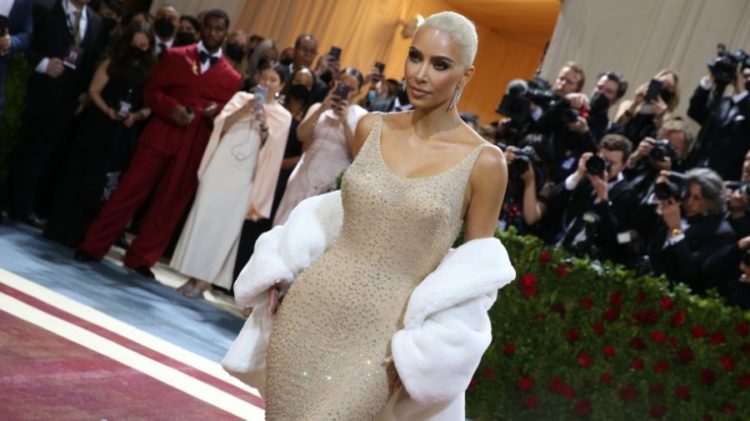 When it comes to fashion, Kim Kardashian frequently makes it to the headlines. In recent years she has turned it into a habit, to set the Met Gala on fire. This year too she showed no exception to this recent trend. The Met Gala has always been one of the most glamorous shows on earth. That’s why it has frequently been compared to the Olympics and the Oscars. The theme for this year’s event has been designed specifically to celebrate The Gilded Age of America.

The event witnessed a host of glamourous interpretations of the theme by various celebrities. However, Kim Kardashian seemed to steal the show this time, in her Marilyn Monroe avatar. The star wore the same dress which Monroe donned during the infamous performance of “Happy Birthday Mr. President”, merely three months before her death.  Therefore, her recent trip to Orlando, Florida with Pete Davidson, her boyfriend, seems to make sense. Kim planned this trip so that she can see the famed outfit in person, at Ripley’s Believe It or Not Museum.

At the Met Gala 2022, Kim Kardashian let the Monroe gown shine all on its own. She thus kept the rest of her appearance as simple as possible. To add to the gown, she had a pair of Cartier Essential Lines white gold, diamond earrings, and a white fur coat around her elbows. However, as she revealed in an interview on the red carpet, it was not an easy task for her to fit into the outfit. She had to lose sixteen pounds in just three weeks, in order to fit into the Monroe gown.

Kim Kardashian’s choice of the Monroe gown left the fashion enthusiasts searching for the reason for such a choice. In an interview, Kim shared the reason for choosing the famed outfit. She revealed that the idea came to her in September last year. She was looking for “the most American thing” for the American theme and the only answer to it was Marilyn Monroe.

Kim claimed that the most  iconic moment in Monroe’s career is her performance of “Happy Birthday Mr. President.” Kim said that such revealing dresses were not common in those days. That is why, she calls the iconic Monroe outfit, ‘the original naked dress.’ Thus, all these facts led her to choose the Monroe gown.

Kim desperately wanted to fit into the iconic outfit. It was never an easy task for her. She had to lose some serious pounds to fit into the iconic dress. Therefore, with the view to losing some serious pounds, Kim entered a strict diet for three weeks. As later revealed by her, the ‘strict’ diet cut sugar and all carbs entirely out of her meals. She ate only vegetables and protein.

Moreover, she had to run on a treadmill, twice a day wearing a sauna suit. Strictly following the diet yielded the desired results for her.  At the end of the rigorous routine, she was able to fit into the iconic outfit.

Kardashian wore the original dress only on the red carpet and up to the steps of the Met Gala. Later, she changed into a replica of the original costume. Later she explained that she respects the outfit and is aware of its importance in American history. So,  she didn’t wish to run the risk of damaging it in any manner. For this reason, she even avoided her usual body makeup. She also added that she had to practice walking with the dress, before stepping onto the red carpet at Met Gala 2022.

Almost after sixty years Monroe first wore the iconic costume, Kim Kardashian wore it to the Met Gala 2022. This makes her the only other person to don this iconic outfit. However, fitting into the outfit required Kim to cut off some serious pounds from her body. To do this, she entered into a strict diet, which has already been mentioned. This strict diet and the resulting loss of sixteen pounds in three weeks have received a mixed reaction from nutrition experts from around the world.

Jonathan Valdez, the owner of Genki Nutrition,  in a mail written to Women’s Health, admitted that Kim’s diet is obviously not a safe way to lose weight. Her process of losing weight has also been criticized as unrealistic. Experts from around the world agree that losing so much weight in such a small period can negatively affect the body. Cutting out carbohydrates and sugar from our diet indeed helps in weight loss.

But carbohydrates also serve as the body’s principal source of energy. As per a 2020 study, cutting out carbohydrates from our diet can reduce the amount of insulin produced by the body and thereby may alter our metabolism. Therefore, it can never be a long-term solution. However, for Kim, it worked wonders. So, who cares what the experts say?

Kim Kardashian has always come under the spotlight for her dressing style and looks. However, this Monroe avatar of Kim has become a Met Gala moment. She looked stunning in the sparkling skin-tight gown. Her physique as usually looked incredible and the fur-like wrap added to the glamour.

However, to fit in the historical outfit, Kim had to lose sixteen pounds by following a strict diet. Nutrition experts from around the world have criticized her diet as unsafe and unrealistic. However, she had a grand post-Met food plan, to make up for the pre-Met diet.

That’s all about Kim Kardashian’s Met Gala look and her ‘strict’ diet.

Also Read: 10 Hollywood Celebrities Who Have Got Their Body Parts Insured