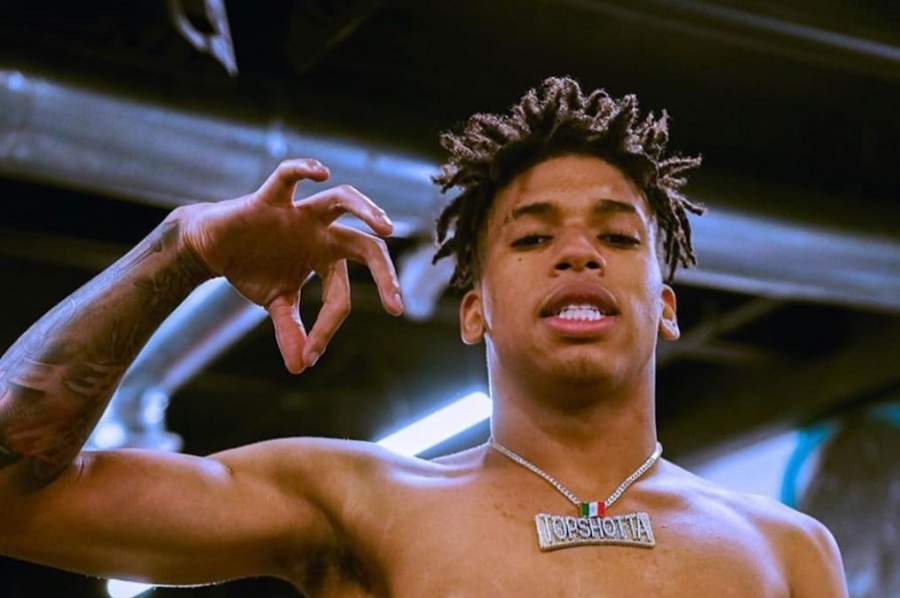 NLE Choppa is a rapper and his real name is Bryson Lashun Potts. He is also a songwriter, singer, and rapper. He is well known for his 2019 single “Shotta Flow”. This song got certified as platinum by the RIAA. NLE Choppa’s songs are well known for his free and enthusiastic portrayal. He is an energetic dancer and introduces new dance moves in his videos. The fans love to watch his performances on Youtube and it always receives lots of views just a few minutes after the release. The rappers’ parents are supporting this teenage star to develop in his career.

You can find all the details about the seventeen-year-old singer here.

Potts has a Jamaican mother and his father is an African-American. He grew up in Memphis, Tennessee. He went to the Cordova High School where he took part in basketball games. The young singer started to freestyle with his friends when he was fourteen years old. He began to sincerely practice music from age fifteen. He also served in a juvenile detention centre for some time and the reason for his time there is not clear.

However, he shared that the time at the detention inspired him to take the right course. In the Youtube series called the Rise of NLE Choppa, he told that his stay at the detention centre was an eye-opener for him.

NLE Choppa’s manager is his mother who is managing his activities from the start of his career. His first song called “No Love Anthem” got released in February 2018 by the title YNR Choppa. Then on July 22, he unveiled his debut mixtape called No Love the Takeover. He received many fans because of his excellent dance steps and incredible performance.

The rapper’s popularity began to increase more and more at this stage. He released his single “Shotta Flow”. This video became really popular and got 10 million views in just one month. Then another song Pitchfork got lots of responses because of energetic delivery and dance moves. It received a place in Billboard Hot 100. A bidding battle between the popular record labels started because of his popularity. The bids reached a value of $3 million.

The rapper rejected many offers and instead signed with an independent label UnitedMasters. In 2019 he released a new single called “Capo” and “Blocc Is Hot”. The latter is a single honouring his childhood favourite rapper Lil Wayne. He then released many singles that continuously received lots of praise from his Youtube fans.

The rapper’s debut album is set to release this year. On March 19 he unveiled his new singles Walk Em Down with Roddy Ricch.

There is no information about his personal relationship status. But he is close with his mother Angela Potts who is assisting him in his career. She encourages her son to pursue the career of his choice and she is his manager.

On Instagram, we will be able to see the strong bond and camaraderie between the mother and son. He spent some days in a Juvenile detention centre in his mid-teen years. After his time at the centre, he tried to reorder his life.

The net worth estimate of the rising rapper is $5 million. He is receiving lots of solid cash from his music career. At such a young age he is garnering a lot of attention and net worth and we can expect the rapper to get more in the future. There are many upcoming projects in store for him. He is also managing many types of merchandise that contain his insignia.

The rapper also has plans to invest in real estate to increase his net worth. There is an online store for which he is the owner that sells clothing and exclusive phone cases. The name of the brand is ‘No Love Entertainment’ (NLE). He wants to make the brand NLE as one of the popular brands in America.

NLE Choppa is a young star in the singing industry. From his young age, he worked hard to exhibit his talents to the world and used social media platforms to publicize his singles.