Tila Tequila: What Happened to The Reality Star? 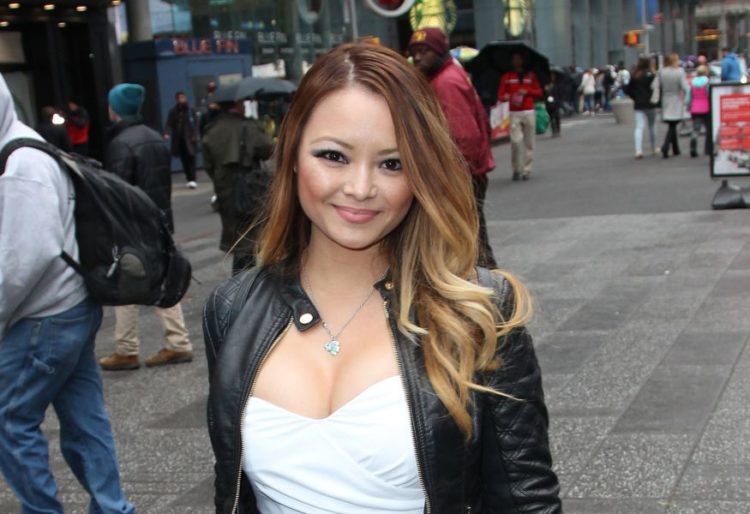 Do you know who Tila Tequila is? Her real name is Nguyễn Thị Thiên Thanh. But she goes by her stage name Tila Tequila. She is a well-known American television and social media personality. The star became famous because of her social networking websites. She uses the app Myspace to post pictures and videos to get popular. In 2007 she starred in the series A Shot at Love with Tila Tequila. It aired for two seasons and became one of the highest-rated series on MTV. Now she is over forty years old. Here you can find all the details of Tila Tequila 2020.

Where is Tila Tequila today?

The last appearance of Tila Tequila was in Celebrity Big Brother in 2015. After that, her fans did not see her anywhere on TV. Many wondered what happened to her. But over the years she has received a lot of criticism for her actions and comments. In 2013 she supported Donald Trump publicly for the elections. This disappointed many of her fans. Then she again stirred controversy when she posted a picture of National Socialism salute to honor Trump’s victory.

After that, her account got suspended from the Twitter. One time she even praised the Nazi dictator Adolf Hitler on Facebook. But she did not make an appearance in any shows recently.

Where did Tila Tequila come from?

Tila is from Singapore. Her family is Vietnamese boat people who came from Vietnam after the war in their country. She has an older brother named Daniel and an older sister named Terri.

When she was one year old her family shifted to Houston, Texas. They were admitted to the gated community managed by a strict Buddhist temple.

Her friends started to call her Tila Tequila because she was allergic to alcohol. She was also confused by many family issues in her life. So she began to write poetry as a release for her emotions. For several months she ran away from her home to Queens, New York City. During her teenage years, she got pregnant and also suffered a miscarriage.

In 2000 she graduated from the Alief Hastings High School. Her violent adolescence was the reason why she wanted to become a model. In 2001 she moved to California for her job. This paved the way for her appearance in the entertainment industry.

What did she achieve in her career?

Tila Tequila began her career at the age of nineteen. She was discovered by a Playboy scout in the Sharpstown Mall and offered a chance to model. Then after that, she moved to California to start a career. After that, she became the Asian Cyber Girl of the Month.

When she turned twenty she acted in Rock Music. Then she assembled a band and started her singing and songwriting career. Tequila appeared in the dance show called as Pants-Off Dance-Off. She came as a frequent host of this show. Later many of her s**x tapes got leaked. She used it to get popular. Then she appeared in the show Celebrity Big Brother.

Who is Tila Tequila dating now?

Many people thought that Tequila was bisexual after she came to the bisexual-themed show titled A Shot at Love with Tila Tequila. But she later spoke some negative things about homosexuality and considered the lifestyle as disgusting and degenerate.

In 2009 she was in a relationship with heiress Casey Johnson the daughter of Woody Johnson. It seems she got engaged to her and even was wearing a ring to prove it. But in 2010 Johnson died due to complications from diabetes.

From 2013 Tequila was dating musician Thomas Paxton Whitaker. But he faced financial difficulties that ended the relationship. In 2014 Tequila became pregnant and gave birth to her daughter Isabella Monroe Nguyen. In 2018 she had her second girl child named Annabelle.

What are the controversies?

In 2013 she created a stir on social media for her support of Hitler. She shared a video titled “Why I Sympathize with Hitler: Part I”. Then she also posted antisemitic comments on her Facebook account. She posted pictures of herself as a scantily clad Nazi. This angered many of her followers and she received a lot of backlash for it.

She was asked to leave the reality show Celebrity Big Brother because of her Neo-Nazism. Also, she got suspended from Twitter because of her comments. Later she joined Gab which is a haven for neo-Nazis and supremacists like her.

What is the net worth of Tila Tequila?

The networth of Tila Tequila 2020 is $700 Thousand. In 2001 she started a website called TilasHotSpot.com. This site promotes her businesses, career, and other ventures. Then from 2008, this site got transformed into a social network.

From 2005 Nguyen launched TilaFashion.com. Through this site, she sells clothes for men and women. Also, she sells artwork online on her site Tornado Thien. Through her TV appearances and modeling career, she makes a lot of money.

Further, she has come on the front pages of magazines like Steppin’ Out, Penthouse, King, and Blender.

Tila Tequila is still creating a stir in social media with her actions. She is a controversial figure. In the future, she may release more songs.

You may also read: Who Is Bill Burr’s Wife? Know About Nia Renee Hill