One of The Cricket Legends: Yuvraj Singh Announces Retirement from International Cricket 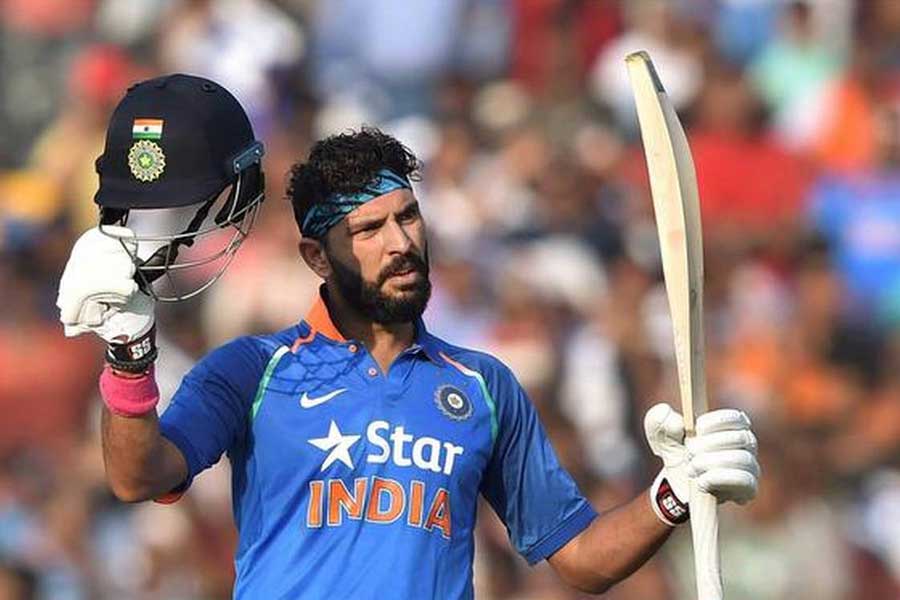 We all heard it right that on 10th June 2019, Indian Cricket team’s all-rounder Yuvraj Singh announced his retirement from the Cricket world. Commonly nicknamed as Yuvi, the 37 years old former cricketer played his ODI debut in Kenya 2000 and ever since then he never looked back. The left-handed batsman bags the title of Sixer King when he shot 6 sixes back to back against England in T-20 world, 2007.

Yuvraj Singh is the son of the fast bowler and Punjabi actor Yograj Singh. In the wake of our Sixer King’s retirement,

let’s have a look at his whole career and life as a cricketer of Indian Cricket Team, in a nutshell.

“great rollercoaster ride and beautiful story but it has to come to an end. It was the right time to go.”

Well for his fans it could never be a right time just ‘go’ has the cricket world’s fans will surely miss the legendary player who conquered not just the field but also the pitch of real life when he fought with the deadly disease.

Apart from his tremendous success as the cricketer, Yuvraj Singh is known for his victory over cancer. He was diagnosed with cancer while he was playing the World Cup. The Sixer King totally ruled the field and the disease with the hope of never giving up and he never did.

He moved back to the pavilion in order to defeat the killer cancer and stepped out to the field successfully in 2012. After he experienced the deadly disease he took initiative to make the world aware of this deadly cancer and motivated the world to fight it back.

In the press conference, Yuvraj Singh recalled his cricket career and with somewhat a heavy heart said “I would say I extremely lucky to play 400-plus games for India. I would’ve not imagined doing this when I started my career as a cricketer. Through this journey, some matches that remain in my memory are-the 2007 Test series in England, of course, the six sixes and the 2007 T20 World Cup. And then the most memorable one was the 2011 World Cup finals.”

He became the heartthrob of Indian Cricket team when played as vice-captain at the ICC World Twenty20 in South Africa. He reached fastest fifty ever when he hit legendary six sexes off just 12 balls.

He further recalled some lows of his careers too saying:

“And then, probably the worst day in my career was the 2014 World T20 final against Sri Lanka where I scored 11 off 21 balls. It was so shattering that I felt my career was over.” – Yuvraj Singh

Well, we all remember that low point of Yuvraj Singh’s career where we all thought that it is over for Yuvraj. But to all of us’ pleasant surprise he made his comeback in home series against England in 2017 for the first time in Virat Kohli’s full captaincy. He made it to the tour of West Indies after the Champions Trophy in 2017.

Every cricketer dreams of hitting 6 sixes in an over or becoming player of the tournament in world cup. In short, everyone dreams to be #YuvrajSingh..@YUVSTRONG12, You have been the True champion on and off the field…
All the best Yuvi Paa for the second innings… pic.twitter.com/c1zyqUz23U

Yuvi played is last One Day Internationals in 2017 in West Indies and after that, he just appeared in IPL (Kings 11 Punjab). Well, the team of Gudstory bids Yuvraj Singh farewell form Cricket with great pride and wish him all the very best for his life ahead.

As @YUVSTRONG12 calls it quits on his glorious career, we rewind the clock and look at his most iconic cricket moments. Thank you for the memories Yuvi ??? #TeamIndia #YuvrajSingh

Thank you for all the amazing moments, @YUVSTRONG12. My best wishes to you for everything ahead, Yuvi pa!?#YuvrajSingh