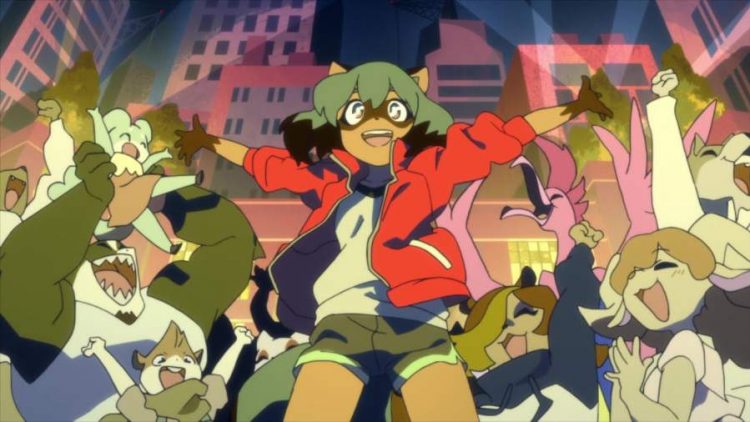 Are you feeling bored? Then why not watch the best anime TV series and films. There are lots of amazing anime stories so you must have missed some. So we have made a list to remind you. The anime belong to genres like action, adventure, science fiction and more. So have a look at the list of best anime 2020 and enjoy.

JoJo’s Bizarre Adventure is a Japanese manga which had an anime series in 2012. The producer of the series is David Production. The story is about the world where supernatural forces exist. In the anime, there are independent stories and characters as well. The characters can use their inner spiritual power and form energy called Hamon. The protagonists of the story are the Joestar family. The birthmark they have in their left shoulder blades is the Jojo. The storyline in it is interesting so this is a definite watch.

If you love superhero genre then this anime will be suitable for you. The story is about a boy who trains to become a hero at a school. Every person has a unique power in the story that makes them different. It is fun and interesting to watch the series. The main protagonist gets bullied often because he lacks Quirk.

3. The Rising of the Shield Hero

This is a Japanese dark fantasy series about the parallel world where a group of heroes fight monsters. The heroes use legendary equipment and it is all interesting to see. All your emotions will get stirred if you watch this anime because it has an intense story. The main protagonist tries to survive in a strange world.

This story has a lot of supernatural elements in it. There is great detail in the story and it is engaging to watch. There is a population with psychic abilities called Canto. So because of that, there is violence and trouble. The world in this anime is set 1000 years after the modern world where humanity tries to survive amongst new developments.

If you love a creepy horror anime then this one will give you sleepless nights. The anime takes place in the fictional village of Hinamizawa. But suddenly the people in the village start disappearing, therefore, the main protagonists try to find out the mystery. Then they come across the Oyashiro Curse that leads to a lot of supernatural calamities.

6. The Melancholy of Haruhi Suzumiya

The story is about a boy called Kyon who is studying at North High School. Then he finds that his schoolmate can see supernatural visions. They make a club called “SOS Brigade” and investigate the mysterious occurrences all over the world.

This is a story of two characters named Taiga Aisaka and Ryūji Takasu. Because they have a good bond many people start to think that they are a couple. This is a story of how love blossoms between them and how they experience a lot of issues because of it. If you love a good high school romance then watch it.

8. Your Lie in April

This is an intense story of people who want to become great musicians. Many sad moments in the story will make you cry. But it is also very inspiring. The characters are well made so do not miss it.

This is one of the funniest series. The story is set in the late-Edo period but in an alternative universe. The place gets attacked by aliens called Amanto. The Samurai’s in Japan try to attack the aliens with their skills.

This is an anime series where humans start to live in other planets because of finding earth uninhabitable. There are a group of characters in the series who chase criminals for bounty in space. So add this to your watch list.

Watch the anime and enjoy it. If you have missed them then do not forget to watch it.