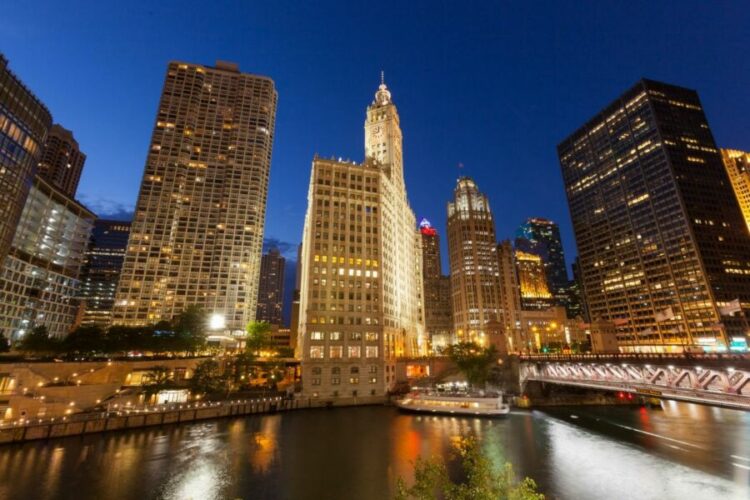 Chicago is the largest city in Illinois and has almost 3 million residents. Known as the Windy City, Chicago attracts international attention. Moving to Chicago is a dream for many people all over the world. Why would you want to move to Chicago?

Here are 10 reasons that you might want to pack up and head to the Second City:

The people of Chicago love good food, and it shows. Throughout the history of the city, emphasis has been placed on culinary excellence. From deep dish pizzas to Italian beef sandwiches, Chicago is known for its cuisine.

The Windy City is also famous for the restaurants that serve this fantastic fare. Colorful, fun, and sometimes outrageous, these restaurants are some of the most notable in the world. It doesn’t matter if you want fine dining or a dive bar. You can find both without trouble in Chicago.

A lot of people think of Chicago as being a northern city, and for the United States, that’s true. Despite this, Chicago is in the midwest and so has warm to hot summers. If you get too hot, there’s one of the largest lakes in the world right next door.

Chicago has cold winters for those who want to beat the heat. The spring and fall seasons are among the most beautiful in any big city. You’ll find that the heat is warm enough to enjoy being outside and even swimming, but not as oppressive as other places further south.

One thing that surprises a lot of people is the cost of living in Chicago. It is lower than in other comparable cities. This allows people to experience the joy of living in such a vibrant city without breaking their bank accounts.

Rent and property values are lower in Chicago than in other large cities, like New York City or Los Angeles. Your dollar will go further in Chicago than it will in the country’s other big cities. This is also true of commodities, entertainment, and gas.

If you love music, you can find anything you want in Chicago. From amazing classical performances to the famous Chicago Blues, the Windy City has it all. There is also a vibrant local club culture, with local musicians filling halls every night.

If you want to have fun in Chicago, experiment with new types of music. Go to a jazz club on Friday, and have a rave on Saturday. The point is you can experiment and expose yourself to influences from all over the world in Chicago.

A lot of people think of Broadway in New York when they think of theater. Did you know that Chicago has world-famous theaters and performances? Chicago has an active theater district and scattered venues all over the city.

Chicago is home to 5 Tony Award-winning theater companies. There are over 250 theaters, with some of the best being small neighborhood venues. You can indulge in the finest theater productions, operas and balls while in Chicago.

Chicago is full of outdoor spaces. On the seal of the city is the phrase “Urbs in Horto”. This means “City in a Garden” when translated into English. The reason for this is the aftermath of the great Chicago Fire in the 1870s.

When the city was rebuilt, the urban planners made sure to set aside ample space for outside areas. These include parks and jogging paths. You can even catch outdoor movies. During most of the year, you can find Chicagoans out and about, enjoying the weather.

Chicago sits in a great spot for people who enjoy the water. From the nearby Lake Michigan to multiple river systems, Chicago has plenty of water. During the summer, you’ll catch people playing volleyball, sunbathing, paddleboarding, or kayaking.

This makes Chicago a great place for anyone who loves being on the water. There are beautiful sandy beaches and easy access to all of the water spaces. If you don’t own a boat or kayak, don’t worry, you can find them for rent all over the city.

If you’re thinking of moving to Chicago, you need to know where you should live. The great thing about Chicago is that there are 77 different neighborhoods. Each one has its own charm, art, and attraction.

How do you know where to get your new home? There’s a lot of research that goes into it, but you can start with listings like URB Chicago. No matter what you like, Chicago has something for you.

Chicago is a mecca of brewing and spirits. The Old Fashioned cocktail is said to have originated in Chicago as far back as 1803. The city has a long history of enjoying a drink and has some of the finest craft beers and drinking spots in the world.

Whether you like a nice cocktail, a champagne brunch, or sophisticated craft beers, Chicago has something for you. Since the city has a lower cost of living, you might find yourself being able to enjoy going out more often.

One of the reasons a lot of people move to Chicago is for the people. The people of Chicago are diverse, hard-working, and friendly. In fact, the city has long held the nickname “The City that Works”.

There aren’t many cities that can compete with the famed Midwestern friendliness. Don’t expect to be treated like a stranger when you come to Chicago. The people are friendly enough that it can take some getting used to, depending on where you’re from.

No matter what you enjoy doing, you’ll find something in Chicago. Moving to Chicago can be exciting, fun, and a life-changing experience. You’ll wonder why you didn’t move to Chicago years ago.

If this article was interesting, please don’t forget to check out our website. We post interesting and exciting articles all the time.

Also read: 7 Things You Should Know If You are Buying A Home for The First Time

Best Cities to Invest in Real Estate in Malta

Things to Look Out for When Buying Your First Home