10 Tallest Person in The World 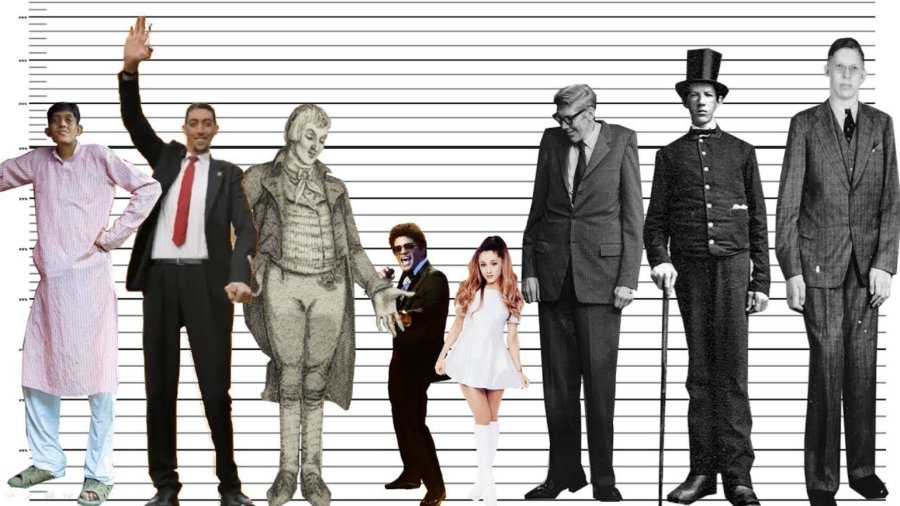 In our history books, we have read how tall human beings used to be. However, through the course of time, we have seen how that number decreased, no matter what the reason was. We don’t have any clues of who the tallest person in the world was back then. In addition, we didn’t find any clues as to why the people were so tall back in the day in the history books, because there was no science that could possibly tell us the reason.

However, in recent days, we have become scientifically advanced creatures with astute minds and reasoning. Therefore, doctors and scientists do know the reason for abnormal growth.

So, in this article, we will discuss the reason for being so tall and list the top ten tallest people in the world.

The Reason For Being Hugely Tall

According to the medical explanations, it is due to pituitary gigantism. At times, eunuchoid tallness, Sotos syndrome, and acromegaly also contribute to the unexpected growth. However, Pituitary Gigantism is perhaps the most common cause for the hugeness of size. So, it happens due to the over-secretion of the hormones of growth in the pituitary gland.

Who is The Tallest Person in The World?

Currently, the Turkish-born farmer, Sultan Kosen is the tallest person in the world, according to the Guinness world book of record. So, how tall is the tallest person in the world? Well, he is commanding the position at a whopping 251 cm, ( 8ft 2.82in). So, what’s the cause of this unnatural growth? Well, according to the doctors, he is also a victim of gigantism and acromegaly.

Here’s A List of Other Top 10 Tallest People in The World.

Since we mentioned the tallest person in the world, let’s now check some other people who also got the same unexpected growth. These individuals are also affected by gigantism and other diseases.

First on the list is Brahim Takioullah, who is also the second tallest living person in the world. In fact, he shares the position with the Iranian person, Morteza Mehrzad. In addition to his height, he is also the record holder for having the world’s largest fleet, which is around 8 feet 1 inch in length.

Next, we have the man who was born in Montana. So, he has a height of 8ft 2 inches. Compared to others, he had a normal height till the age of 10. However, after that, he suddenly showed exponential growth in height. Thereafter, he became the tallest man on the planet for the period 1969 to 1981, because 1981 was his year of demise.

Next, we have the Indian man, Viksa Uppal. Though we don’t have much information about him, he is around 8ft 3 inches in height. He is from Rohtak, Haryana. Moreover, his birth year is 1986. Though, it’s interesting that people didn’t measure him officially in the Guinness world records.

This man is from Anthom, lowa and his date of birth is July 27th, 1897. So, his height was 8ft 2 inches. But what was the cause? well, he had a disease of eunochodial infantile gigantis. We don’t have any idea of his height when he died, however, according to his WWI card, he was around 8ft tall back in 1918.

As we said earlier, he is the tallest person in the world. He also had the disease of pituitary gigantism, which caused his unexpected growth. Moreover, he was fine till the year 10.  However, after that, he showed signs of growth at a very fast rate.

Naturally, he faced a lot of problems due to his age, as he couldn’t even complete his education. Currently, he stands tall at 8ft 282inches.

Next, we have the man from 1881, who was from Canada. So, his height was also around 8ft 3 due to some illness. Furthermore, he was also a part of the circus team. However, he met an end due to tuberculosis in 1904.

This person was from Helsinki, Finland, back in 1909. So, when he was about 21 years old, he was around 7ft 3 inches tall. However, he had become even taller when he was in his late thirties with 8ft 3inches. So, he was also a part of the Finnish defense forces. As for his illness, he was suffering from acromegaly.

Next, we have the man from 1931, New York. So, people used to call him the buffalo giant because, at the age of 16, he showed exponential growth and that didn’t stop till he died. He was around 8ft 7.5 inches tall.

He is the tallest person of African descent. Moreover, at the age of 13, he showed growth at an abnormal rate. Resultantly, he suffered a lot of health-related problems, such as ankylosis. So, he had to walk on crutches. At the end of his years, people used to pull him around in a cart.

So, meet the tallest person in the world, ever to live. In fact, he was around 8ft 11 inches tall. Furthermore, he was from Alton, Illinois, in 1918. As for his illness, he suffered a lot from hypertrophy of the pituitary gland. Therefore, he suffered from a lot more health-related issues as well. He died at the age of just 22, in 1940.

So, these were some of the names of the world’s top 10 tallest people. Thus, we hope you liked this list and got some interesting pieces of information to share with your friends and family.

Also read: Evaluate the Progress of Company with Year-Over-Year Method