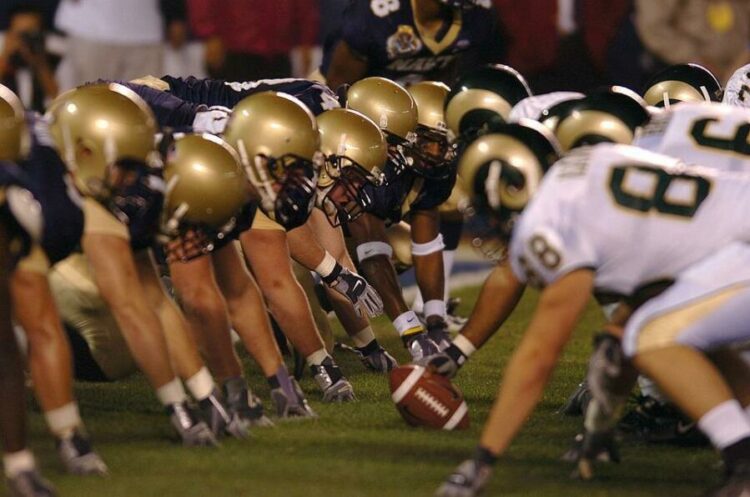 In 2023, the NFL will return its championship game to the Phoenix metropolitan region. Although details of Super Bowl LVII, including the timing and location of the event and the performers for the halftime show, have been released, there are still a lot of surprises to look forward to. As each NFL team continues to put their best foot forward to the Super Bowl LVII, it’s still uncertain which squad will head on to the finals. On January 29, 2023, the two teams, one from AFC and NFC, that win the conference title will progress to the Super Bowl.

Now that the NFL is in Week 10,  each team has garnered their spots in the power rankings not only with the number of wins but also with the player’s performances.

That said, let’s meet the top twelve best teams together with their Super Bowl odds after the Week 10 Playoffs.

With the best lineup in the NFL and exceptional coaches, the Philadelphia Eagles can consistently showcase exemplary performances with their skill. According to the schedule for the upcoming week, Philadelphia might be unbeaten going into Week 16.

The Minnesota Vikings improved in the rankings, and their status as a Super Bowl real contender is recognized. While Kirk Cousins deserves a lot of respect, Justin Jefferson is Minnesota’s real hero. Minnesota can provide difficulties for anyone they meet because of their strong  offense and effective pass rush.

Buffalo has the dominant position in the head-to-head matchup, but the Chiefs are the superior team right now. While  Josh Allen struggles to protect the ball,  Mahomes excels at it, therefore, supporters shouldn’t be concerned about the risky play that costs the squad. In the meantime, Kansas is the AFC’s top team.

Buffalo can be defeated by the Baltimore Ravens in the playoffs if they have the right equipment. The Ravens’ defense is considerably superior to what we’ve seen in the 23-20 defeat. It was a game in which the Bills needed twenty unanswered points to win, and Lamar Jackson could reign against it.

With a current record of six wins and three losses and facing the Steelers, Broncos, Jaguars, and Panthers, their victories will start pouring in.

A strong defense would make the Miami Dolphins a strong Super Bowl contender. With the addition of Raheem Mostert and Jeff Wilson Jr. to Mike McDaniels’ offensive system, Tua Tagovailoa is potentially a serious MVP contender. Looking past Cleveland, the Dolphins need to surpass San Francisco on December 4.

Even with injuries, winning teams find a way to succeed. The Tennessee Titans’ defense destroyed Denver while playing without Jeffery Simmons, Bud Dupree, and Kristian Fulton and carried this team to win when Derrick Henry struggled. Also,  Ryan Tannehill is back, which gives the offense the much-needed balance it needs going forth.

Josh Allen is the Bills’ current problem in the team. The All-Pro quarterback blends incredible football plays with mind-boggling carelessness. Allen has six interceptions to his credit in the last three games, four of which came in the end zone. He needs to change his style of play, or Buffalo can shy away from the Super Bowl LVII finals.

The San Francisco 49ers undoubtedly made the game closer than they had hoped, and the defense of Christian McCaffrey, Elijah Mitchell, and DeMeco Ryans helped the team win. San Francisco should dominate New Orleans and Arizona before a must-see matchup with Miami to finally get over to the playoffs.

The tough stretch for the Cincinnati Bengals has started after they defeated the Panthers before the bye week. It should be a rough contest, but Joe Burrow’s team should be the favorite. With games against the Tennessee Titans, Buffalo Bills, Buccaneers, and Kansas City Chiefs,  Cincinnati then faces a demanding schedule.   In 2022, everyone will discover the Bengals’ true character.

The Dallas Cowboys suffered a humbling defeat that felt familiar to the playoff performances of teams led by Mike McCarthy each year. Dallas’ Week 11 trip to play the Minnesota Vikings is in grave jeopardy if they can’t defeat Green Bay.

The New York Jets must demonstrate that they have learned their lesson. Zach Wilson carrying the offensive load was Mike LaFleur’s oversight in the Oct. 30 defeat to New England. The only way to defeat the Patriots is by combining a crushing defense with a ground-and-pound attack. The potential for this group is even greater if New York takes such action.

Who do you think is the best NFL team today? While this is a tricky question to answer, the rankings above can be a good starting point to understand and identify the leading teams that can reach the Super Bowl LVII in Phoenix.

Also read: T.J.Watt Of Steelers Reaches His Zenith In 2017 NFL Re-Draft: The Details