by Siya
in Biography
2 min read
0 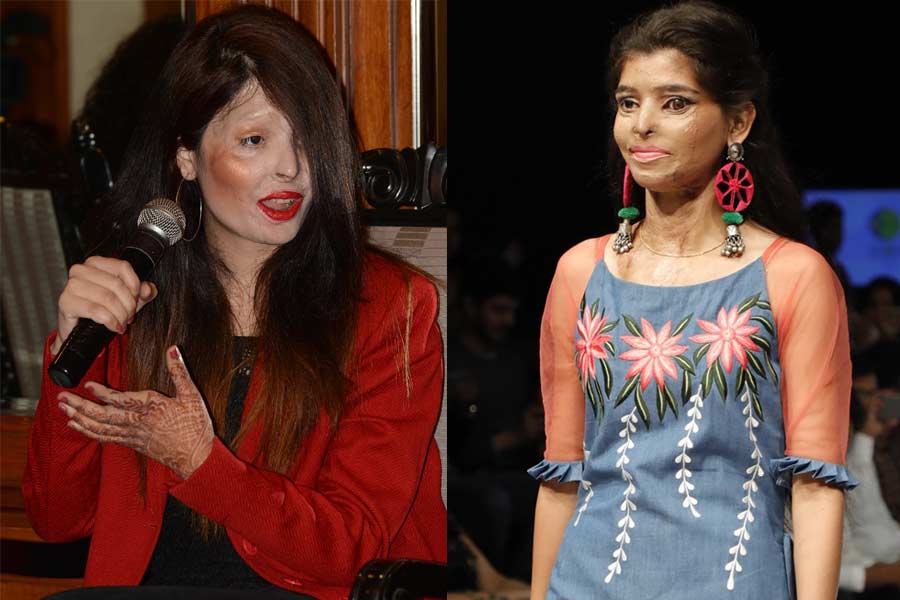 The recently launched movie ‘Chhapaak’ starring Deepika Padukone and Vikrant Massey has been a super hit film that narrates the heart-wrenching story of an acid attack survivor, Laxmi Agarwal. We all know who Laxmi is now, she has become a superstar among us and across the country. This is all because of her strong will power which inspires each one of us. She has made quite hard efforts to prohibit the sale of acids in the market. She even inspires other acid attack survivors who have not stopped themselves but they have proved us by continuously going on and reaching to greater heights by their hard work and efforts.

Have a look at some of the acid attack survivors and their stories which are truly inspiring.

Laxmi Agarwal who has become a celebrity now. She was attacked by a 32-year old man after she denied his proposal. She was just 15 years old at that time. She has emerged strongly from the incident and now she is a popular TV host, mother to a one-year-old girl and also a TikTok star.

Reshma Qureshi was attacked by acid when she was just 17. But nothing could stop her going on and today she owns a popular YouTube channel where she gives makeup tutorials and at the same time she also keeps spreading awareness against acid attacks too.

Sonali Mukherjee got attacked by three boys in her own house upon rejecting their sexual advances. She was 17 years old when she got attacked. This incident happened around 2013 which left her completely blind. She also participated in ‘Kaun Banega Crorepati’ in 2013 and won around 30 lakhs. She is currently happily married and working as a clerk in the welfare department of the Bokaro deputy commissioner’s office in Jharkhand.

Life turned upside down when 22-years-old Aarti Thakur got attacked by the acid by her former landlady’s son, whose proposal she had rejected. He threw acid on her outside her office. She is still fighting a legal battle against her attackers as well as struggling hard to raise money for surgery. Even she has started working again and trying to lead a normal and confident life.

She got attacked by two teenagers who were on a motorbike when she was on her way to practice volleyball in school. She has lost most of her sight after that incident and has suffered major burns on her face and hands. She had to drop out of school after facing all this. Now she works in a cafe named, ‘Sheroes Hangout’ which is run by a group of acid attack victims.

So, these were some of the leading examples who have faced a lot in their life and now they are leading a normal, happy and confident life. They are truly an inspiration to all of us.