5 Amazing Aerial Fireworks for Your Next Celebration 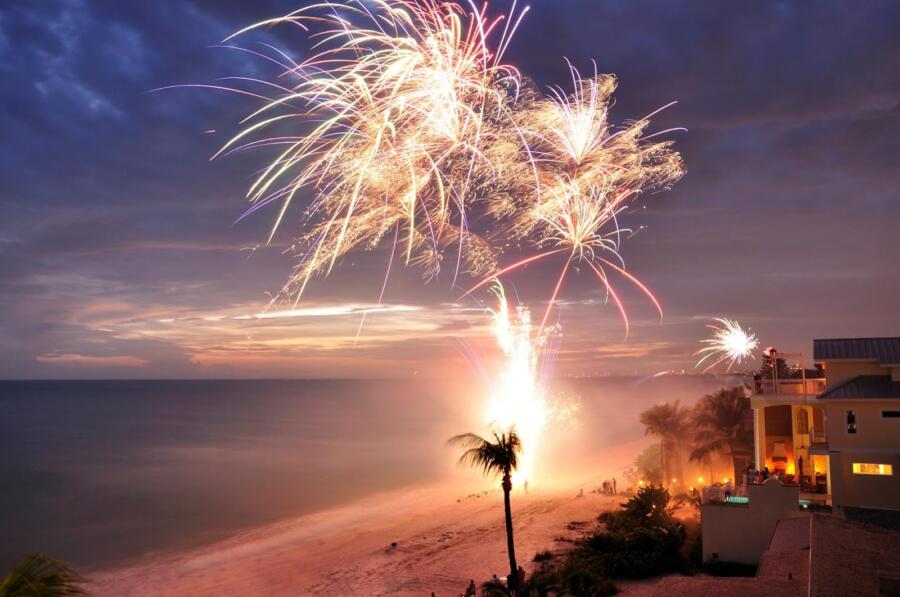 Planning a fireworks show is a fun but slightly complicated endeavor. First, you must decide what kind of effects and fireworks you will use. Then, you need to find a source to acquire the fireworks. Finally, you need to make a safety plan that conforms to local laws and regulations. There’s a lot to do here. Fortunately, there are plenty of ways to accomplish this arduous task without too much difficulty. But finding the right effects is where the real challenge lies. It’s vital to find effects that will amaze your audience but also be easy to pull off within the context of your show.

Today, we are talking about different fireworks effects, what they’re called, how they work, and why they’ll make a significant effect to help your show go off with a bang.

If you’re looking for genuinely special fireworks to get your party started with a bang, mortar shells can undoubtedly provide the precise effects you desire. As aerial fireworks go, they’re varied and versatile. So, what is a mortar shell, exactly? It’s a type of firework that fires a star-shaped shell into the air. They’re incredibly cool and visually spectacular. As Popular Mechanics puts it, a mortar shell contains a time delay fuse, stars, and a bursting charge. There’s also some black powder in there to generate lift when users light the fuse.

Also inside the shell are various compounds that create the colors viewers witness in the sky. Composed of multiple metals, salts, and other chemicals, they help to generate the magnificent effects we see each time someone fires one up. The star patterns are created by a design mechanism within the mortar shell that makes the pattern.

Roman candles are a special type of firework that contain a tube, a lifting agent, a fuse, gunpowder, and fancy stars that make patterns when you launch them off. Do they come in different shapes and sizes, with multiple shots available? What’s probably most appealing about Roman candles is their luminous display. Roman candles can fire up into the sky, light it up incredibly brightly, and translate wealth video.

That’s why so many influencers, tiktokers, and YouTubers showcase them in their fancy videos. They’re fun to play around with during a celebration – so long as you do so with safety in mind – and are one of the most versatile fireworks one can procure.

Buying a variety of roman candles online can give you quick access to some of the most enjoyable fireworks around while helping you create an amazing fireworks display.

If you’ve ever witnessed fireworks on the Fourth of July, you’ve undoubtedly seen a chrysanthemum display. Chrysanthemum patterns are sphere shaped spark patterns you see when an aerial firework explodes. An aerial firework is a puck that lifts off into the sky to generate a spectacular effect.

They always leave a trail of visible sparks and are typically the highlight of a fireworks show or event. If you really want to wow your audience and amaze them, go for a chrysanthemum effect mixed in with other aerial fireworks. You won’t regret it.

Aerial repeaters are a firework cake that can help you set up and enjoy a magnificent fireworks display. Designing a show around aerial repeaters takes some time and effort (most fireworks shows do). Think of it as multiple stages of planning. The first step is to determine the desired height, location, and angles of the aerial repeater. Once that’s ready to go, you just need to put it in the right location.

After that, it’s only a matter of firing off your favorite fireworks. After the initial blast, the display continues going with bursts of light, sound, and visually appealing patterns.  You can buy different types of ae

Flying spinners, or pinwheel fireworks are a fun and frenetic pyrotechnic suitable for any event. These fireworks, win lead, spin around rapidly shooting Sparks and their materials out in spectacular displays. The energy from the gunpowder and pyrotechnics inside the tube cause it to spin on its own. This makes it one of the most popular fireworks outside of aerial and Roman candles you can get.

If you’re looking to add a little bit of spice to a firework show or simply want to try something new, spinning fireworks with the way to go. Sure to keep a bucket of water, a fire extinguisher, so that you can enjoy your spinning fireworks safely.

Why is It Better To Rent Lighting for Concerts?

How To Make A Balloon Arch?