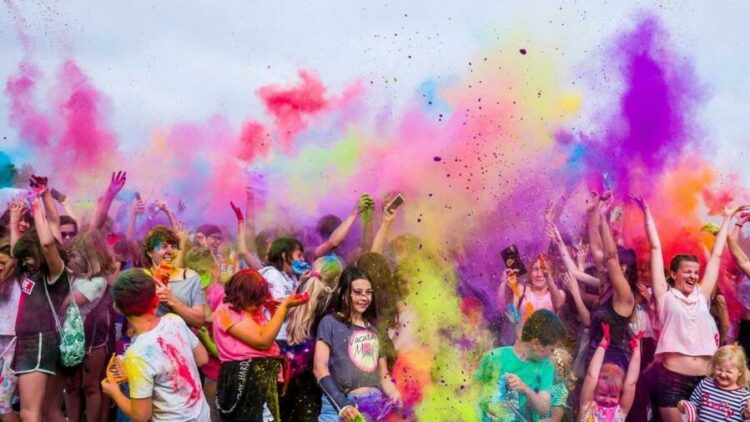 The first things that come to mind when you think about Michigan are its exciting college atmosphere, wonderful Great Lakes shorelines, and that it has been an essential part of the automobile industry.

However, another aspect that makes Michigan a great state to visit, especially in 2023, is the many exciting upcoming live Michigan concerts. These shows are an exciting way to begin 2023, and luckily for you, Michigan’s cities will welcome some fantastic A-list singers in the following months.

Therefore, we will help you decide which concerts in Michigan 2023 to attend with your best friends and have a tremendous amount of fun.

If you are from or planning to visit Michigan in 2023, it’s better to plan on March 29th to visit Detroit since Bruce Springsteen, with his E Street Band, is playing at the Little Caesars Arena.

Bruce is a living legend and a rare musician who will soon celebrate a 60-year career. He has 21 studio albums and is the originator of heartland rock, so it’s not surprising that Springsteen has sold more than 140 million records across the globe.

Considering his massive discography, Springsteen has many songs to play, so his live concerts sometimes last longer than three hours. Therefore, it’s more than worth buying a ticket for one of his upcoming concert, especially for his concert in Detroit.

If you do so, you will witness a performance by a legendary musician who has won 20 Grammys, an Academy Award, two Golden Globes, and a Special Tony Award for Springsteen on Broadway. Of course, he is also a member of the Rock and Roll Hall of Fame since 1999.

If you are not a fan of heartland rock, then you should maybe buy concert tickets in Michigan for Tove Lo’s show in Royal Oak at the Royal Oak Music Theater on February 15th.

Sweden’s darkest pop export, as Tove Lo was once described by Rolling Stone magazine, is a unique live performer because she has an authentic stage presence, and her music style is a mix of synth-pop, dance-pop, indie-pop, and electropop music. And as if that’s not enough, Tove Lo’s pop music is also influenced by grunge music, which makes her even more authentic.

Furthermore, you may not be aware that you already know about her music since she is also a co-writer and made ‘’Love Me Like You Do’’ for Ellie Goulding and ‘’Homemade Dynamite’’ for Lorde. In addition, Tove Lo has made music collaborations with many A-list singers and bands, such as Coldplay, Duran Duran, Nick Jonas, Flume, Kylie Minoque, etc.

Buddy Guy was ranked number 23 on Rolling Stone’s 100 Greatest Guitarists of All Time, so if you are from New Buffalo, Michigan, or planning to visit this place in 2023, it would be a shame not to buy a concert ticket for his live show. Buddy will be playing at the Silver Creek Event Center at Four Winds on February 24th.

He is one of the best and most charismatic guitar virtuosos the world has ever seen, playing blues all across the globe for an impressive 70 years! His music combines blues rock, Chicago blues, and electric blues, and he has a lot of material to play from his 33 studio albums.

This musician is a person that has influenced and been a musical hero of many legendary performers such as Eric Clapton, Jimi Hendrix, Keith Richards, Stevie Ray Vaughn, Jimmy Page, Jeff Beck, John Mayer, and many more.

Also, his singing voice is beautiful, so seeing such a legendary musician play the guitar and sing in front of your eyes would be a fantastic experience.

Once the 2023 Soulfly tour was announced, metal fans immediately rushed to find out where is the best place to buy concert tickets since this band is one of the greatest metal bands of all time. Luckily for you, Soulfly is coming to Flint on March 1st to play at the Machine Shop Concert Lounge.

This American heavy metal group has more than 50 upcoming live shows this year. One of them is in Flint, Michigan, which will be an unforgettable concert experience since Max Cavalera, Zyon Cavalera, and Mike Leon are fantastic stage performers.

Soulfly has been rocking stages since 1997, and they have stayed true to their mix of groove, thrash, and death metal music genres. Still, this band differs from everyone else because it includes world and Brazilian tribal music in its discography, which shows how authentic Soulfly is in the metal world.

The band’s first album sold over 500,000 copies in the United States, and all of their first six albums debuted on Billboard 200. It is even more significant success for a band with such an alternative sound in the music business.

Lastly, a concert that you should consider attending if you like to experience something different or you love contemporary folk music is Susan Werner’s live show at The Ark in Ann Arbor on April 7th.

Werner is an American singer-songwriter who also uses music genres such as jazz and gospel.

Susan initially wanted a career in opera, but luckily for her fans, she saw a Nanci Griffith performance and got the inspiration to compose her songs on an acoustic guitar. She first made a name for herself in the folk scene while performing around Boston, New York City, and Philadelphia, but today she is famous all over the country, so her concert in Michigan is your chance to see her perform.

Susan Werner is a multi-talent since she also wrote the lyrics and music for a musical based on the Bull Durham film, which had its premiere in 2014 at the Alliance Theater in Atlanta.

Her talents are not a surprise since she was born into a musical family as her mother was a singer and all of Susan’s five siblings have a talent for music. One of her brothers is a drag queen performer, and another is a professional stand-up comedian.

These five Michigan concerts are not so far away, so make sure to buy tickets as quickly as possible, and don’t forget to have a lot of fun!

Also read: Top Tips for Spicing Up Your Funfair or Fairground Event