Lauren Conrad: 5 Things to Know About Her fiancé, William Tell! 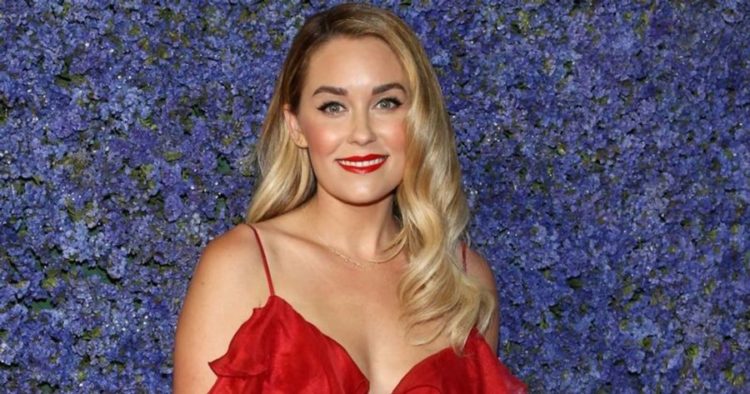 We all know the big name, that is, Lauren Conrad. Lauren, to be precise, is an American notable television personality and star, along with a bright fashion designer, an author, and a successful businesswoman. Accordingly, she stole the Hollywood limelight by being the leading light in TV shows like Laguana Beach and The Hills which brought her immense fame.

Conrad revealed one day on her blog out of nowhere that she and her boyfriend William Tell over the weekend got engaged by displaying the circle-cut diamond on her ring finger. As a result, the mass went crazy knowing that the smart lad had proposed and Lauren was off the market. Good for him but bad for us.

Now let’s get down to business and learn all that we need to know about William Tell, beau of the famous Lauren Conrad.

5 Things You Need to Know About William Tell

The couple is subtle and private about their relationship and its progression so it is hard to get tidbits out of their inner circle of life. However, we have managed to get some out so here’s some tea for you lot out there.

It was the Valentines of 2012 when they were introduced to each other by their friends in Orange County, California, where they both were born and raised. Living in the same city, the two were meant to be together, or should we say soul mates?

Introduced to each other by their mutual friends, the blind date could not have gone any better as William Tell had charmed off the lot by just one hello, as per what goes.

Where did William Tell musician find a fondness for starting a career in music? The credit goes to his father who taught him first how to control the strings of the guitar to the rhythm in 2001 when his band “Something Corporate” got its professional start with Orange County alt-rockers.

You heard us, Lauren loves a rocker! William Tell was the guitarist in “Something Corporate,” which was born in 2001.

Oh, and music isn’t the only thing his father passed down to him but also his name. Yes, he has the same name as his father, William Tell. Suffice to say, the saying sets just right with the duo, like father, like son!

The music man followed his heartstrings to the map of his dreams. Before he went to the USC to study law as an undergrad he became a singer-songwriter producing his own music. His personal soundtrack “Just for You” later released his solo debut album in 2017 called, ‘You Can Hold Me Down”.

Before the footsteps of Lauren, Brittany Snow, a renowned actress, and Said Murray, the Bachelor season 9 participant, were his previous romantic partners.

Sadie has openly discussed how William doesn’t date to pass time but always has the best intentions to marry. He does not date if he isn’t in love and moves on to the next best thing. He is made of what you call the perfect husband material.

What’s more, Lauren and her friends had approved him at the first hello. Word is William checked the whole list to be ‘the one’ for Lauren at the first meeting. Lauren is head over heels for Tell and loves that he is an ordinary guy who isn’t linked with the industry.

Her friends even speak about how her previous relationship with other guys doesn’t even come close to what she has with William Tell. Smart and funny, Lauren did not have any other choice but to fall for his personality and cool looks.

They are total couple goals, one that likes to keep it off the public eyes. William does not use Twitter or social media but doesn’t shy from flaunting his fiancé when need be.

A Book Worm and into Law

After realizing his age brought him to a career decline and with an extending peer pressure surrounding his mates becoming successful lawyers, he had to switch his path. Therefore, William decided to leave his punk band days behind to pursue a career in the subject of law at the University of Southern California.

Henceforth, he entered the realms of being a lawyer and retired from being a guitarist in his band. This brought him stability and the validation he needed as he matured by time.

Do You Think You’ve Heard His Name Before? We Bet You Probably Did

The Lone Ranger’s theme, also referred to as “The William Tell Overture” by Gioachino Rossini rings a bell and tugs at your brain cells ever since you found out Conrad was about to get hitched. In fact, folklore says that the Swiss legend William Tell, on whom the Rossini opera is based, used a crossbow to successfully shoot an apple off his son’s head.

So if you haven’t known him besides his singing career or his love life and your thoughts are running in circles, catching tails, where you’ve heard his name before, it is probably because of this tradition. Or it could be because of his amazing music, or because of Conrad. It could be anything.

Lauren Conrad’s admirers have experienced the ups and downs of her love life alongside the Laguna Beach native while watching The Hills and then keeping up with her in her post-MTV years. The prelude, however, was created by her most recent partner and fiancé.

While several of the bride-to-ex-boyfriends are well-known, tell has kept a low profile while pursuing Conrad over the past year and a half. However, William Tell’s identity as an “ordinary guy” doesn’t make us any less intrigued!