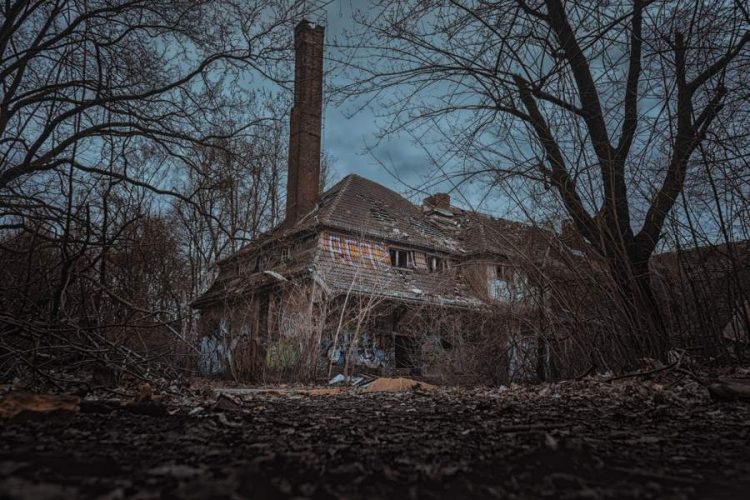 As humans, many of us have an almost-odd obsession with the dark natures in this world. From the unsolved mysteries that may never see an answer to turbulent histories that seem to leave the air in certain places thick with dread and worry. If you are someone with a keen mind for the darker side of humanity, here we’ve put together a list of destinations that will satisfy your need to know more.

Remember, some of the locations we have mentioned have seen much blood spilled, people lost their lives and you must take the utmost respect when visiting these places. Be kind, be respectful, take nothing but photographs and leave nothing but footprints.

Considered one of the most haunted locations, not just in Europe, but across the world. Leap Castle has a dark history of brothers cutting down brothers and potentially hundreds of people thrown to their death in the dungeon below. No-one quite knew the extent of how many people may have met their demise at Leap Castle however during work in the 1900s, an underground dungeon room (known as an oubliette) was found, full of human bones. It took workers over three cartloads to remove them all.

A beautifully ornate chapel, until you look a bit closer at the decor. The Sedlec Ossuary is famous for the use of over 50,000 human skeletons that line the walls, initially started by local woodworker František Rint in the 1970s. The most intriguing piece is the central chandelier, an enormous sculpture said to contain at least one of every bone that appears in the human body.

The location of the infamous Jack the Ripper slayings, Whitechapel was once also the home to England’s greatest gangsters. Here you can literally walk in the forgotten footsteps of the mysterious killer as many of the roads and cobbled pathways from 1888 still exist today, as do some of the pubs that the Ripper himself was thought to frequent. On a visit to Whitechapel, you can take part in a Jack the Ripper walking tour that will take you to the destinations that the victims breathed their last and learn about the potential suspects such as Joseph Barnett, Montague John Druitt, and Dr. Francis Tumblety.

On the 27th April 1986, the world shook at its core as a nuclear explosion happened at the No. 4 reactor in the Chernobyl Nuclear Power Plant. Today, the area is no more than a ghost town which nature is rapidly reclaiming for itself. Although relatively few people died on the day, the effects went on for years, touching tens of thousands of people and causing radiation sickness, cancers and other radiation-induced illnesses.

Arguably one of the darkest of dark tourism locations, the Auschwitz Concentration Camp Museum is what is left from the Nazi-controlled concentration camps that occurred during World War II. The area stands as a tribute to the millions of Jews who lost their lives and a reminder of the evils of human history. Auschwitz is not a family-friendly holiday destination, it is a place people go to give their respects and remember their ancestors. Pay the utmost respect here as you would anywhere that has faced a terrible history and leave your young children at home so others may mourn and pay their respects in peace.

Famous for the Vesuvius volcanic eruption of 79 AD, Pompeii is literally a city fossilised in time. When the ruins were uncovered, archaeologists made a striking discovery – the city and its inhabitants had been petrified by the volcanic ash and lava. You can still see the positions and places that people – and their pets and animals – met their end when the volcano erupted. Pompeii offers a terrifying but fascinating glimpse into what Roman life was like.

The world is full of interesting places to visit – both with a dark history and with incredible fast-moving development into the modern world. If you are planning your next holiday why not try somewhere new – even if these dark locations don’t incite your interests, there is bound to be somewhere that does.