6 Inspirational TV Ads Which are The Best Examples of Humanity, Bravery and Kindness

You might have come across many of the advertisements in your life which have created an everlasting impact on you. Not every ad you see inspires you, only some are there out of thousands which you still remember like Parle-G ad, Lifebuoy ad, Nescafe Ad and so many others. Some of you may find these ads irrelevant while some may find them very interesting.

Check out the list of some of the most inspirational TV ads which will help you revive your childhood days.

Parle-G revives our childhood memories and it’s still our favourite. You might have seen this commercial which has been created using a theme ‘Don’t stop’ means Roko Mat Toko Mat, where children’s are fearlessly using their genius ideas to bring out something new and creative while eating the biscuit.

2. Vatika Oil’s Ad “Brave and Beautiful” which shows the boldness of a ‘cancer survivor’

Vatika Oil has released an ad way long before which was based on the theme of a cancer survivor. In an ad, there is a woman who goes bald and tries to be normal every day being a cancer survivor. The ad wants to portray that one need not have hairs to look beautiful. The ad is truly an inspiration for so many.

3. Nescafe Ad “ItAllStarts” which shows the struggle of a boy who stammers a lot

This ad became very popular due to its simplicity its shows. It shows the struggle of a boy who faces issues of stammering and still how he tries hard to become stand up comedian. This ad was one of the best ads from Nescafe so far.

Bharati Airtel’s ad ‘Proud to be Indian (Bharati)’ makes us proud by showing the glimpses of the lives of some of the greatest icons of India like Aryabhatta, Susrutha, Mahatma Gandhi and Jagadish Bose. It beautifully portrays the message, “When you stand for what you believe in, you can change the world”, that truly inspires many of us to recognise our hidden potentials.

This ad by Lifebuoy soap shows how every year many children’s die just because of serious infections like diarrhoea and pneumonia which can easily be prevented if they wash their hands using soap.

The ad shows a touching and emotional video where a father is walking on his hands with legs up in the air to the local temple to offer a vote of thanks to god in a temple (as his child reached 5 years of age as he got no infections or any such thing).

Tanishq Remarriage Ad uses a unique way in which they show awareness about a widowed and divorced woman in India and how they are treated in society. It shows that they should not be considered as outcasts in the common Indian custom.

Rather than blaming them they should be encouraged to consider remarriage and lead normal and fruitful lives as others do. 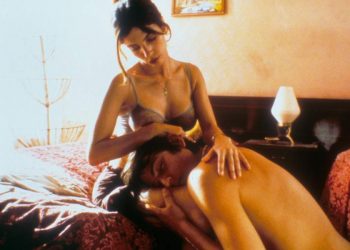 If you are searching for romantic and sexy movies to watch then you are in the right place. The streaming...

Binge-watching web series has become the order of the day. Lots of TV series contains stories that teach us about...

Sex Toy Sales on Soar: Thanks to COVID-19