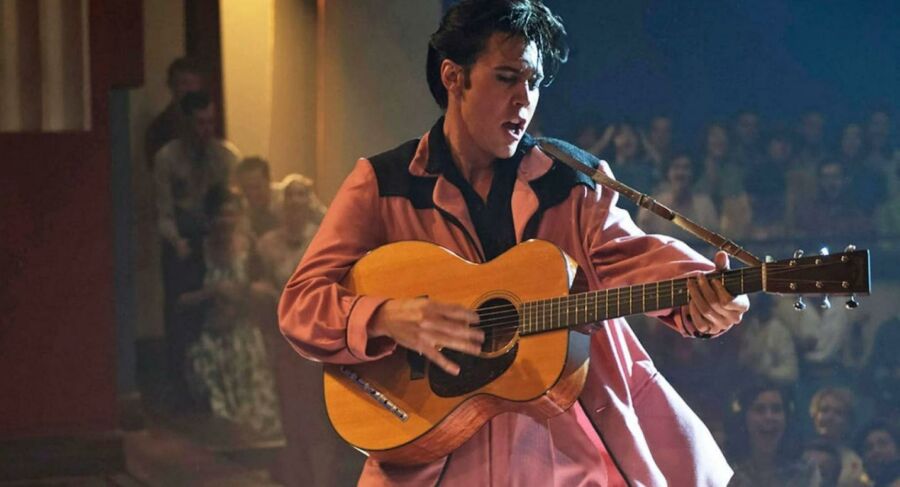 Biographical films are based on true events or the life of a notable celebrity or public figure. The most fascinating aspect of biopics is the stellar acting of the actors, as they embody the personality and demeanor of the figure they are attempting to be like. This year, we will get to see stellar biopics such as My Best Friend Anne Frank, Blonde, and Elvis, among others. We’re certain that one of these films might just be in line to bag an award or two, so do keep a lookout when they are released.

If you are interested, do check out the films on Acorn TV in NZ. So, if you are a fan of watching dramatized versions of your favorite historical figures, get ready to be blown away by fantastic performances this year.

So, let’s take a look at the 7 best biographical films that you must see in 2022:

Slated to be released in 2022, Blonde is a biopic about the ethereal beauty who stole the hearts of millions across the globe – Marilyn Monroe. The film stars Ana de Armas, the latest Bond girl, who will be reenacting and weaving the life of Marilyn Monroe onto our screens, all the way from her childhood to her turbulent, controversies as an adult. The film is a fictional account of her glamorous life.

The actress, Ana de Armas, has donned the icon’s classic clothes and signature, luscious blonde locks to look the part. Moreover, Ana went through a grueling nine months to perfect her voice for the role with a voice coach. Marilyn Monroe’s life is full of tragedy and darkness. The icon suffered from numerous health conditions such as gallstones, endometriosis, and drug addiction which would accidentally claim her life at the mere age of 36.

You can also learn more about celebrity biography.

An Elvis Presley biopic was long overdue, and who can be a better director than Baz Luhrmann, known for his eccentric style of filmmaking. This musical biopic pays homage to the biggest star America has ever seen, the enigmatic Elvis Presley. The film showcases the relationship between Elvis (Austin Butler) and his manager, Colonel Tom Parker (Tom Hanks).

The two saw each other go through turbulent times in the 20 years that they knew each other. An insider’s peek has revealed that the film received a spectacular standing ovation at the Cannes Film Festival.

Austin Butler has done a terrific job, according to sources, and he’s also picked on Elvis’ drawly accent and plays the guitar, as well.

Oppenheimer is directed by the Oscar-nominated director Christopher Nolan, so brace yourself to have your minds blown away. The film is based on the father of the atomic bomb, J Robert Oppenheimer. The gentleman is known best for quoting the Bhagavad Gita: “Now, I am becoming Death, the destroyer of worlds” and though his efforts are commendable.

He realizes much later the ramifications of the scientific triumph that he was a part of. It’s based on Martin Sherwin’s and Kai Bird’s biography called, “American Prometheus: The Triumphs and Tragedy of J Robert Oppenheimer”.

Leonardo DiCaprio will be starring in the notorious cult leaders biopic called Jim Jones. The film is written by Scott Rosenberg and will be produced by DiCaprio, as he walks us through what happened in the Jonestown Massacre. Learn more about Jim Jones’s Biography. Leonardo is no stranger to dark roles, as he’s had his fair share of twisted roles such as that of Jordan Belfort in The Wolf of Wall Street or Mr.Candy in Django unchained.

Jim Jones is responsible for brainwashing his followers and setting up a mass massacre where children 10 or younger drank punch laced with cyanide. This biopic aims to shed light on the disturbed early life of Jim Jones.

He was known to hold funerals for his roadkill and had strange, bizarre ideas that led him into a life of disconnect and alienation from his family and friends. Jim Jones will be a fascinating watch into the cult leader’s life and we can’t wait to watch it!

A Biopic on Bob Dylan, ah! It doesn’t get any sweeter than this! Bob Dylan was one of the best songwriter-singers and he had the innate ability to mold himself into any genre.

His music slowly transitioned over the years from American folk to electric in 1965. The movie will shed light on his early life as a musician, especially on the time when he switched out his acoustic for an electric guitar and ushered in a new era of rock music.

The leading role has been given to Timothee Chalamethas, a talented, young face who has most recently starred in the blockbuster movie, ‘Dune’. The actor has been working hard to slip into the role, as he attempts to replicate Bob Dylan’s voice and charisma.

My Best Friend Anne Frank is about the real-life friendship between Hannah Goslar and Anne Frank. The two friends meet one another again in a concentration camp.

7. Prizefighter: The Life of Jem Belcher

This biopic is based on the life of Jem Belcher, essentially a story about the origins of boxing. The story follows Jim Belcher and his journey to becoming the world’s youngest ever world champion. The most fascinating aspect about Jem was that he was partially blind in one eye.

The boxing legend fought for his way to the top and became the champion of England.

The biopic will focus on the young lad as he looked up to his grandfather Jack Slack take-up men as a bare-knuckle pugilist. Matt Hookings plays the lead role of Jem Belcher.

We hope you are as enthralled as we are by the above selection of biographical Films. Let us know in the comments below which of the 7 best biographical films will you be seeing this year.