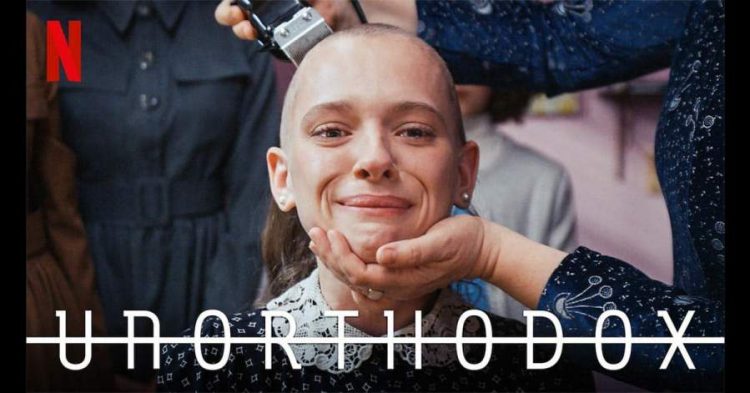 Are you searching for German language shows and movies on Netflix?  The content is well known for its depth and intensity. The plot and the characters of the series and films are also great. So here is the list we have prepared to encourage you to watch the German series and films. The streaming giant Netflix has added a lot of foreign language content from all over the world. Have a nice time watching these contents on Netflix.

One of the popular German-language series of this year is Freud. Its first season was a great hit. The eight-part series describes the life of the popular psychologist, Sigmund Freud. But this is a reimagining of his life. He works to solve the crimes in Vienna along with psychic and a police officer. We get to see young Freud using his skills to save the victims. We do not how the Freudians will think about this but this adaptation is a favourite of many people. Do not miss to watch this series.

This is a German romantic comedy film made by Oliver Kienle. The main protagonists are Dennis Mojen and Lisa Vicari. Also, the story is about the daughter of a billionaire and a struggling boxer. At first, they start to date each other for their own benefit. However, their love blossoms and they fall in love with each other. You and your valentine can watch the show and enjoy it.

This is a 2016 film directed by Maren Ade. It got named as the best film of 2016. The film also received nominations at the Academy Awards. The story shows us the highs and lows of the corporate world. It is a three hours’ comedy about the relationship between father and daughter. The father decides to see the daughter after the death of his dog. However, he causes a lot of problems for his daughter. There is sharp humour in the film you will love.

This is a 2015 film directed by Philipp Kadelbach. This is a deep world war ll drama that happens in Buchenwald concentration camp in 1945. We get to see the struggles of a Polish Jewish boy who gets smuggled into the concentration camp. He starts to learn to live in the prison amidst dire circumstances.

This is a 2003 tragicomedy film made by Wolfgang Becker. The cast of this film is Daniel Brühl, Katrin Saß, and Chulpan Khamatova. This story takes place in East Germany where a mother in a family wakes up in a coma. The son tries to hide the shocking events like the fall of the Berlin Wall and the collapse of communism from her. This film received lots of accolades. The son does all he can for his mother not to get a heart attack. Then, they recreate many things for their mother to believe that everything is normal.

This series tells the story of a woman who gets married to an orthodox Jewish family. But she runs away from the household to Berlin. She tries to start a new life in the place and hides from her relatives who come to get her back. This series received a good reception from the audience with 8.0 rating.

This is a story of a nine-year-old girl named Benni who gets termed as a system crasher. She is an aggressive and difficult child to deal with. Her mother also gets trapped in an abusive relationship so she finds it hard to cope. We get to see how many people try to control the child and how she ends up in the end.

These are the seven best German series and films you can watch on Netflix. They belong to many genres that will interest you.