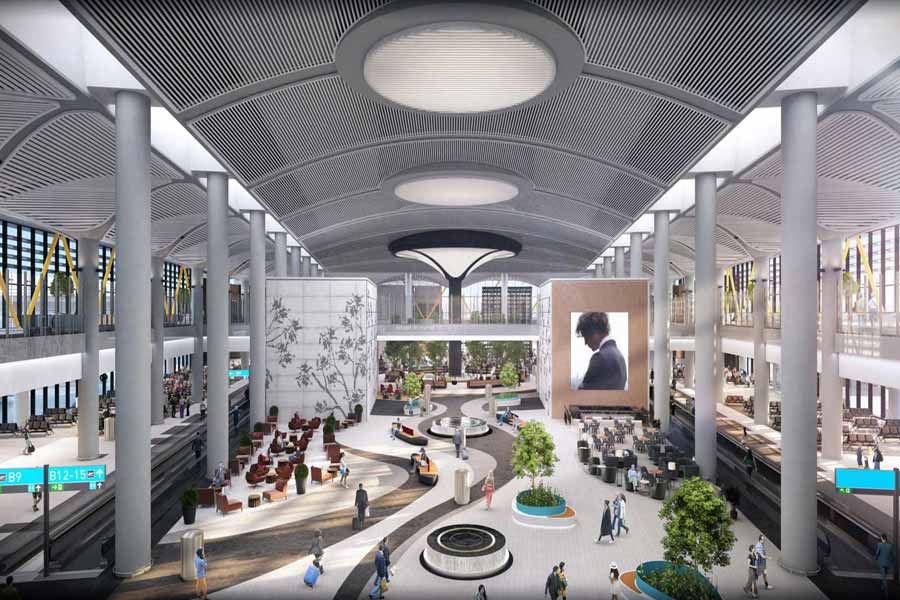 Airports are the first impression when you travel across the city. Most of the avid travellers tend to build an opinion about the place by the ambience and the architectural design of the airport. You won’t imagine that there are some really amazing airports around the world that offers visitors a delightful experience during their time in the terminal. Some airports can even put you in the holiday mood before you reach your desired destination with the striking structural designs and amazing facilities like art galleries, branded showrooms, rooftop pools, cinemas and art museums etc to keep the travellers entertain while waiting for their flights.

In this article, we will talk about 7 of the world’s coolest airports which you would like to visit once in your lifetime.

Singapore’s Changi International Airport is one of the world’s best airports for four consecutive years (2013-2016). The airport offers some of the world class amenities including top class restaurants, branded retail stores and duty-free shopping options.

It is one of the busiest airports in the world and also the largest airport in South Korea. The airport offers an array of shopping and dining options and a museum of Korean culture.

In addition to this, the airport also has an 18-hole golf course, an ice-skating rink, and indoor gardens to keep the travellers entertained. One interesting thing about this airport is that it is located between islands, which make it an incredible view for the travellers.

Dubai International Airport is one of the third busiest airports in the world and has the largest airport terminal. The airport has many designer boutiques and jewellery stores.

Also, it has separate pools on different floors and spa parlours to make yourself a bit relax by getting a soothing massage before your departure to your destination.

The airport is located on the island of Chek Lap Kok that offers incredible and breathtaking aerial views to the visitors. This airport also has a flight cabin simulator where travellers can have the amazing experience of being a pilot.

Also, there is a nine-hole golf course present at the airport where travellers can have fun during their waiting period at the terminal.

Helsinki Airport has received many awards for being one of the best airports in the world. It is quite famous for its cultural art galleries and exhibitions within the airport compound.

Also, it has a lounge featuring a monochromatic design. Moreover, the airport also has a terrace garden and aviation museum, which travellers can explore in their free time.

This airport is quite famous among travellers around the world for its themed lounges. These unique lounges at the airport compound have comfortable seats, charging stations and interesting exhibits to keep all the visitors entertained.

Also, there are several gaming stations for kids to spend their leisure time at the airport.

Madrid Barajas Airport is one of the largest airports in Europe. The airport is beautifully designed in such a way that makes you peace and calm.

The airport offers a wide array of shopping stores and different brewery options to make sure that you have a relaxing layover before you head to your ultimate destination.