9 Fun Facts About Friends TV Show and Its Cast 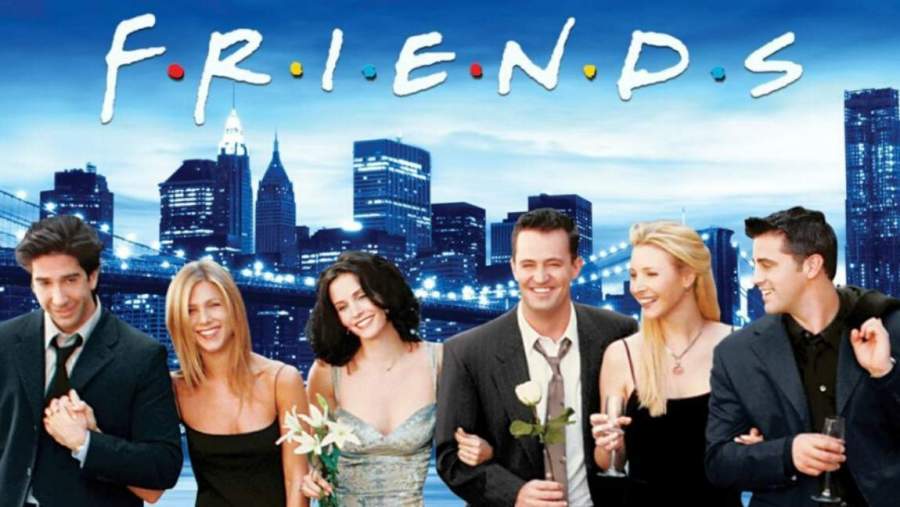 Who doesn’t like the famous sitcom of the 90s and early 2000s, FRIENDS TV Show? The series got a huge popularity and almost changed the way TV shows used to be in the 90s. The series lasted for 10 years and none of the fans ever wished it to end. The cast of the show gained worldwide popularity, they were once marked as the world’s most paid actors, especially the female cast. Even today the series the Friends TV Show is being watched worldwide, it is still equally loved by youth though it’s been more than a decade now, the series doesn’t fail to impress anyone.

Jennifer Aniston, the famous actress of Hollywood, too shoot to fame after playing Rachel in the series. So today we decided to unfold some

Fun facts about the Friends TV Show and its star cast:

1. The show’s title wasn’t ‘Friends’ in the starting

David Crane and Marta Kauffman wrote the script under the name of Insomnia Café. In was later changed to the Friends TV Show Like Us, when NBC bought it, then it again switched it to Six Of One. But then the show premiered they decided to call it Friends.

2. The Courtenay Cox and Jennifer Aniston switched their roles

Actually Jennifer auditioned of Monica and Cox was to play Rachel. It was Cox who likes Monica’s ‘strong’ character and requested to play that instead.

3. They all had a trip to Vegas

Director James Burrows actually took all six of them on a trip to Vegas before the show was aired. This is because he said, “This is your last shot at anonymity, once the show comes on air, you guys will never be able to go anywhere without being hounded.”

When Lisa first read the script she thought that Chandler was gay. Well, many people too thought that he was gay.

5. The show was filmed in front of a live audience

Other than a few episodes, a large part of the series was filmed in front of the live audiences. Sometimes the cast would do some small pranks for the sake of their audiences.

6. They switched the apartment

When we never happened to notice but during the series, the apartment was switched a couple of times. In some episodes, Monica’s apartment changed from 5 to 20.’

7. The Magna Doodle at Joey’s door was a part of the job

When fans became crazy for the show they would look for hidden meanings in that Doodle. So Paul Swain’s job was to manage that.

Bruce Willis actually appeared free for the show, and that’s because he lost a bet to Mathew Perry.

We often noticed Perry’s fluctuating body weight in the series that is because he was dealing with an addiction to drugs and alcohol. But the actor was never high on the show.

1. Chandler: “Today is the 6th.”
Monica: “No.” [Shows Chandler a calendar]
Chandler: “Yes. It’s also in 2003.”
Monica: “That means I may be done ovulating! I may also have served some very questionable meat at the restaurant!”

4. Rachel: “I’m not someone who goes after a guy five minutes after he’s divorced.”
Monica: “No, you go after them five minutes before they get married.”

5. On Ross’ white suit: “I like it even better on you than on Colonel Sanders.”