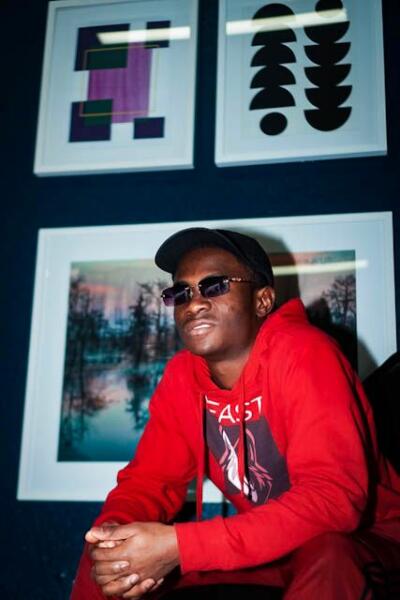 Luck makes you believe more in it when it creates something that changes your life forever. TikTok has changed millions of lives, and people have become stars just in one night. Still, it demands creativity, talent, and skills to continue that fame you have through your fate.

21 years old Hakeem Masood is the name who inspired the TikTok world through his creative, funny, and humorous videos to make the audience feel a “Happy Moment” for a second. That is true; a guy from Queens, New York, has always been a quick learner to master knowledge at every stage of life.

The Inspiration behind The TikTok Buzz

Hakeem always strives to spread positive vibes through his lovely, funny, and energetic attitude to influence the internet world. Ranging from his own family and friends to the fans of TikTok, Hakeem Masoud never failed to make their days by sharing his humorous jokes and funny talk.

Hakeem has always dug out negativity from the world’s negativity to create good memories. Hakeem seems unstoppable and showcases his real identity without any fake makeover. If we talk about his TikTok content, we will find hilarious content, skits, tv show reviews, and insight lessons. People worldwide loved his style and humor due to his funny and creative personality.

The Video That Went Viral In No Time

The famous video that went viral and changed the life of Hakeem Masoud as a TikToker was a TV SHOW review on the episode of hoarders. As Hakeem shared his thoughts,

“In the video, a mother admits to resenting her three kids. I am a soon-to-be father of my first child in three months on March 9th of 2023, and this broke my heart because children are the best blessing you can ever get in your life! My father walked out on me on my 1st birth on March 1st, 2001, so seeing this made me make that video so I can also connect with some of my viewers as well who went through something similar like me but also to show them that comeback is always stronger than the setback!

“Hakeem considers there are numerous perks and benefits to choosing to be a TikToker in this digital era. As Hakeem shared,

“In my opinion, the biggest perk of being a TikTok influencer is that I get to be a positive role model not only for adults and teens but little kids as well. I never had a father figure, so that made me want to become an even more positive role model for children and show them that you can be anything in life if you work hard and know who you are; the skies are the limit!!”

Well, Hakeem usually makes videos at around 9 or 10 pm and then posts them early in the morning at around 6 or 7 am so that everyone can see them. It’s also a super trick for the emerging TikTokers who aim to dive into the TikTok game.

Hakeem Masoud with His TikTok Vibes to Influence the World

Hakeem always succeeds in making people fall in love with him due to his interactive and funny attitude. He aims to connect with his viewers in his videos and let them know that he just doesn’t want them to only listen to his perspectives. He wants to get his fan’s feedback as an important asset.