A Complete Guide on How to Subtract Fractions 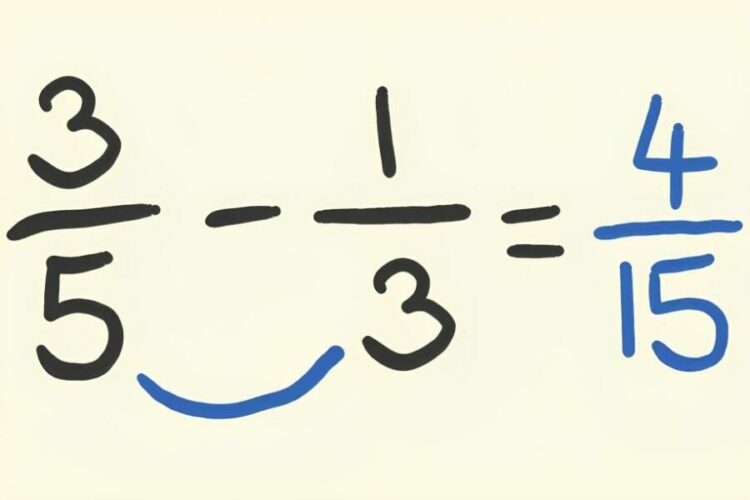 If your fractions’ denominators aren’t the same, you’ll need to change them. Create a list of each denominator’s multiples to help you identify a number that both denominators contain. If you’re doing 1/4 – 1/5, for instance, list all the multiples of 4 and 5 to get at 20.

Remember that if you change one of the fractions in the problem, you must also change the other fractions to make them all equal.

Subtract the numerators if you made equal fractions with the same denominator or if your starting denominator was the same. Write the answer, and then directly beneath it, the denominator.

Fractions and whole numbers are known as mixed numbers. Change all of the whole numbers into fractions to make subtracting them simpler. Because of this, the numerator will be greater than the denominator.

To create an equivalent denominator for the fractions, find the lowest common multiple of both denominators. For instance, to find 28 if you’re working with 11/4 – 8/7, list all the multiples of 4 and 7.

Make sure that the denominators are the lowest common multiple. Multiply the whole fraction to do this.

If one of the fractions in your problem has had its denominator modified, you must modify the remaining fractions such that their ratios remain the same as the original problem.

Also read: What are Different Ways to Divide Fractions