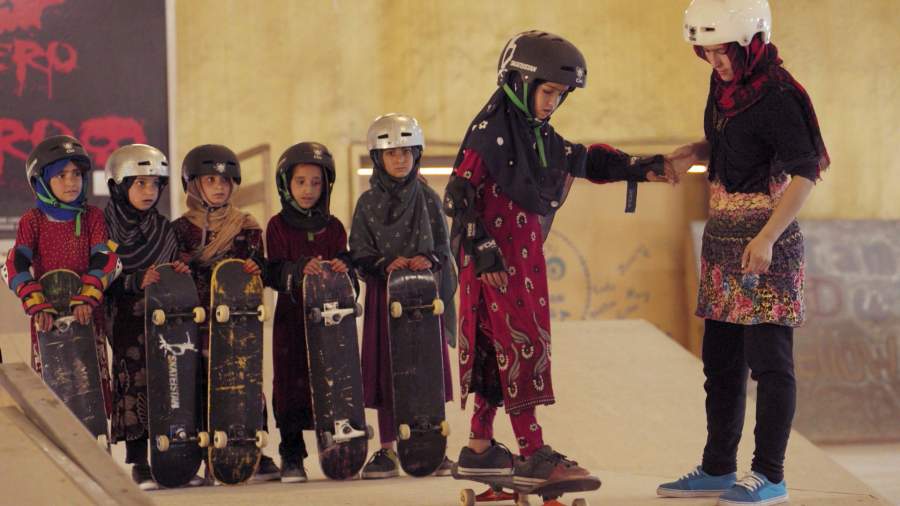 We can’t deny the fact that how young girls are residing in war- Torn Afghanistan. In addition to the consequences of being in a conflict zone, some of them are even facing poverty. Due to the cultural and religious norms, safety concerns and several other reasons, girls have very limited opportunities to actively participate in sports. Then, there are girls belonging to the young generation who are ready to change the society and the norms to grow up, they are making this possible by learning skateboard. Recently, the documentary “Learning to Skateboard in a Warzone (If you’re a Girl)” portraying the skateboarding Afghan girls has won an Oscar.

Who has directed the documentary?

‘Learning to Skateboard in a Warzone (If You’re a Girl)’ just won ‘Documentary (Short Subject).’

This is an amazing film about the power of young women that everyone should see. Glad it’s getting the spotlight, at least for a few minutes. ? #Oscars pic.twitter.com/FP1dy4SuIT

The film has been directed by Carol Dysinger and produced by Elena Andreicheva. They are proud to receive such an honour for their movie.

Have a look at what Dysinger has said about her movie

“This movie is my love letter to the brave girls of that country. They teach girls courage, to raise your hand, to say I am here, I have something to say and I’m going to take that ramp, don’t try to stop me,”

What the movie is all about?

The movie features Skateistan, a school, which used to teach skateboard to the small community of kids by Oliver Percovich, in 2017. The school was later transformed into a non-profit organization that offers both education and skateboarding practice to the children who require it. The organization was originally founded in the streets of Kabul, Afghanistan. Now, it runs in South Africa and Cambodia too that offers education to 1600 students.

“learning how to skateboard in a warzone (if you’re a girl)” deserves all the recognition in this world pic.twitter.com/Y0asmqwfrR

Since 2009, the organization has been making a positive impact on girls. If not for Skateistan, these girls would be, as Dysinger explained to Deadline: “very much in the house around the women helping out, hanging onto skirts, trying not to be bored and taking care of the boys or the babies, whichever there are more of or who needs it.” Instead, they have a brilliant opportunity to learn and skate.

“It’s a movie I’ve wanted to make—not the skateboarding part, but the girls part; the skateboarding was extra but effective, it seems. And it was just such a pleasure to be able to get my favourite part of Afghanistan, which is the girls. I just love these kids. I just love them so much and it was just so nice to be able to bring them into the world where they’re rarely seen as the people they actually are,”.