A.J. Brown Pulls Out of Youth Football Camp As He Receives Death Threats 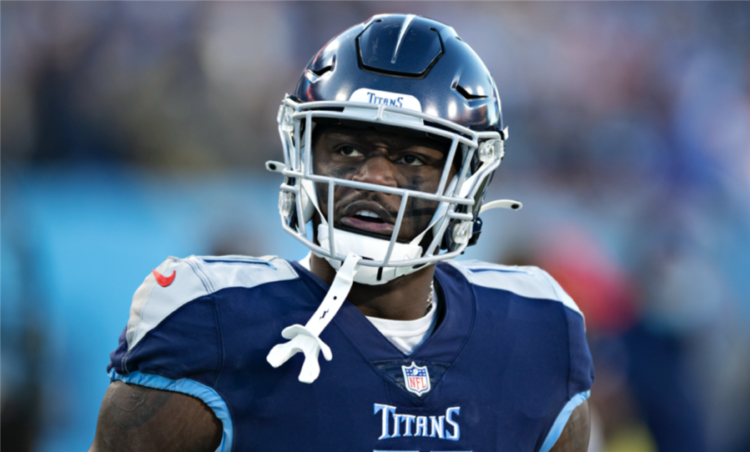 A.J. Brown is a well-known wide receiver in the NFL. This offseason the wide receivers seem to be on the move. In fact,  the Tennessee Titans traded A.J. Brown to the Philadelphia Eagles on the first night of the NFL Draft. The Titans traded Brown in exchange for a first-round pick. Later we came to know that the Eagles signed Brown on a four-year extension.

Brown recently garnered some praise as he decided to host a youth football camp in June in Nashville. However, on Friday 20th May, he released a statement. In it, he stated that he was pulling out of hosting the camp. As the reason for his backing off, he stated that he felt threatened. Seems interesting? Well, read this article to know more about this.

Brown’s rookie contract expired at the end of the 2022 season. Thus he was trying to seal a new contract with the Titans. But both sides failed to reach an agreement. Finally, this led the Titans to negotiate a trade with the Eagles. Later we came to know that the Eagles and A.J. Brown have agreed on a four-year contract worth $100 million.

On the other hand, the Titans’ fans were naturally upset with Brown leaving the club. It has always been seen that the fans are highly emotional. At times their emotion becomes uncontrolled, which ultimately cause trouble for others. Similar is the case with Brown. As Brown disclosed on social media, some of the fans took the issue too far by sending death threats to him. In this connection, he released a statement on 20th May.

In the statement, Brown apologized to the kids and others, for pulling out of the youth football camp. He went on to add that he had taken the decision for the safety of himself and of his family. He expressed his frustration with some fans who threatened to disturb his peace. Therefore, he stated that he will not be hosting the camp as that would land him in trouble. Check the link below for Brown’s statement:

A.J. Brown had been a stand-out performer for the Titans. Thus it was not wrong on his part to look for a new deal with them as his rookie contract expired in 2022. However, it seems that things didn’t work out well. Both the Titans and Brown were unable to come to an agreement. Therefore, the Titans traded him to the Eagles.

Meanwhile, the fans were upset with Brown’s decision. Fans are known for their emotional attachment to their teams. Moreover, no fan in the world would accept the loss of a star player like A.J. Brown. However, some fans crossed the limit and sent him death threats. Thus, responding to the threats and hate comments, Brown released a statement stating that he will not be hosting the camp anymore. This step taken by Brown seems justified as no one will want trouble in life. Brown also expressed his concern for the security of his family. He also apologized for pulling out of the camp. But given his situation, this seems to be the perfect decision.

There are many instances where fans threaten sports persons. However, the case of A.J. Brown seems a bit more serious. It seems from his pulling out of the camp that he is seriously worried about his security. It is true that fans at times become over-emotional. But we cannot ascribe such violent behavior to emotion. A lot of kids would have benefited from the camp. But the death threats and hate comments from the fans ruined it all for the. Though Brown apologized for it, the real villains are those over-emotional fans. Now let us wait for any further development in the Brown story.