A Peek Into The Life of Larry Strickland, Naomi Judd’s Husband 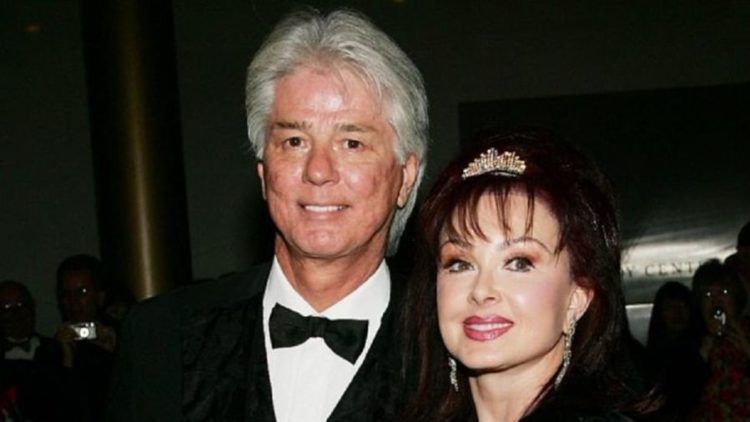 With the news of Naomi Judd’s demise, fans have become extremely sad. He was a country music legend who had major success in the 80s and early 90s era. The mother, Naomi Judd with her daughters ignited the passion inside the hearts of people with their soulful country music. The Judds was a name that was on the lips of many at that time.

So, it was the Judd sisters, who announced the tragic death of Naomi Judd to the press. Ashley Judd on her Instagram handle said, “today we sisters experienced a tragedy. We lost our beautiful mother to the disease of mental illness… we are shattered… we are navigating profound grief and know that as we loved her.”

In addition, she also mentioned how her fans loved her extremely. Although we don’t know the exact cause of her death yet, it’s worth noting some details about Larry Strickland, the husband of Naomi, who also expressed his grief over the death of his wife.

In this article, we shall talk about the legendary country music legend’s husband, Larry Strickland. So, if you want to know about Larry, then it’s time to go through this article.

Naomi Judd Shared A 33-Years of Marriage with Larry Strickland

On 30th April 2022, the Grammy winner Naomi Judd left this mortal world at the age of 76 due to mental illness. As we mentioned earlier, her daughters confirmed this news on social media. Since the news surfaced online, fans are curious to know about her. Though we know that she was battling mental illness, we don’t know the exact cause of her death yet.

Even though she has left this world, the listeners of her music will immortalize her. However, there’s one side of her life that you didn’t know about Naomi Judds. She was not only a legendary singer but also a wife to a wonderful person, Larry Strickland.

So, what do we know about Larry, in the first place? According to the facts, Larry Strickland is also a singer himself. As a music icon, Naomi enjoyed huge success in her career with her husband Larry. In fact, Judd once mentioned that she and her husband had a very similar upbringing. She said, “we come from similar backgrounds”.

That was one of the reasons why they exchanged the vows in May 1989. So, the duo was about to celebrate their 33 years anniversary this year. Unfortunately, the tragic demise of Naomi didn’t let that happen.

According to the sources, Larry was born in Ralegh, North Carolina, and he was also trained in Gospel music. He even joined J.D summer and Stamps Quartet in the 70s. In fact, he even toured with Elvis Presley.

So, Larry met Naomi Judd in 1979, and then after 10 years, they walked down the aisle. As for their marriage ceremony, it was a family affair. The records show that Judd’s daughters Ashley and Wynonna were the bridesmaids. In fact, Wynonna even performed in the ceremony as well.

It was A Simple Marriage for Larry & Naomi

The legendary country singer Naomi Judd had a simple marital life with her husband Larry Strickland. In fact, their marriage was a very down-to-earth one as a lot of people say. Moreover, in an interview, Naomi admitted on their 25th Anniversary that the couple had huge plans to go to Red Lobster.

Larry Strickland was a very supportive husband of Judd. He even supported a lot of Judd’s career endeavors, like writing her memoir and hosting her own TV show Naomi’s New Morning, etc. Furthermore, he was always there for Naomi during her strenuous fight with depression.

Talking about her depression in 2016, Judd had her husband Larry by her side, who held her hands tightly. So, in that interview, Robin Roberts asked Larry what advice he would give to someone caring for their special one dealing with depression. He replied, “Get ready to walk that path with them because they’re going to need you every minute”.

Needless to say, Larry Strickland was a man of his words. He is someone who practices what he preaches. Therefore, he walked the path with Judd till her final days.

A Few Things to Know About Naomi’s Husband

So, from the facts, we know that Larry Strickland is from Raleigh, North Carolina. Initially, he began singing gospel quartets. Moreover, he even traveled to lots of places in North Carolina to perform the gospels.

Furthermore, he also served in the US Army from 1966 to 1970. Thereafter, he came back to perform in his state till JD Summer and Stamps Quartet noticed him. So, he joined their group in 1974 and toured with Elvis Presley.

There are not many other details that we can share about Larry because he doesn’t like to talk much about his life. However, one thing is for sure, he helped and supported his wife throughout her life. In fact, as a supportive husband, he always held her wife’s back against all sorts of problems. Even when Naomi was suffering from depression and mental illness, he didn’t let go of her hands.

Also Read: What Do We Know About Brad Paisley’s Wife Kimberly Williams-Paisley?