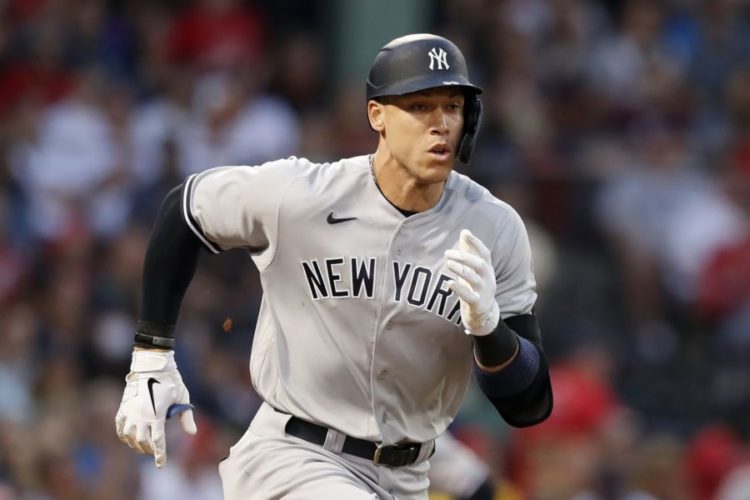 The Yankees have lots of items left on their list. The normal offseason is going to resume this spring. New York still has to solve the shortstop conundrum. That is why we can expect the organization to make some high-profile moves on the trade market and the free agency. But the most impactful of the decision the Yankees are going to make is whether they are going to offer Aaron Judge a contract extension. He has made it clear in the past that he prefers to stay in the pinstripes. There is also a possibility that the judge will choose free agency next offseason and sign a contract with a different team.

So we have to wait to hear the final decision. Here you can find all the details of the Yankees future.

Aaron James Judge is a twenty-nine-year-old American professional baseball right fielder. He is the popular player of the New York Yankees of Major League Baseball (MLB). He was selected unanimously as the American League (AL) Rookie of the Year in 2017.

Judge played college football for college baseball for the Fresno State Bulldogs. He was adopted by Patty and Wayne Judge and they were teachers working in Linden, California. When growing up he was a fan of the San Francisco Giants fan. He attended Linden High School and he was a three-sport star. As a famous player, he has signed endorsement deals with Pepsi. Then he also signed a deal with the sports brand Adidas. Over the years he has earned praise for his humble personality and team spirit. He married Samantha Bracksieck in 2021.

What did the Judge say about his plans?

The Judge talked about this topic for the first time on Thursday during his appearance on the R2C2 podcast. When he was questioned about his uncertain future in the Bronx he said that he was lucky to play in the best organization of all time. So nobody would want to go out of it. He also prefers to be a free agent and test the market for a little bit. If he gets an extension before the season starts it will be great for him. He will be happy to wear pinstripes for a couple of years. But if it is not happening it will be his last year with the Yankees. He said that he had a lot of great memories with them.

Now it is safe to say that Aaron Judge and Yankees have not discussed the extension yet. During last year’s November general manager Brian Cashman told reporters that he has still not spoken with the Judge’s agent yet. He called this situation a special case. The league and the player are unable to communicate with each other yet.

According to New York, Judge’s extension will not be cheap. The Yankees have stayed below the luxury tax and if they want to plan something after the free agency resumes the financial flexibility will become tight.

Aaron Judge is a twenty-nine-year-old player and he is coming off the second-best season of his career. He has silenced the opinions about his inability to stay on the field. Overall he has appeared in 148 games. Also, he slashed .287/.373/.544 with 39 home runs in 2021. Further, he has led the Yankees in every offensive category. He has got the name as New York’s most consistent all-around asset eventhough the season was full of inconsistencies.

On Thursday Judge shared that no matter what he is going to face in the future he will continue to give it all. He will try to focus on his performance between the lines and also work towards the championship.

He shared “It doesn’t matter if it’s the last year or the first year, I’m gonna go out there and play my best and do what I need to do for this city and what I need to do for the team,”. Then he added, “It’s all in God’s hands. It’s gonna work out the way it’s supposed to. That’s why I’ve got agents. I’ve got people taking care of that for me. I’m not even worried”.

At this point, it is still unclear whether Aaron Judge will don a uniform or not on an opening day in 2023. He is playing for Yankee since he was drafted by the team in 2013. Then he reached the level of big leagues and showcased his skills like elite production and leadership in the field and off as well.

We have to see how New York approaches free agency. But the possibility of Judge testing free agency this year will increase. On the whole, it is business and the player has earned a significant payday along with many opportunities to play.

Aaron Judge is a great player and many are waiting to know about his decisions in the future.