Tanzanite: Add The Exquisite Beauty of Tanzania To Your Wardrobe 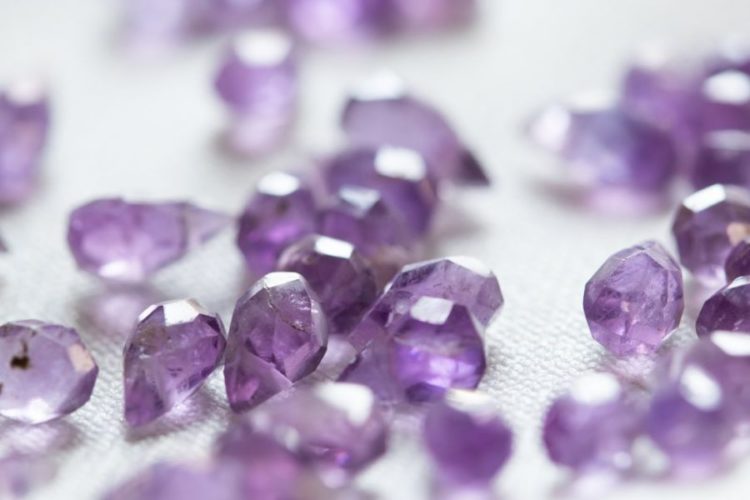 Through the centuries and the cultures we have been through various beauties that we call as rare and beautiful have ranged from shells, bones, tusks, pebbles, wires, claws, wood, pearls, corals, enamels, clay, precious stones, metals, ores and some semi precious stones. The craftmen shifted their ideas from old times  to the medieval times and to modern times.

The usage of the jewelry increased since craftsmanship started. ¾ th of the population engage themselves in buying online or offline all kinds of jewelry. The diamonds, golds, silvers, platinum, rhodium etc. could be found in every hand, ear or wrist. Women always love to wear various ornaments while they go out, for an office meeting or any party.

While men also like to add jewels in parts like the ear, fingers and wrists. In this article, we know about one major and rarest gemstone that is the beautiful Tanzanite. Tanzanite as the name suggests is given the name after Tanzania. We’ll find more about this precious stone below.

Tanzanite is a relatively new gemstone, yet it has swiftly gained in popularity, rivaling the value of diamonds and rubies. Tanzanite is a beautiful stone with a deep blue color. Celebrities have frequently worn it on the red carpet, piquing public interest in this eye-catching and uncommon gemstone.

Tanzanite jewelry is destined to become valued heirlooms as the stone’s scarcity rises. Keep reading for 10 fascinating facts about tanzanite if you’re interested in learning more about this unusual stone.

1. This gemstone was found by an Indian tailor, Manuel De Souza, who traveled to Tanzania in search of gemstones and golds. The story says that he was walking along the foothills of Kilimanjaro when he found something sparkling in the ground.  According to him the stone was softer than sapphire which was later deduced as Tanzanite, under the variety of Zoisite mineral.

2. Tanzanite is the reddish-brown rough form of Tanzanite. It contains Vanadium and after that Tanzanite comes. The stone is heated to 600°c for half an hour to transform it into a vibrant blue color. It is said that as the color becomes deeper it is more expensive and beautiful.

3. The Tanzanite gemstone has been found in the same place it was found before, in the Merelani Hills of Tanzania. As it became popular the miners decided to dig deeper than 800 meters to find those. The mining and importing of Tanzanite is being regulated by the government of Tanzania for its sustainability and ethical use. Today, the mine exists in just 14 square kilometers.

4. Tanzanite is a birthstone for December which was given in 2002 by the American Gem Trade Association. Since 1992, It was the first alteration made to the list. This shows how Tanzanite is in the gemstone industry.

5. The Masai tribe that lives in Tanzania resides in the part where Tanzania is mined. The Maasai people say that Tanzanite calms the mind and produces companionship.  The gemstones are believed to have supported the creation of new life. Because of its rich blue color, tanzanite is linked to notions about the color blue.

6. Tanzanite is 1000 times more rare than diamonds, according to legend. This is owing to the fact that it can only be found in a small part of the earth. Mount Kilimanjaro and the Great Rift Valley of Tanzania were formed millions of years ago by the same tectonic movement that produced the gemstone.

Tanzanite is one of the world’s most prized jewels because of this once-in-a-lifetime incident. Some geologists refer to it as a ‘one-generation gemstone,’ because it is predicted that there would be no natural tanzanite remaining to mine within the next decade if current mining practices continue.

This seven-stone Tanzanite ring is full of color, brilliance, and startling appeal, having been meticulously crafted. Both sides of the oval-shaped center stone are adorned with circles. The symmetrical distribution of gemstones exudes composure, grace, and sophistication. This genuine gemstone ring, crafted in platinum plated sterling silver, is a wonderful way to represent your everlasting love. This piece is finished off beautifully with a silky band.

This tanzanite pendant is a one-of-a-kind exclusive. The designer pendant is adorned with a heavenly halo of diamonds in addition to a superior quality pleochroic stone. Wear the brilliant piece of jewelry with any formal or casual outfit and expect to be surrounded by admirers.

This exquisite tennis necklace will add a new degree of elegance to your neck. The dazzling tanzanite placed in the appealing design gives the piece the necessary beauty and grace.

This gorgeous bangle bracelet is sure to turn heads. This magnificent bracelet is embellished with three rows of precious gemstones and has a regal appearance. The gleaming hues of gemstones perfectly complement the luscious tones of metal, enhancing the jewel’s brilliance.

This set of tanzanite solitaire stud earrings from the collection has been tailored with an eye for trend and is sure to catch the eye. These earrings include square-shaped tanzanite in a four-prong setting and are set in a gorgeous 950 platinum frame, radiating beautiful natural colors. These stud earrings are made of high-quality materials and have a secure screw-post back.

Tanzanite which is said to be the gemstone of the generation is predicted to be ended by this generation. The beauty and radiance of the gemstone is beyond everything. The blue, purple color of the stone matches with every outfit of your wardrobe. Hope that this stone remains till ages.

Also read: Beauty Enchanted in Nature – Jewellery Made of Precious Stones as an Ideal Christmas Gift

6 Dazzling Diamond Alternatives You Can Choose for Your Engagement Ring