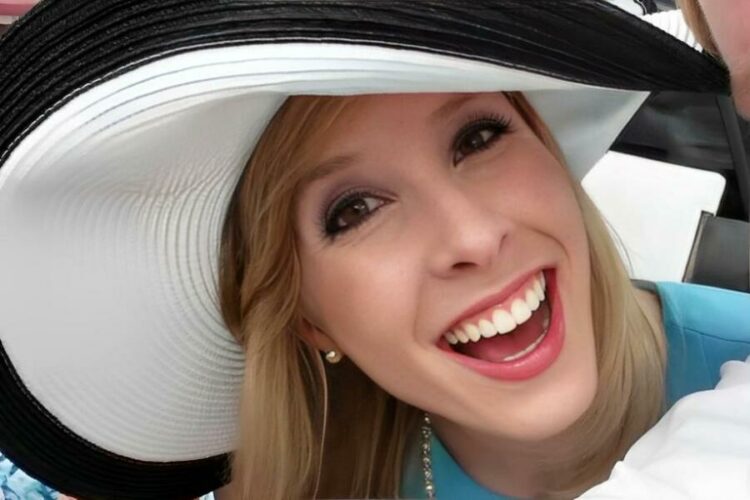 Reporter Alison Parker and her cameraman Adam Ward arrived at their place of work on August 26, 2015, set to go on air.

As a local news reporter in Roanoke, Virginia, Parker worked for WDBJ7. On that particular day, Vicki Gardner, the head of the regional Chamber of Commerce, was interviewed by Parker and Ward in Moneta.

Then, though, the shooters started firing bullets in the middle of the interview. Parker, Gardner, and Ward were shot. While the camera was still broadcasting live, the gunman was visible on the video.

Who is Alison Parker?

Alison Parker was birth on 19 August 1992 and raised in Martinsville, Virginia. Soon Parker got her degree from James Madison University. Then, she started working as an intern at WDBJ7 in Roanoke. In 2014, the company offered Parker a coveted position as a reporter for the channel’s morning show.

The On-Air Killing of Alison Parker and Adam Ward

Parker and Ward prepared for their assignment to cover the neighboring Smith Mountain Lake’s 50th anniversary on the morning of August 26, 2015. Vicki Gardner was the focus of an interview by Parker.

A man in black with a gun entered the room in the middle of the live show.

The shooter started shooting Alison Parker at 6:45 a.m. with a Glock 19. He then turned the gun on Vicki Gardner and Adam Ward. The shooter shot them in the back after Vicki Gardner curled up into a fetal position to try to act dead.

The shooter shot 15 bullets in total. The cameraman captured agonizing screams from the victims as the broadcast went on.

After this incident, the shooter soon escaped. And all the journalists were still trying to digest what they just saw.

Parker and Ward were already dead when police arrived on the incident scene. Soon, without wasting a single second, the ambulance took Gardner to the hospital. After emergency treatment, she survived.

Just a few days before the gunshot that took Alison Parker’s life, she turned 24. She was shot in the head and chest. At the same time, the shooters shot Ward in the head and body, which led to their deaths.

Know About the Gunman’s Motive

At the news organization, Alison Parker’s horrified coworkers watched the gruesome video focusing on the shooter. They recognized him with a sinking feeling.

General Manager Jeffrey Marks remarked that “everyone around it said, ‘That’s Vester. They made a quick call to the sheriff’s department.

Vester Lee Flanagan, the shooter, worked in WDBJ7 until the station fired him from work. He was the subject of complaints from coworkers who said they “felt threatened or uncomfortable” around him.

And that wasn’t the first time a journalistic organization fired Flanagan. Years prior, another station fired him for “bizarre behavior” and making threats to the staff.

Flanagan had a history of erratic and combative behavior while working at WDBJ7. He had to be led outside by police. The station let him go less than a year after hiring him in 2012.

According to all appearances, the furious reporter had planned the shooting and rented a car to escape. However, the murderer tweeted his confession after hours. And when authorities were already looking for him.

Alison Parker and Adam Ward – Vester Lee Flanagan were specifically targeted because neither wished to work with him. Ward visited human resources “after working with me one time!” the murderer claimed.

Flanagan uploaded videos of the shooting to his Facebook page at 11:14 a.m. Social internet exploded with terrible videos.

Vester Lee Flanagan then crashed his vehicle, shot himself, and passed away as the police drew closer.

The Aftermath of Parker and Ward’s Murders

A memorial service for the journalists, organized by their WDBJ7 coworkers and the families of Adam Ward and Alison Parker.

Marks added, “I can’t tell you how much the WDBJ7 team adored Alison and Adam. After seeing this incident, our hearts shattered”.

Since 2015, Alison Parker’s father has tried his best to keep off her daughter’s murder video from the internet.

With the Federal Trade Commission in 2020, Mr. Parker complained to YouTube. He complained about Facebook once more the following year.

Parker asserted that these websites could not remove the video of Alison’s murder.

At a news conference in October 2021, Mr. Parker declared that publishing violent content is not free speech. According to Parker, one of the heinous acts that are destroying our society’s social fabric is sharing Alison’s murder on Facebook, YouTube, and Instagram.