All You Need To Know About The Horror Film M3GAN 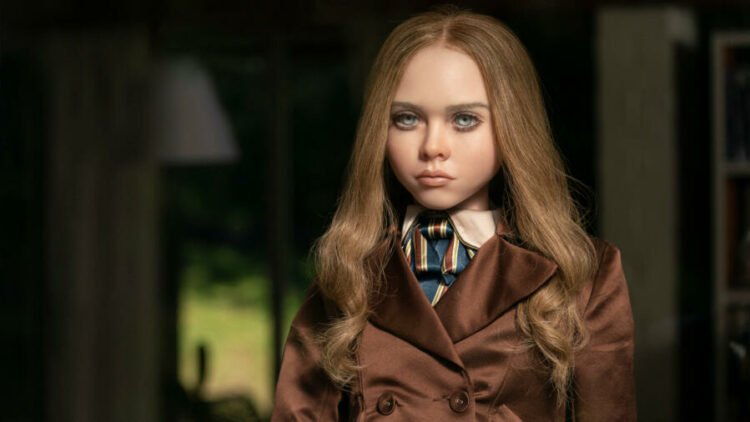 M3GAN (pronounced “Megan”), a 2022 American science fiction horror film directed by Gerard Johnstone, was written by Akela Cooper and inspired by a story by Cooper and James Wan.

Moreover, Roboticist Gemma (Allison Williams) works at a toy company in M3GAN, where she creates M3GAN, an AI-powered doll. M3GAN becomes aware and hostile toward anyone who threatens Gemma’s orphaned niece Cady (Violet McGraw) after becoming attached to her.

M3GAN was released in theatres across the United States on January 6, 2023, following its world premiere in Los Angeles on December 7, 2022. The film received mostly positive reviews, with many praising its campy blend of horror and humour, satirical elements, and cast performances.

The majority of the filming took place in Los Angeles and Auckland, New Zealand.  However, it all started in early July 2021 and ended in the middle of August. The cast and crew returned for additional filming in the months that followed. The locations where M3GAN was shot: “Auckland,” a New Zealand city.

However, the majority of the film was shot in the Auckland region of New Zealand. The area’s suburbs were frequently used by the cast and crew to simulate Denver, Colorado.  Moreover, the shoot took place at the Auckland University of Technology, the Auckland Showgrounds, and Cornwall Park.

There are a few scenes shot in the City of Angels. The project’s first shooting dates have been set for July 2021, with the production team based in Los Angeles.  Moreover, the production companies for the film, Blumhouse Productions and Atomic Monster Productions, are based there.

Los Angeles is California’s most populous city and is well-known for its beautiful beaches, lively downtown, and Hollywood. Recently released films such as Blonde and Purple Hearts, as well as the upcoming Moonfall, were shot in the city.

Does M3GAN frighten you?

Satisfyingly! Don’t automatically assume that a PG-13 rating should raise red flags. Yes, there is less gore than in the majority of Wan’s Saw films.

The murder sequences are exciting, pitting a teen terror against helpless victims who have no idea what’s going on. However, anticipating them provides a particular kind of pleasure.

Is it worthwhile to visit M3GAN?

This movie could have been completely stupid and still be entertaining to watch. There’s more to the film about the killer toy and the creepy kid than meets the eye. Johnstone has created a new horror icon with M3GAN, thanks to careful character design and two outstanding performances.

She, like the slashers before her, has a disturbing panache that is heightened by her subversive girliness. M3GAN is a child’s dream toy and a parent’s worst nightmare, and her dance scene is a big part of what makes her memorable. She is both fascinating and disturbing in equal parts.

Furthermore, Williams serves as the film’s emotional centre, engaging viewers in the fate of her troubled protagonist.

However, M3GAN succeeds not only because it introduces a new slasher to the queer horror subgenre, but also because it plays on our deepest fears, hooking us long before she even appears on the screen.

Cooper and Johnstone crushed a strange idea, just like their fascinating fiendish crushes. You’ll understand what I’m talking about if you keep reading.

Also read: 7 Best Jewellery Shots That Every Bride Should Adopt For Her Bridal Photoshoot