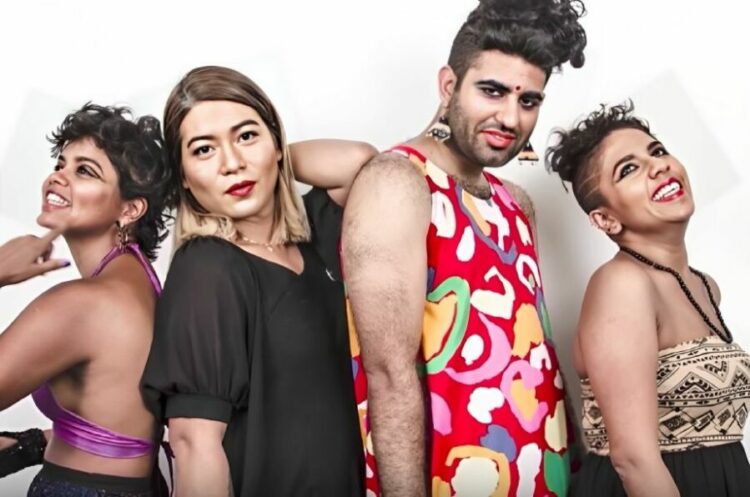 How do I know if am I gay or straight? Today’s generation is entirely open up regarding their preferences and sexuality. You may like a person of the same sex. Nothing is wrong with that! You are free to choose whatever you want or are willing to. You may not be 100% sure regarding your sexuality. Don’t worry, there are numerous gay tests available. It’ll help you in finding what you like. However, it may be tough to figure out the question: am I gay?

Below, we have mentioned some questions. Answer them to yourself; this will make your mind clear. And, after answering all the questions, we are sure you’ll feel more confident about your sexuality. You’ll be clear with your thoughts about whether you are gay, lesbian, or straight. Whether you have an interest in the opposite or same sex. So, answer the below-mentioned questions with utmost honesty, as no one is judging you here!

Answer These Questions To Know: Am I Gay?

These were some of the most common questions that you should answer to know: am I gay or straight? If most of the answers indicate your interest in the same sex, then there’s a possibility that you might be gay. So, be very clear about your thoughts.

What does LGBTQ+ mean? To make it easier for you guys, we have a universal definition for each term. So, with the help of this, you can identify your interest. Let’s see!

By Bisexual word, we understand that the person has feelings for the same and another gender/sex. They get attracted to both men and women. In short, both genders can please this kind of person.

Also read: 10 Best Dating Apps To Help You Meet ‘The One’

Historically, people use the term Gay to describe men who get attracted to other men. However, now people use this term to tell anyone who experiences emotional, romantic, or physical attraction to people of the same sex. Gay usually lacks interest in women. A person of the same sex attracts them more than a woman.

It is a feeling of how people perceive themselves as non-binary, genderqueer, male, female, etc.

It is the way people express their gender identity. It is done through physical appearance and behavior. This includes speech patterns, body characteristics, clothing choices, etc.

Women and non-binary people generally use the term Lesbian. It is to identify people who are sexually, romantically, or emotionally inclined to other women. These women have feelings for other women. And they lack interest in men.

Rather than sexual orientation, the term Non-binary is to identify your gender. Non-binary people express their gender and identity in ways outside of and oppose the socially imposed gender binary. People who identify as genderqueer or gender expansive may also fall under this category.

This is an all-encompassing word that refers to a range of gender and sexual identities that do not adhere to heteronormativity. Or the restrictions of gender-binary systems.

This term is both a noun and a verb. It covers the phases of reflection. And inquiry is part of learning about one’s sexual orientation, gender identity, and gender expression. To signify the inclusion of those who are unsure of their identities, it may also be the second Q in LGBTQQ.

It depends on a person’s gender identity and expression. Sexual orientation refers to their inherent romantic, emotional or physical attraction to other persons. It is often used interchangeably with the terms sexual identity and interest.

The term “transgender” refers to people whose gender identity and gender expression cross traditional gender lines. Sexual orientation and gender identity are distinct. Further, transgender individuals might identify as bisexual, straight, lesbian, gay, etc. And maybe different from the sex they were assigned at birth. When referring to all genderqueer or broader identities, the spelling trans* is occasionally now in use.

These are some of the basic terms that’ll help you in knowing your gender expression, preferences, sexuality, and gender identity. After reading all these terms, you’ll be sorted. Also, you’ll be clear about the meaning of each word.

If there’s a question ever running in your mind, am I gay, lesbian, bisexual, or straight? Then go through these terms.

Also, gay tests, sexuality tests, and gender identity tests are available. If you are still unsure, then go for these tests. But, always remember that you should always follow your heart’s voice. Do what you feel like, opt for those things which make you happy. And don’t give much importance to people’s sayings about you!

Also read: Azriel Clary was Aggressive in First Interview with Gayle King: Here is Why