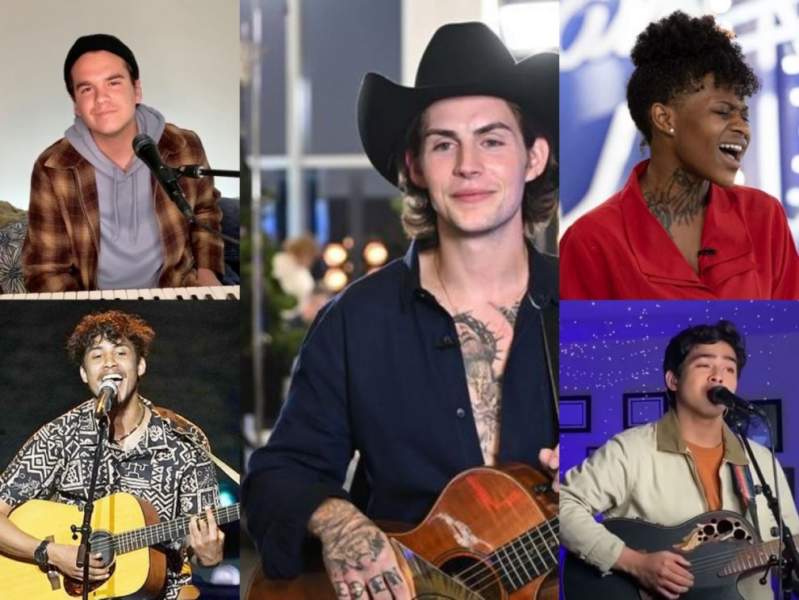 American Idol is a singing television competition show by artist manager and producer Simon Fuller. The producers of the series are 19 Entertainment and also FremantleMedia North America. The series is now televised on ABC Channel. This is one of the best shows on American television. The unsigned singing talents in the world get discovered by the show and given a chance to sing on the stage. Then the best among them gets selected through American viewers by phone texts and internet votes.

The show also consists of a panel of judges who are popular singers. They critique the performance of the contestants. The judges of the first eight seasons of the show were record producer Randy Jackson, singer Paula Abdul and music executive Simon Cowell. Then for seasons after that, the judging panel included personalities like Jennifer Lopez, Harry Connick Jr, and Keith Urban. Then from the sixteenth season onwards, the show returned with excellent singers such as Luke Bryan, Lionel Ritchie, and Katy Perry. The hosts for the show are comedian Brian Dunkleman and radio personality Ryan Seacrest but it is completely taken over by Seacrest now.

You will be eager to know about the winner of American Idol season 18. Look at the information below to find it.

The winner of season 18 crowned at home

The season 18 ended on Sunday by crowning the winner at home. The coronavirus pandemic worldwide did not stop the finale from happening. However, it was not a conventional American Idol as the finale happened in each of their homes and streamed to us. Yet the show was fantastic as ever and the performances were great. Even the judges performed in the show that served as the icing on the cake. The finale revealed the winner who is deserving of the great title. This finale episode also had some interesting performances by judges Katy Perry, Lionel Ritchie, and Luke Bryan. Some old contestants also performed in the show.

But first, let’s see some valuable information about the top contestants of the show. The finalists performed for the last time to win the battle. Only America’s vote can decide the winner of season eighteen of American idol.

At the beginning of the show, the host revealed the votes of the previous episode. Then the five top contestants remained and they are Dillon James, Just Sam, Arthur Gunn, Francisco Martin, and Jonny West. The two of the contestants Louis Knight and Julia Gargano got eliminated. The top five contestants of the season performed these songs to get votes from the public.

Dillion James performed the songs “Change the World” by Eric Clapton. The second song he selected to sing is “The Times They Are A-Changin” by Bob Dylan.

The contestant sang “What Doesn’t Kill You” by Kelly Clarkson. The second song she performed is “Rise Up” by Andra Day.

He chose the Gavin DeGraw song “I Don’t Want to Be”. Another song he performed was the song by Creedence Clearwater “Have You Ever Seen the Rain”.

For the finale, Martin selected “Adore You” by Harry Styles and “Alaska” by Maggie Rogers.

For the finale West opted for “You Can’t keep a good Man Down” the song by James & Bobby Purify and his original song “Makin’ Love” with rap.

The mesmerizing performance of Luke Bryan was also the best part of the show. He played his guitar with a band and everyone danced for his tunes. Then the old contestant of the show Man Douglas Kiker performed “Bless the Broken Road” with the band Rascal Flatts. He sang from his home and virtually the band joined him. Just Sam sang her audition song “You Say” and this was a surprise given to her by Lauren Daigle who gave Just Sam the chance to perform with her.

After that Katy Perry sang one of her brilliant new song “Daisies” alone on the stage of American idol. This performance had some excellent background. Then the actress and singer Cynthia Erivo sang with American idol top eleven contestants to pay tribute to Aretha Franklin. They performed her songs like “Rock Steady”, “Chain of Fools,” and “I Never Loved a Man”.

The winner of American Idol 202o

At the end part of the show’s finale on Sunday it revealed the winners of season eighteen. Ryan Seacrest announced the winner of the show. The votes counted and it led at first to two highest votes Just Sam and Arthur Gun. But at the end of the show, the winner was Just Sam.

At the end of the show, they also sang “We Are the World.” The contestants performed the new rendition of the song with the judges. Hence this season came to the end with a bang.

What will the winners and contestants of the show receive?

The winner will get a record contract with a popular label. They may be able to create six albums for it. The winner is able to earn the amount up to $1 million. The runner ups and top contestants of the show also get exposure and receive deals from major labels. The finalists will be able to go on a tour and the contestants will get a six-figure sum.

The American Idol is called “unparalleled in broadcasting history” and also considered as the most impactful series in history. The show was able to give rise to some of the best pop idols like Carrie Underwood, Chris Daughtry, Jennifer Hudson, Adam Lambert, Clay Aiken, and lot more. It is the number one ranked show in the US ratings.

Participating in the American Idol is a big deal indeed and winning in the show means getting a big break in the singing industry. The singers have to be the best among the best because the competitions are severe. But it’s worth it if there is a passion for the art and large rewards in store.