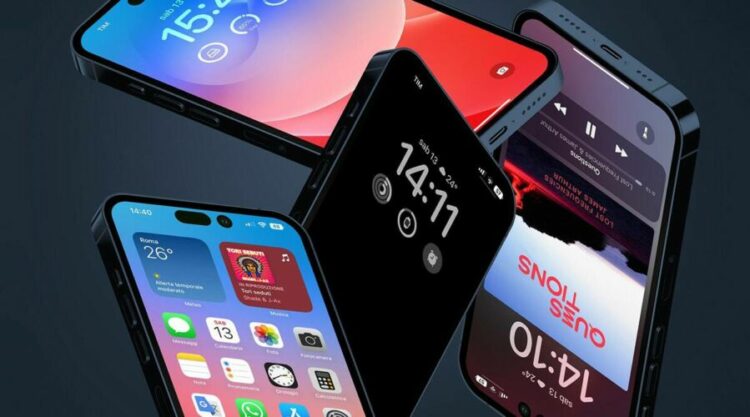 The much-awaited wait is finally over for iPhone lovers as Apple launches iPhone 14 at the Steve Jobs theatre in California on September 7th. The CEO of Apple Tim Cook launched the Apple iPhone 14. During the live event iPhone 14, iPhone 14 plus, iPhone 14 pro-Apple Watch 8 and AirPods Pro 2 were unveiled.

The event is the third live event of the year from Apple. Previously the tech giant launched the new MacBook Air, 13-inch MacBook Pro alongside iOS 16, iPadOS 16, macOS Ventura, and watchOS 9 at the Worldwide Developers Conference on June 6. The event was the second live event.

The first event of the year from the tech giant Apple on March 8 witnessed the launch of the new Mac Studio and Mac Studio Display, new 5 G-supported versions of iPhone and iPad air with a 5G chip. During the live event at the Steve Jobs theatre in California, the prices of all the high-end tech products and their availability in the market are also announced.

The first product that was launched at the live event was the Apple Watch 8 series. The Apple Watch 8 series comes in with a temperature sensor. The watch contains two sensors one in the back and one on the display to provide additional accuracy. The watch helps in monitoring the menstrual cycle of women and has the feature of the user’s health being encrypted.

The much-awaited Apple Watch 8 is priced at $ 399 for the GPS model and $499 for the cellular model.

In India, the watch cost Rs 31804/- for GPS and Rs 39,775 for cellular. Both products will be available in the market for sale worldwide on September 16. Users can pre-order it on the Apple store. Apple Watch SE was also announced during the live event. The watch is expected to be 20 per cent faster than the previous versions.

Also read: How to Identify Fake Apple Products and Avoid Being Fooled

Apple Watch SE will be available in silver, Midnight and starlight colours. The watch comes in with the same chip as the previous ones but with improved efficiency and 20 per cent faster. The back case of the Apple watches SE is made of Nylon composite materials which cover fall detection and crash detection. The watch is priced at $249 and orders are being accepted from today.

Apple has also launched the Apple Watch ultra which has a long battery life of 36 hours and G1 – G5 sensors which help users get the exact search location of urban and dense areas.

The Apple Watch ultra is priced at $799 and is available for sale on September 16.

The watch has the feature of 2x active noise cancellation and spatial audio for a customised experience.

Apple Airpod Pro 2 is priced at $299 and will be available in the market from September 23.