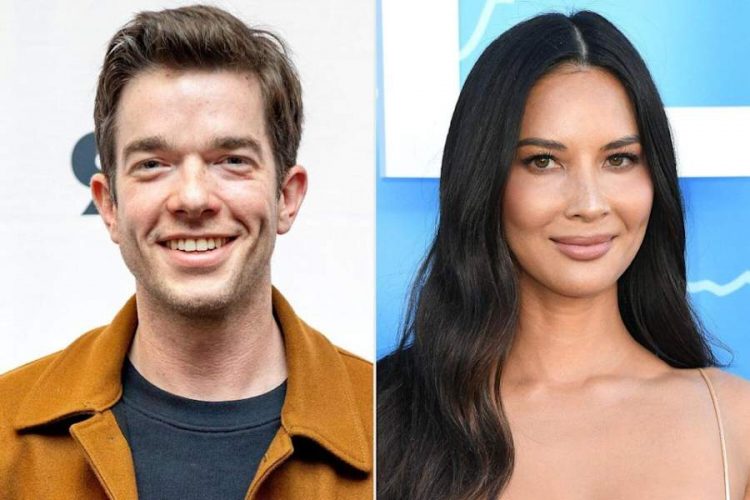 There is a new celebrity couple alert. According to the sources, Olivia Munn & John Mulaney are dating. As this is a very new relationship they are taking it very slowly. So it is moving at a slow pace. The couple first met at a church and then continued seeing each other since then. John Mulaney is a famous stand-up comedian, writer and actor. He is thirty-eight years old now. Further, Olivia Munn is a forty years old actress and television host.

They are the new love birds in the industry and their relationship is getting a lot of attention in the media right now. You can find all the details of Olivia Munn & John Mulaney relationship here.

Who is John Mulaney?

John Mulaney hails from Chicago, Illinois and his birth date is August 26, 1982. After his graduation, he decided to become a comedian so he moved to New York. Then he got hired as an assistant in Comedy Central. He always loved stand-up comedies and has performed in shows like Saturday Night Live and Late Night with Conan O’Brien. For over eighteen years he has worked as a stand-up comedian.

Further, he has performed in shows like Live at Gotham, Conan, Jimmy Kimmel Live, Comedy Central Presents and more. Then there was also a sitcom released based on his life titled Mulaney. He has lent his voice to many animated series. Also, he is the best friend of another comedian, Pete Davidson.

Who is Olivia Munn?

Olivia Munn hails from Oklahoma City and her birth date is July 3, 1980. She started her career as a host on Fox Sports Networks. Then she got the chance to act in films like Date Night and Iron Man 2. Then she also acted in several TV series and sitcoms. From 2015 she received roles in films such as Miles from Tomorrowland, X-Men: Apocalypse, The Predator, and Love Wedding Repeat. Olivia Munn has supported the MeToo movement and various other organisations that give importance to women.

In 2014 John Mulaney married makeup artist Annamarie Tendler. Their wedding ceremony happened in New York and their close friends and family attended it. But on May 10, 2021, there was news that stated that Mulaney has filed for divorce from Tendler. Then the news of Mulaney’s new relationship with Olivia Munn released (source).

Mulaney was married to his wife Tendler for seven years. It seems that it was entirely his idea to divorce his wife. This is because Tendler tweeted that she was heartbroken to learn that John has decided to end the marriage. But she wished him all the success and support as he continues with his recovery.

The sources close to Mulaney revealed People that he is now going to focus more on his career. Also, he is trying to recover from his addiction to substance abuse. But at the same time, he is spending lots of time with his new love Olivia Munn.

In the beginning, they had a friendly connection but then it turned slowly into romance. Some sources say that their friendship started some years ago. For Munn the new relationship was unexpected happiness as she was a long-time fan of Mulaney. In 2015 at a wedding, Olivia Munn met John Mulaney and Tendler who was at that time his fiancée. She was very happy to meet him. She even invited him and his fiancée for hanging out together.

They became friends after that time but not more than that. Many times Olivia has shown her support to Mulaney through emails and messages on social media. But after many years only they have begun a relationship.

Sending SO MUCH love and support to John Mulaney. You got this. ❤️⚡️

In 2014 Munn was dating Aaron Rodgers the American Football quarterback. But they ended their relationship in 2017.

The new relationship between Mulaney and Munn has surprised the fans. But many are rooting for the couple.

Carrie Fisher Or Harrison Ford: Who Has A Greater Net Worth?