Arielle McKidd, The Wife of Kevin McKidd Has Filed for Divorce 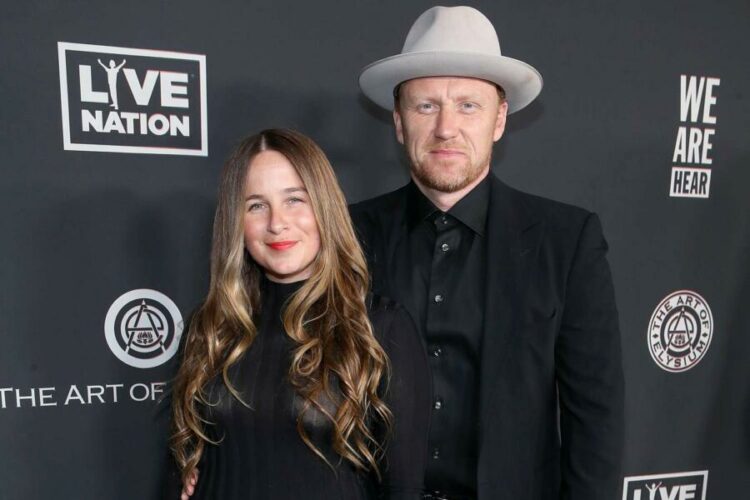 Kevin McKidd’s wife has made the decision to file for divorce. Arielle McKidd filed for divorce after five years of marriage, citing irreconcilable differences. Kevin married his Grey’s Anatomy co-star Arielle in 2017.

As a family, they have two small children. From 1999 to 2017, Kevin was married to Jane Parker. Continue reading to learn more about Arielle McKidd’s choice to quit her marriage.

Firstly, get to know more about Kevin

Kevin McKidd, a British actor, director, and musician, has a net worth of $14 million. Kevin McKidd rose to prominence with his role as Owen Hunt on “Grey’s Anatomy.” He has appeared in a large number of episodes of the show. He’s been on the show since 2008, and his performance earned him a Prism Award for Best Actor in a Drama Series, Season, or More in 2010. McKidd has directed several episodes of the show.

Arielle appears to seek joint legal and physical custody of Aiden, 4, and Nava, 3. She has also petitioned the court to enable her to resume using her maiden name, Goldrath. Arielle has requested that the couple’s assets be divided through legal mediation. The date of the couple’s divorce is listed in legal documents as “TBD.” Kevin and Arielle married in 2017, and their son Aiden was born in early 2018.

Kevin announced the arrival of his daughter on Instagram with a heartwarming statement. We are overjoyed with the birth of Nava James McKidd! Our heartfelt gratitude is extended to her on behalf of the entire family. We just brought her home, and Aiden is already a fantastic big brother to her, he said.

Divorce of Kevin and Arielle

In July of this year, the 49-year-old man announced that he was divorcing his wife. Normally, I don’t like talking about my personal life on social media, but I have something I’d want to tell you about today. Arielle and I decided a few months ago to cease the marriage-focused phase of our relationship. “After considerable thought and discussion,” he concluded.

We both realise this is the best decision for us. Arielle is a wonderful mother to Aiden and Nava. She is one of the wisest, smartest, and sweetest people I have ever met. We still hold each other in the highest respect and adore each other unconditionally.

“It’s nice to be able to tell you about this aspect of my life and let you know that, despite our obstacles, we can find answers and achieve good outcomes if we show up for one another and keep an open mind.” Arielle and I will always have one other’s back. “I wish everyone could be as fortunate: to raise their children with one of your very best friends,” wrote the actor.

Jane Parker is the name of Kevin McKidd’s ex-wife

Parker was to receive 20% of his earnings under the terms of the arrangement. Indeed, child support payments ceased when the children reached the age of 18. McKidd met and fell in love with Arielle a few months after his divorce.