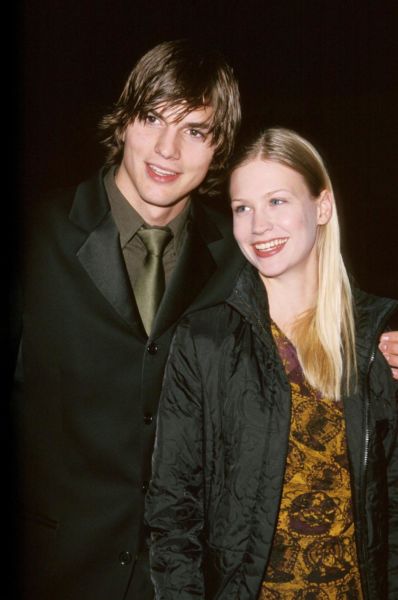 It is hard to keep up with Hollywood’s private life. Firstly, it’s a big industry. We cannot track everybody’s every detail. Secondly, private matters take quite some time to be discovered and brought into the light. Did you know that Ashton Kutcher dated January Jones? Or that Rihanna was once an item? Also, did you know that Keira Knightley dated Jamie Dornan once? However, the one thing that we do not like to find out is breakups and divorces.

Every actor has a past and a list of dating history. Sometimes, we find a cute couple and then we hear that they broke up. It isn’t easy to watch our favourite couples separating paths. However, we also get to see when they tie a knot. And we are happy like a child with a cookie! In this article, we will tell you about one such complicated relationship that the people could not see together. It’s about Ashton Kutcher and January Jones. We hear a lot of controversies about the two and we will tell you everything. Keep following the piece if you are interested as well.

Christopher Ashton Kutcher has a very happening life. He is an American actor, an entrepreneur and a model. Firstly, we know that he was born on February 7, 1978. Secondly, his fans know that his place of birth was Cedar Rapids, Iowa. Thirdly, the name of his parents is Diane Finnegan and Larry M Kutcher. Fourthly, Ashton Kutcher’s family was conservative and catholic. Fifthly, when he was 16 years of age, his parents divorced. Sixthly, he took admission to Washington High school and then to Clear Creek- Amana high school.

There he would participate in school plays. Then we hear something shocking. Once as a senior, he went to his high school late at night to steal money. He was arrested by the police and the court sent him to three years on probation. Seventhly, Ashton Kutcher took admission in the University of Iowa to study biochemical engineering. Eighthly, we know that he entered the ‘Fresh faces of Iowa’ contest and he won a trip to IMTA in New York.

We know that Ashton Kutcher won a lot of honours. People’s Choice Awards, a Screen Actors Guild Award and a Critics Choice Movie Award. Furthermore, he was nominated by the academy for two Young Artist Awards. Firstly, we hear that his debut was a Fox sitcom. It was That 70s show(1998-2006). Next, we see that his debut film was Coming Soon(1999). And then, he did Dude, where’s my car? (2000). It was a box office hit. Furthermore, he did two comedies, Married and My boss’s daughter. In 2003, he created and produced the tv series Punk’d.

People know that Ashton Kutcher married twice. His first wife was Demi Moore and now he is happily married to Mila Kunis. Furthermore, he has two children with Kunis. However, his relationship history does not end here. Earlier we see that he was in a relationship with the Madmen actress January Jones. They dated for three years and then people heard that they had broken up in 2001. What happened? January Jones later told The People that “romance is too hard in this town.”

He Was With January Jones For Quite Some Time

Firstly, we know that Jones began her career when she was 18 years old. In fact, she is a Golden Globe nominee. Secondly, she entered into a relationship with Ashton Kutcher back then. So there are many speculations about their relationship by the press and the people. They thought that Kutcher did not support Jones’s acting career. In 2009, January Jones told the GQ, “The guy I was dating when I first got to L. A was not supportive. He was like ‘I don’t think you’re going to be good at this”.

Although she did not take Kutcher’s name many people think that she was referring to him. In fact, on ‘Watch what happens live with Andy Cohen’ the host directly asked Jones if she was talking about Kutcher. To this, she did not give a clear reply. She was silent and only smiled.

Furthermore, we hear that Ashton Kutcher was jealous of Jones and Bruce Willis ‘ friendship. When they were dating in 2001, January Jones got a role in the movie Bandits opposite Bruce Willis. Besides, while shooting they became very good friends. In ‘Inside out’ which is a Demi Moore memoir Jones had said that Kutcher was very jealous of this. He thought that the two of them were having an affair. In addition, we hear that Moore and Willis were married earlier. But netizens have seen that both of them have a very strong friendship even now. However, sadly, Jones and Ashton Kutcher do not.

Years later, Demi Moore and January Jones met to discuss this. The Ghost actress asked Jones if all the speculations by the people and media were true. Was she dating Willis at that time? January Jones laughed at this. ” Are you serious? I told him[ Kutcher] a hundred times I did not want to f*** an old man!” Back in 2001, Jones was 23 and Bruce Willis was 46. From this, we can understand that Ashton Kutcher wasn’t the person who trusted his partner. We understand how one fears infidelity. But ending a relationship with just a doubt? That seems too much. Butcher is a big star and people love him. But this seemed a little shallow for him.

Celebrity relationships can be complicated. And we can not see the underlying problems from the front. Maybe there were many more issues between Ashton Kutcher and January Jones which we don’t know. However, we are happy to see that both of them are doing well in their lives now.

Also Read: Changpeng Zhao’s Crypto Billionaire Story from A Loss of $700k To $60B Net Worth