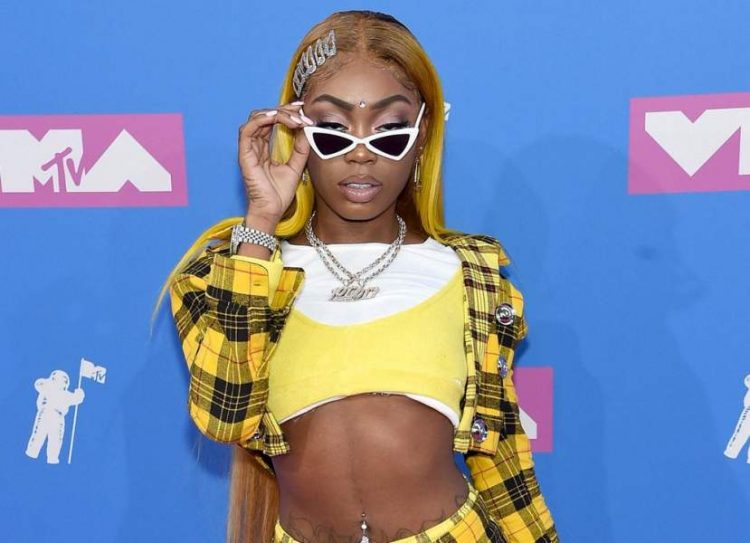 Misharron Jermeisha Allen is a popular American rapper well known by the name Asian Da Brat and Asian Doll. She is the first female singer to sign a deal of 1017 Eskimo Records with Gucci Mane. She is twenty-three years old now. The rapper has become famous because of her amazing talents. Some of the genres which are her specialty are Southern hip hop and Hip hop. The rapper also has associations with popular recording labels and other established rappers. Know more about Asian Doll Biography here.

Asian Doll’s birthplace is Dallas, Texas, US and her birth date is 1997. She started to rap from a very young age. While still in school she was able to build a career in rapping. Then she decided to drop high school to focus on her rapping career. Her first record was a hit titled Rise of the Barbie Doll Gang EP. Then she released a lot of mixed tapes and music content that made her famous.

Asian Doll’s career began when she released Da Rise of the Barbie Doll Gang Empire on December 16, 2015. Through social media, she introduced beef that made her popular among people. Some of her other famous projects are Project Princess Vol. 1, Kill Bill, Vol. 1, Doll SZN, and mixtape Unfuccwitable. She also received inspiration from Nicki Minaj and because of performers like her she wanted to become a rapper. Her name Asian Doll is similar to Nicki Minaj’s fame Barbie Doll. Some of the famous singers Asian Doll has collaborated are Bhad Bhabie, Rico Nasty, and PnB Rock.

Asian Doll is also well known by her most recent name Asian Da Brat because she wanted to look different than the female singers with Doll as a professional name. The new name is similar to a female veteran rapper from Atlanta Da Brat. During an interview, she shared that her name is a reference to the famous doll brand Bratz Dolls.

Asian Doll is maintaining a mysterious persona in the industry.  She is popular for wigs and unique dressing style. But some people say that she is copying the style of Nicki Minaj. She is also criticized for her behaviour. She has fought with performers like Cuban Doll and Bali Baby. Her verbal brawls made her a controversial character.

Asian Doll has shared that she wants to work with famous rappers such as Nicki Minaj, Travis Scott and Lil Uzi Vert.

Her friend Cuban Doll during a verbal fight humiliated her by talking about her colour. She also passed many racial comments for which Asian Doll fought back.

The net worth of Asian Doll

The net worth estimate of Asian Doll is $1 million. Because of her many song releases she is famous and is rich now. The singer is also popular on social media particularly Instagram where she has 2.1 million followers. She posts s*xy pictures of herself in it. She also has signed deals with well-known labels which will help her to move forward her career.

Asian Doll before she turned twenty-five has made a glorious rapper career. Many youngsters are listening to their songs and enjoying them. She is an inspiration for many upcoming singers.