Attack On Titan, The Intense Anime Series Will Be Releasing Soon 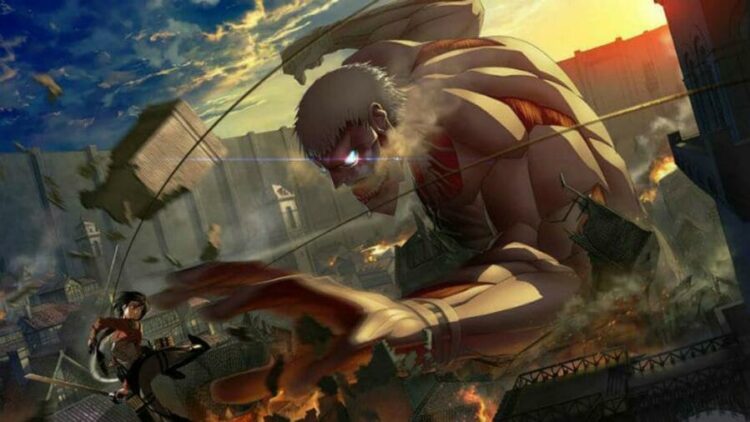 Attack on Titan (Shingeki no Kyojin) is a Japanese manga series from Hajime Isayama. We experience a strange world. Indeed, humanity is compelled to dwell in cities estranged from the outside world. Thus, the anime comments on the human condition… man lives as he dreams, alone. Indeed, humanity is enisled on the sea of life.  Thus, mankind travails through labyrinths of solitude as three enormous walls surround the cities they live in. In fact, this anime is far ahead of its times. Doesn’t it allude to the quarantine of Covid 19 pandemic in a way?

Man lives inside the wall to escape the gigantic man-eating humanoids. The series calls them Titans. The anime lays bare the odyssey of Eren Yeager. Eren is the symbol of modern humanity, .. uprooted from his past. Indeed, the Titans wreck destruction on his hometown. In fact, he loses his mother to the man-eaters. Outside of the walls, it’s death. . Thus, Eren promises to himself to exterminate the Titans. Clearly, his motivation comes from personal interests.

Fans are insanely anticipating season 5. However, season 4 is the last we will experience of Attack on Titans.. and the last becomes the lasting. The final part of season 4 will make its way on the screen in 2023.

Attack on Titan zooms in on the last surviving vestige of human civilization. Indeed, the last residues of humanity have retreated behind three concentric walls. Thus, again, we find glimpses of Covid 19 lockdown .. the universe of the anime is Beckettian .. in style and setting .. we remember Endgame. However, the anime soaks itself in Japan’s fervour and power of will and strength of spirit.

Pure Titans are the ones most lacking in strength. One can easily predict their moves. Thus, they are easy to annihilate. Abnormal Titans are Pure Titans who are far more menacing.. their behaviour being unpredictable. The Nine Titans are Titan Shifters. They are the strongest. This class of Titans is able to transit back and forth between human and Titan form to deploy their Titan’s abilities. In fact, several Titan Shifters have the power to harden certain parts of their bodies at will. Thus, they prove to be colossal opponents to the humans.

As the anime travels on, we find that there are Titans lying dormant within the walls. They are Wall Titans. Indeed, the anime again and again comments on the situation of modern man in the modern times. Even the embankment that protects us is under danger. Thus, nothing is safe. There is no safety, no peace, no hope, no morality. In fact, it will stun you to learn that all Pure Titans have a human past. Indeed, they are somehow transformed into Titans. Thus, the anime explores a theater of menace.

Towards the end, Misaka cremates Eren beneath a tree near his hometown. Thus, the return of the native. In fact, over time the tree grows and, in a brilliant move from the director, we recall the tree where the organism that granted Ymir her Titan power dwelled. Indeed, time passes on. Misaka dies from old age. We see Eren’s hometown. It is rubble in a war now. The series concludes with a boy and a dog going towards the tree. Indeed, wilderness drowns the tree. Thus, this betrays the fact that the Titans may just return.