Avatar: The Way Of Water’ Globally hits $2 Billion at the box office 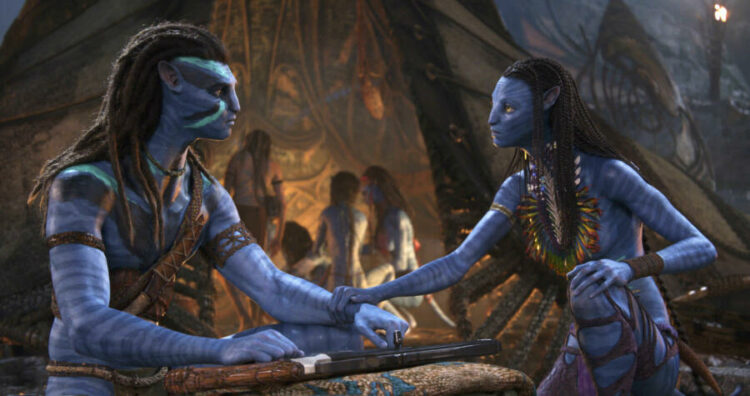 Avatar is an epic science fiction film of 2009. The film Avatar premiered on December 10, 2009, in London. Critics highly praised its earth-cracking visual effects even though people considered that the story was quite predictable.

So if you want to know more about this epic film, you are at the right place as you will get to know everything through this article.

Avatar: The Way of Water was released in cinemas worldwide on Friday, 16th December 2022. This release date marks roughly 13 years to the day since the release of the first film.

Avatar: The Way Of Water -the sequel to James Cameron’s 2009 hit, has officially crossed over $2.024 billion within a month. It arrived with tons of expectations given the glory of the first part. Of course, every film has its key and if the comparisons with its prototype are left behind. The Avatar sequel has performed brightly and has appeared as a huge box office winner.

Now, as per the report in Deadline, Avatar 2 has crossed $2 billion globally, with its collection standing at a towering $2.024 billion after the 6th Sunday. It is now inches away from beating Avengers: Infinity War, which stands at $2.052 billion.

The excitement surrounding the Avatar sequel still seems to be going strong, as the movie soared into 2023 at the top of the global box office. As of Sunday, the domestic box office accounts for $598 million, while the movie has amassed over $1.42 billion at the international box office.

How expensive is “Avatar: The Way of Water”? Early reports have claimed the production budget alone was in the $250 million range, but director James Cameron isn’t willing to give a hard number just yet. The only answer Cameron would give about the sequel’s budget when asked by GQ magazine was the following: “Very  [expensive].”

Cameron is responsible for three of the six-highest-grossing movies of all time. He’s also the only director with three films to cross $2 billion. Notably, Zoe Saldaña, who plays Neytiri in the “Avatar” series, has now starred in four of the six films to cross $2 billion. She also appears in both “Avengers: Endgame” and “Avengers: Infinity War,” reprising her “Guardians of the Galaxy” role of Gamora.

Moreover, “The Way of Water” has officially hit the lofty goal that Cameron set for himself before the film’s release. Before the sequel opened in theatres, he told GQ that “Avatar 2” represents “the worst business case in movie history” because it needs to become one of the three or four top-grossing movies of all time just to break even.

‘Avatar 2’ is also the sixth highest-grossing film of all time.

They use a computer to generate the water of the film.

Also read: Is There Going To Be M3GAN Sequel? Let’s Find Out