Charlie from Good Luck Charlie is Not So Little Anymore 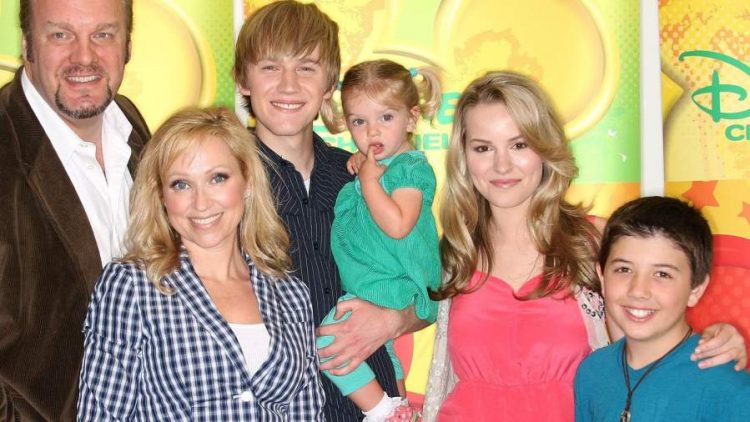 From the hustle and bustle of bureaucratic life, sometimes resorting to “too good ol’ days” seems like the solace one needs. When it comes to reminiscing about the time when we were a “little younger,” the most apparent yet effective way to do it is by revisiting some older shows and songs. It was pretty common for us to indulge in the world of Disney. And for many, the show, ‘Good Luck Charlie” was a bundle of joy. Fans may remember Mia Talerico as the little ray of sunshine “Charlie Duncan.” But guess what, the actress is not a child anymore.

Charlie” From Good Luck Charlie Has Grown Up

The Charlie that we loved and adored has grown up to be a youngster, rocking her world at just 12. Seeing her all giddy-up on her birthday on September 17th made many fans feel old. Her family held a birthday party in her honor of turning 12 years old, and we can’t get enough of the cute picture.

In the Instagram post, her family caption a picture of her saying, “May all your birthday wishes come true! In difficult times you have shown strength and resilience. You are so very kind and have a great attitude. Keep shining and keep smiling.”

As many fans have already witnessed, Mia’s taste of success started with “Good luck Charlie.” She rose to fame in 2010 when the show first aired on Disney. Though the show came to an abrupt end in 2014, everyone remembered the sweet little girl. The show starred some hot-shots in the Disney realm. From Bridgit Mendler to Bradley from Steven Perry, Leigh-Allyn Baker, Eric Allan Kramer, and Jason Dolley.

To give you fans a little info about little Charlie, we have compiled some interesting facts. We have done some thorough investigation to find out what exactly she has been investing herself in now that the show has been over. So let’s see…

It seems that since the show ended, she has managed to achieve quite notable feats. The Disney star has her own YouTube channel raking up more than 50,000 subscribers. Great, isn’t it?

Question: Which Grade Is she in?

Answer: The Disney star started her sixth grade on September 8.

Question: Is She Still Pursuing to Be An Actress?

Answer: After the role she landed in Good Luck Charlie, Mia strived to work as an actress. It can be witnessed by noticing her role in two short films. Those are Shadow Theory and Photographic Memory. After that, she took the role of Molly in the show called Conrad. Right now, she is portraying Paige in Brat’s digital show, Mani.

Charlie has turned out to be a wonderful youngster and continues to grow, both professionally and phenomenologically. To know more about her, subscribe to our page.

Who is Miranda Lambert Married To? Inside Country’s Queen Life

Things You Might Not Know About Growing Up Chrisley