Bachelorette Alum Clint Arlis Commits Suicide: The Cause of His Death 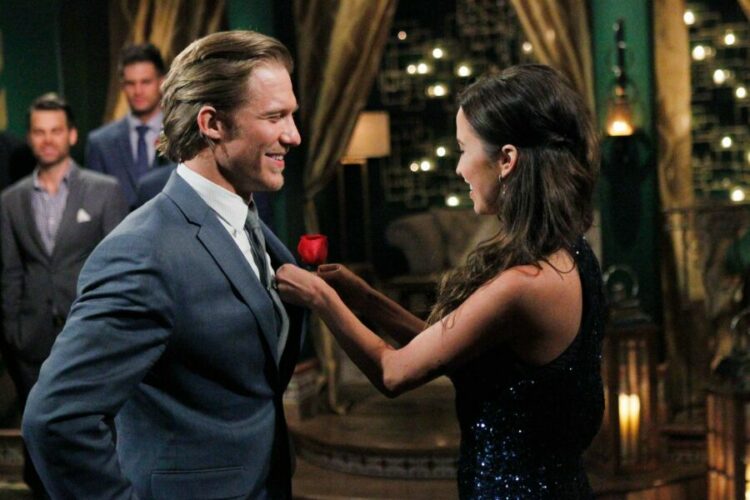 If you have watched the famous reality show “Bachelorette,” you must have heard about Clint Arlis’ tragic death, right? Yes, it is indeed quite shocking to accept the fact that “Bachelorette” alum Clint Arlis was found dead in his room at his parent’s home on January 11, 2022. So what might have happened that led to his sudden death? Let us find out more details regarding the incident here.

As per the sources, the Kane County Coroner’s Office ruled out the incident as a suicide. However, that is also hard for us to believe. The police discovered his body in his room at his parent’s home just after 12 p.m, local time on January 11.

The police investigation reports say that Arlis’s father found his son dead in his room when he could not get a response. Moreover, they also got a suicide note from his room which also added more evidence of the suicide. Let us share some of the significant details regarding the circumstances that led to his death and unravel the mysteries one by one.

Some Relevant Details of Clint Arlis’ Death From the Investigation Report

As we already mentioned, from the coroner’s investigation report we come to know that Clint Arlis’ father was the first person to see his son lying dead in his room. So when he could not get a response, he called the police. The police also found a suicide note in his room.

According to the report, Arlis had been struggling with mental health issues. This includes paranoia. Many times, he felt that someone was watching him or following him constantly. At the same time, he also started experiencing some problems with his girlfriend of four years.

Moreover, the reality star was part of an experimental drug trial, however, the trial has no reports of mental health issues stemming from the drug’s use. As per the report, Arlis recently moved to his home. However, his parents believed that “things were getting better” with their son. He did not make his personal struggles public after he moved in with them.

Do you know what happened the night before his death? The night before he took his life, he had watched television with his father. In fact, he was fit and fine and did not seem distressed. Moreover, Arlis had also planned to visit a local high school for a workout the morning of his death. So what happened suddenly that he planned to end his life on that very night? Let us find out!

What Was Arlis’ Profession?

Many of you might be wondering what did Clint Arlis do to earn his living. Well, he had studied architecture as well as environmental engineering. He completed his studies at the University of Illinois. So it was from here that he received his bachelor’s and master’s degrees.

After completing his studies, he started working as a project manager at Lendlease. In addition, he had also volunteered to work as a mentor to Chicago school kids. So you can well understand that he was a jolly person. Therefore, it was indeed very difficult to process his sudden death.

It was his sister, Taylor Lulek who confirmed her brother’s passing in a Facebook post on Jan 12. She asked for privacy at that time since it was a very difficult time for the family.

How Did Clint Arlis’ Fellow Contestant Kaitlyn Bristowe React to His Death?

As you know, Clint Arlis appeared in Season 11 of “The Bachelorette” which starred Kaitlyn Bristowe in 2015. Needless to say, the show became an instant hit. It also made both Arlis and Bristowe pretty famous among the people. In fact, this show brought all the contestants together as a family.

Therefore, when Bristowe first heard about the news, she could not believe her eyes or ears. So following the news of Arlis’s death, Bristowe shared a tribute to him on social media. Let us see what she wrote in the post. Alright, this is an Instagram story I did not think I’d be doing tonight but Clint, who was on my season of The Bachelorette, I’m gonna say tragically — he tragically passed at 34 years old. I’m not sure what happened, how it happened,” she said in a video on her Instagram Story.

Even though Arlis and Bristowe did not end the reality show on good terms, she put aside all hard feelings to honor the legacy he left among his loved ones. Bristowe herself also said that she wants to forget all those issues that made them argue with each other. Instead, she wants to remember all those good memories that she shared with him.

Moreover, she also knew how much his close friends and relatives respected him. He was indeed a gem of a person. His death is therefore an absolute tragedy. So she has also extended her helping hand to his family members if they require any help from her.

What Did Nick Viall Say About The Passing Away of Clint Arlis?

Nick Viall is another fellow contestant in the reality show alongside Arlis on Season 11. Let us share what he shared about Clint Arlis’ death. “Just heard about the passing of Clint Arlis. I got a chance to get to know Clint a little after our time on Kaitlyn season and I always enjoyed our time and conversations,” Viall, 41, penned. “A very kind, unique, and talented person who was taken from this world far too soon. RIP Clint.”

It is indeed very difficult for all those who have worked with Clint to accept the fact that he is no more with us in this world. However, what led to his suicide is not yet known to us. The police investigation is still going on. They are trying to figure out what led to his tragic death when he was fine just the night before. Let us wait for the comments of the authorities on this to know more details.

Any death by suicide is very difficult to accept. Especially when that person is a popular personality like Clint Arlis. We are not yet sure why Arlis chose to end his life so soon when he was at the peak of his career. Probably he was having certain issues in his life that he could not share with anyone around him. So if you know someone struggling with depression or similar issues make sure you help them out.