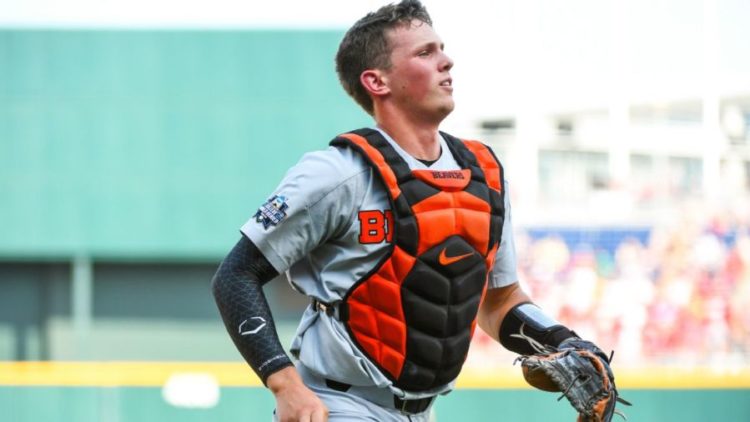 The Baltimore Orioles undertook a rebuild in order to improve their performance. This year they entered the fifth year of the rebuild. There are still many things to do for them. But now they seem to have the player around whom they can rebuild a strong team. The player is none but Adley Rutschman. Surprised? Well, you should be! After all, the Baltimore Orioles made the much-anticipated call-up rather late than expected.

The fans have gone crazy after the Orioles announced that they would be promoting Rutschman to the major league. Read the article to know more about the much-anticipated debut.

A Much Anticipated Debut For Rutschman

Back in 2019, with Mike Elias leading the front office of the Orioles, they made a big decision. The Orioles decided to make Rutschman the second No. 1 overall pick in the franchise history. The 2018 season had been a frustrating one for the Baltimore. They lost 115 of 162 contests and finished 26 games behind the fourth-place Toronto Blue Jays. Thus in the 2019 draft, they made Rutschman their No.1 overall pick in order to initiate the rebuild.

Rutschman, as a sophomore at Oregon State, was then the College World Series Most Outstanding Player. That summer, he also starred with Team USA. In fact, he won every possible top amateur award in the junior campaign, hitting .411 with an on-base plus slugging of 1.323. There were numerous other talented players in the draft like Texas high school shortstop Bobby Witt Jr., University of California first baseman Andrew Vaughn, and others. But the Baltimore Orioles preferred Rutschman over all others. In fact, soon after his joining, he became the face of the club’s rebuild.

However, the Baltimore authority feels the urge to promote their most prized asset to the major league. The club had a dismal run for the last three seasons, with a 131-253 record. The 2022 season is also not much better. At the weekend, the Baltimore Orioles are 16-24. In such a scenario the decision of  Mike Elias to promote Rutschman has been accepted by the fans with much delight. He is most likely to feature in Saturday’s clash against the Tampa Bay Rays.

Rutschman Received The News In An Interesting Manner

For any player, the first match for the senior team is special. Similarly, in baseball, the first experience of the major league is unforgettable. This is more true for someone like Rutschman, who has been doing exceptionally well for a long time.

The way the players are informed of the call-up varies from team to team and as per the situation. In fact, if a Triple-A club manager is advised about the call-up of a player, he would be taken out of the field immediately. This is done to avoid injury. At other times the news reaches the player in the dugout. In the case of Rutschman, someone placed a hidden camera in the office of Buck Britton. The camera was on when Britton brought Rutschman into his office for a routine chat. Britton made him sit down. Then he told him that he was highly pleased with his progress. Then finally, in a very slight way, he disclosed the call up to him. At this, many of his teammates buried in the office and started celebrating wildly. Click the link below to see their celebration:

What Can Be Next For The Baltimore Orioles?

In the MLB 2022 season, the Baltimore Orioles reached the quarter pole in last place of the AL East. They are 13.5 games behind the New York Yankees. Rutschman alone cannot turn things around for the Orioles. But the Orioles see him as an integral part of their future. Batting in the big league will surely develop him. Therefore by 2023, Rutschman will be a veteran about several other pitchers he will be handling. Thus, the call-up for Rutschman seems to be the final step in the rebuild.

Adley Rutschman is definitely a highly skilled player. It is really a surprise that the Baltimore Orioles didn’t consider promoting him earlier. But now, with Rutschman on the roster, the Orioles will look to turn things around. But it will not be an easy task for them. Rutschman alone cannot make them will games. They need to build a strong team around Rutschman. They are focusing on that. Let us wait and watch what Rutschman can bring to the team.