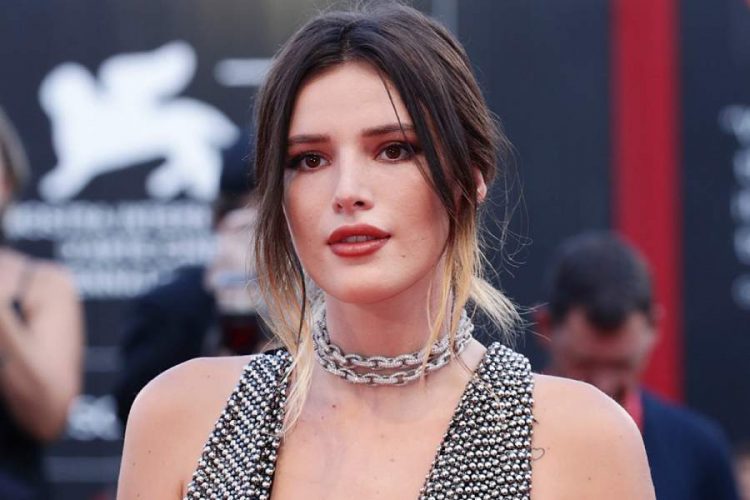 Annabella Avery Thorne is a popular American actress, singer and director. She got recognition for her role as Margaux Darling in the series Dirty Sexy Money. Then she acted in many good roles that received good reception from the audience. Bella Thorne Disney series Shake It Up was very popular among teenagers. Then alongside her acting career, she is also a good singer. Her first debut song was the 2011 release “Watch Me”. Bella Thorne age is twenty-three.

Know all the details about this amazing girl here.

Annabella Avery Thorne’s birth date is October 8, 1997, and her place of birth is Pembroke Pines, Florida. The names of her parents are Tamara Thorne and Delancey Reinaldo “Rey” Thorne. Her parents have three other children. On 2007 her father lost his life because of a traffic accident. So her mother raised Bella and her siblings as a single parent. She started to work as a child actress to help the family financially.

She got bullied in school and that is why she studied at home. Later she improved in her studies by joining in Sylvan Learning centre.

Thorne started her modelling career by acting in commercials such as Neutrogena, Guess Jeans, J.Lo Girls, Gap and Diesel, Candie’s and more. Then she has appeared in the magazine covers of Shape, Latina, Gay Times, UK’s Company and more. She also has made appearances in music videos.

– Early roles in television and films

Thorne appeared in an uncredited role on 2003 film Stuck on You. After this, she came in many television projects like Entourage and The O.C. Her major television role was on the second season of Dirty Sexy Money. On 2008 she appeared in My Own Worst Enemy. She received an award for her portrayal of RuthyOn Spivey. Then she acted in the 2009 horror film Forget Me Not.

On 2010 Thorne appeared in HBO series Big Love. Then she came in Disney’s Shake It Up. Her role as CeCe Jones became famous because of her dancing skills. On 2014 she acted in the comedy film called Blended along with Adam Sandler. Some of Bella Thorne movies are The DUFF, The Babysitter, Boo! A Madea Halloween, Alvin and the Chipmunks: The Road Chip and more.

On 2011 she started to date Tristan Klier. After breaking up with him she dated Gregg Sulkin. But after 2016 she came out of the closet as a bisexual. She also was in a polyamorous relationship with Mod Sun and Tana Mongeau. Bella Thorne Tana Mongeau relationships lasted till 2019. From 2019 Bella Thorne Affair with Italian singer, Benjamin Mascolo began. She also came out as a pansexual in the same year.

The net worth of Bella Thorne

Bella Thorne net worth is $12 million. Her career as an actress made her rich. On 2020 she appeared in the “OnlyFans”. She was able to quickly raise $1 million for her video. On 2016 she purchased a home in Sherman Oaks, California for $2 million. Bella Thorne Instagram income helped her to buy the house without any mortgage. She gets $65,000 – $100,000 for her single IG sponsored post on Instagram. On 2019 she bought a mountain top mansion for $3.3 million in Topanga, California.

She is also a generous person. She is part of many charities and supported Peta in the protests regarding SeaWorld. Moreover, she is one of the supporters of the Humane Society. She is also serving as a sponsor for a child in Kenya.

Bella Thorne started acting from a very young age. Many people follow her on Instagram. Also, she has many future projects.