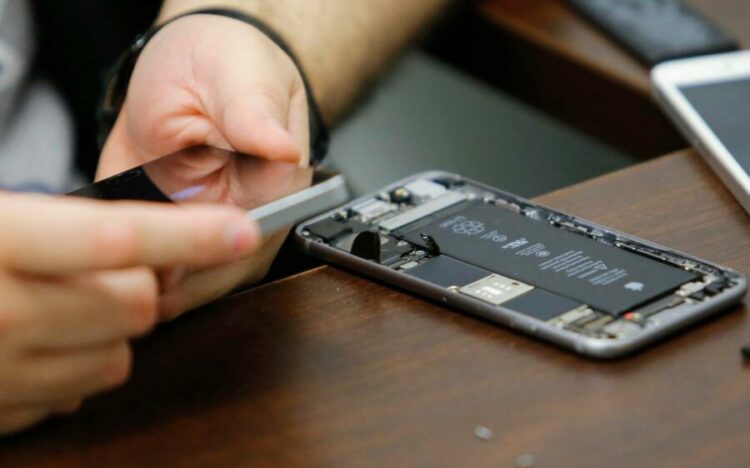 Mountains of outdated phones, tablets, laptops, smart speakers, headphones, and other electronic devices are seeping dangerous chemicals into the soil near dumps throughout the world. In other words, until they are ready for burning when they emit toxic plumes of air and pose a threat to people in impoverished countries. The right-to-repair movement is fortunately here to help combat the growing e-waste issue. Consumers can cut down on the number of times.

They need to throw away a device with little expectation that it would be properly recycled by giving it a longer lifespan. A number of well-known companies, including Apple, Samsung, and Google, have recently made announcements in favor of increased device repairability.

Are these actions sufficient to make a significant difference in the issue? Are they merely lip service to counteract upcoming laws that may negatively impact the financial health of industry titans?

Only 17% of the 53 megatons of e-waste that humanity produces each year is currently properly collected and documented. Between 2015 and 2020, our rate of e-waste generation increased by 21%, and rates are predicted to increase by another 4% to 5% annually. E-waste is the source of 70% of the overall toxicity of solid waste despite only making up around 5% of its volume.

A large portion of it is exported to poorer nations, where employees are directly exposed to dangerous heavy metals due to poor processing. By leaking into the soil and water supplies and then rising back up to humans through food sources, these toxins also affect the local population. In addition to the localized environmental impact that results from improper e-waste processing, there is also the lost business opportunity.

The process of extracting the metals needed for electronics is costly and leaves a sizable environmental mark. Our outdated technology is wasting perfectly usable resources in the meantime.

The current state of affair

In the past year, a slew of manufacturer repair programmes began with Apple. It was a welcome surprise from a business that has in the past openly opposed the right to repair. Samsung and Google swiftly adopted the same strategy by selling genuine OEM parts. The Samsung repair program, for example, glues the screen to the battery. Whereas Apple’s repair program does not replace faulty ports or connectors.

Is a battery system possible?

The right to repair is becoming a selling point for certain underdogs. Even though the major players may not be supporting it sufficiently. Framework, a budding electronics maker, has created a laptop with easily swappable parts.

By all accounts, Framework has been successful with few system performance tradeoffs.  They recently released their first motherboard upgrade, in fact. Despite being a relative hardware novice, Valve offers a repair kit for its Steam Deck. Fairphone, which sells gadgets with lots of user-replaceable parts, also sources its resources fairly.

It’s easy to get pessimistic because there are still so many problems to fix. E-waste seems to leave a trail of harmful substances in the form of financial incentives and a maze of regulations. Alternative operational models are becoming more visible, but they need widespread backing for them to take off. The following legislative initiatives across the US can receive your support if you’re interested in advancing the right to repair.