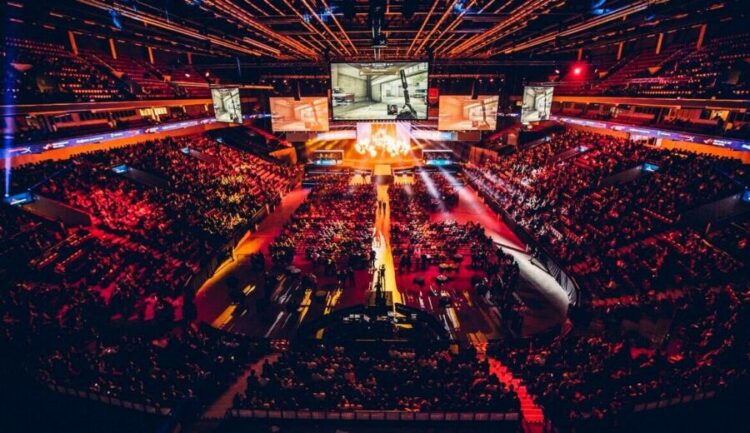 Over the last decade, gaming has grown into the biggest entertainment medium by measure of revenues and has even become a spectator sport. Right now, leading eSports teams are being valued in the hundreds of millions of dollars, with the likes of Team Liquid, TSM, 100 Thieves, and FaZe Clan leading the way. Pile into the general space the oldest form of gaming, at tables, and you have a bustling and popular scene.

While certain forms of dedicated gaming venues have long been established around the world, such as the hundreds of casinos on The Strip in Las Vegas, other such venues that focus on gaming have been harder to come by. Major events like The International and League of Legends Worlds, however, have helped to place an added emphasis on creating dedicated venues for gamers, while major gaming IPs are escaping home consoles more now than ever before.

So, there’s an abundance of dedicated gaming venues that you can now visit, but which ones are the biggest? Here, we pluck the biggest gaming venues to visit from the main three sectors of in-person gaming entertainment.

Just about any indoor sports arena can be used to stage an eSports event, just as any major outdoor stadium could in the right weather, but what we’re focussing on here are the venues that have been custom-built for gamers and gaming events. In the US, the Fusion Arena in Philadelphia, Pennsylvania is expected to have 3,500 seats, eclipsing the bar set by the 2,500-seater eSports Stadium Arlington in Texas.

However, the crown for the largest eSports arena in the world goes to the 2017-opened Three Gorges Harbor eSports Stadium in Chongqing, China. Boasting 6,000 seats for eSports events and being 110,000 sqft, it’s quite the venue, especially as it was specifically made for gaming with plans to expand as a gaming campus of sorts. The architecture is also quite astounding, with a draping X-like shape running over the top.

The Barrie Ho-created venue might just be usurped in the coming years as the largest eSports venue, though. With what you can see as distinctly futuristic concept art for the outer building, Toronto’s new eSports facility is projected to hit 7,200 seats when it opens in 2025, with just under a 200,000 sqft footprint along Lake Shore Boulevard in Canada’s most populous city.

Whenever anyone thinks of big-time casino gaming, the mind wanders to the excessive buildings dotted around Las Vegas, Nevada. The Bellagio, Caesar’s Palace, and MGM Grand all capture the skyline, but much of that square footage belongs to the hotel arm of the casinos.

In Macao, the newest casino city hotspot, the design process has been very similar to that of Sin City – lots of hotels with casinos. Still, this doesn’t make the outright biggest casino in the whole world any less impressive – it’s just not where you’d expect it to be. With a whopping 600,000 sqft and nine globally-themed gaming plazas that stretch for over a mile, Oklahoma’s own Winstar World Casino takes the crown. With over 10,000 slot machine terminals alone, you can travel the globe through rooms of Madrid, Beijing, London, and Cairo within its walls.

Close behind, even though 50,000 sqft is quite a bit, is a familiar name. The Venetian Macau clocks in just behind the Winstar World Casino at 550,000 sqft, but with 3,000 rooms, it does hold the title for the largest single-structure hotel in Asia.

It took far longer than anyone expected, but in March 2021, Super Nintendo World finally opened in Universal Studios Japan. While it’s not a whole theme park just for gaming, it is a massive and distinct section of the sprawling area. So, Super Nintendo World manages to make the cut here. An exact size for the section isn’t forthcoming, but the building permits for the planned 2023 park in Orlando has 8.8 acres (383,000 sqft) pencilled in.

As this is cheating a bit, with Super Nintendo World being part of a much larger park, we’ll include this novel gaming theme park as a top pick as well. Angry Birds World in Qatar’s Doha Festival City measures 183,000 sqft and features rides, arcade games, live shows, and thrilling attractions like The Big Tree, Own the Sky, trampoline rooms, and laser tag. One should never underestimate the popularity of mobile games.

There you have it: you can find the biggest eSports, casino gaming, and gaming theme park venues in China, Oklahoma, and Qatar!

Also read: Behind The Scenes of Live Casino