Bill Belichick’s Cornerback Strategy Might Prove Costly for His Team 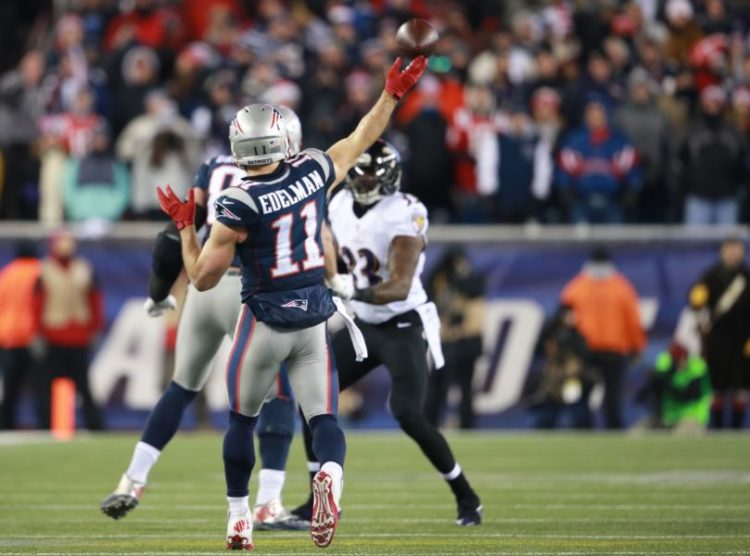 Bill Belichick is a well-known name in American professional football. He has acquired the status of a legendary coach. He has a W-L record of 290-143, which is really impressive. Bill has been heading the New England Patriots since 2000. Over the years, he has shown his ability to win, if he has a true No. 1 cornerback on his team.

However, Bill Belichick’s bold strategy at the cornerback could backfire on his team. The football experts, as well as the fans of New England, are worried about it.  Read the article to know more about this issue.

Bill Belichick Worked with Quality Cornerbacks in The Past

When Bill Belichick joined the Patriots for the first time, he had Ty Law on his team. Tajuan Edward, popularly known as Ty Law had been a phenomenal cornerback with the Patriots. He also holds the franchise record for most interceptions. In fact, he made his way to the Pro Football Hall of Fame in 2019.

Later, in 2003, Bill led the Patriots to select Asante Samuel as their fourth-round pick. Later Asante went on to become one of the NFL’s best ballhawks. In fact, in 2006 Samuel intercepted a career-high 10 passes. This was the second-best ever stat for a Patriot, behind Ron Hall’s 11 interceptions in 1964. As a result, the Patriots won 3 Super Bowls in four years. After this, problems with the cornerback started.

In 2005 Bill Belichick guided the Patriots to the NFL Championship title. However, after that, the draught began.  Between 2005 and 2013 the Patriots won many regular-season games, But they were unable to take home the Lombardi Trophy. This was due to a sharp decline in talent within the team. One may rightly argue that Aqib Talib was impressive during his short stint with the club. However, he failed to match the level set by his predecessors.

However, in 2014  Darrelle Revis joined the Patriots. He along with the likes of Tom Brady, helped the team to win the Super Bowl. Revis had been NFL Defensive Player of the Year in 2008. His addition to the team was a great move by Bill Belichick. However, Revis stayed with the Patriots for only one season as he moved on to the New York Jets in 2015.

Bill tried to solve the cornerback issue by bringing in Malcolm Butler. In fact, Butler was impressive initially. But he is not a pure shutdown corner. Finally, in 2017, Bill Belichick made a brilliant move. He signed Stephon Gilmore to a five-year, $65 million contract. This one seemed to solve the issue for Bill. Again a year later, Bill roped in J.C. Jackson.

This meant that Bill had two No.1 cornerbacks on the roster. But then he mishandled the contracts of both the players, which saw them leaving the club. This resulted in the present scenario of the cornerback position with unproven players.

Bill Belichick: The Present Cornerback Scenario of The Patriots

The current situation of the cornerback is enough to scare the fans of the Patriots. Just two seasons back, the Patriots had the likes of Gilmore and Jackson. But now, Bill Belichick will be training the likes of  Malcolm Butler, Jonathan Jones, Jalen Mills, Terrance Mitchell, Joejuan Williams, Shaun Wade, and the rookie duo of Marcus Jones and Jack Jones. This does not seem impressive at all.

One might argue that Butler has been a Pro Bowler. But he is 32 years old. Moreover, in 2021 he had not played a single game. Similarly, Jonathan Jones turns 29 and is returning from a shoulder injury. Jalen Mills on the other hand will best be a No. 2 corner. Though Mitchell and Wade have time to prove their worth, Williams is destined to be released.

Moreover, Bill Belichick failed to pick a proper replacement for Jackson. He spent the picks on small corners, that do not even match Jackson’s and Gilmour’s size and length. Marcus Jones stands at 5-foot-8-inches, weighing 175 pounds. He offers terrific speed and great abilities as a slot defender. But he lacks the qualities of an outside corner. Jack Jones also does not fit the position.

Therefore, Bill’s bold strategy to put together a group of undersized corners raises serious doubts about how the Patriots will defend the pass moving forward.

Bill Belichick’s selection of corner picks and his bold strategy of building a team with under seized corners might prove disastrous for the Patriots. The corners they have will be in serious trouble against the Buffalo Bills’ duo of Stefon Diggs and Gabriel Davis. Again, Tyreek Hill and Jaylen Waddle of the Miai Dolphins will pose great threats.

There are so many other players who might bring disaster down on the Patriots’ corner lineup. All thee could have easily been avoided if Bill handled Jackson and Gilmour differently. Now it remains on time to show us what Bill does with this cornerback issue.

Also Read: T.J.Watt Of Steelers Reaches His Zenith In 2017 NFL Re-Draft: The Details