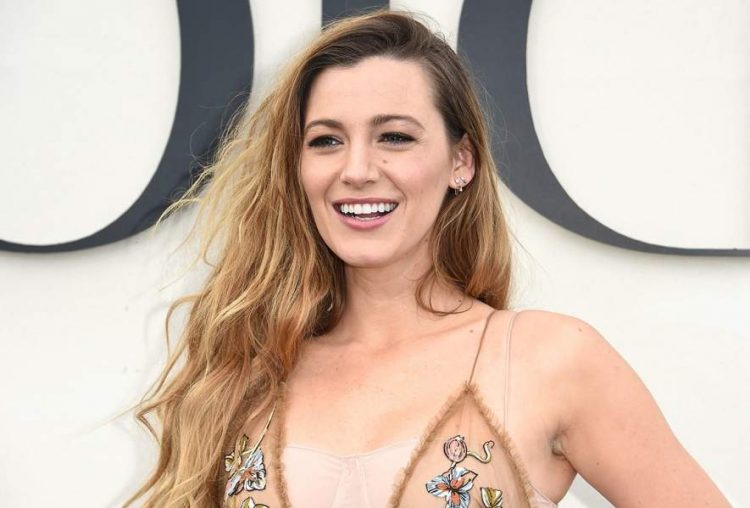 Blake Ellender Lively is a well-known American actress. She became famous for her role as Serena van der Woodsen in the drama Gossip Girl. Lively is also a great foodie and cook. She is famous for her Met gala gowns and various other fashion statements. She and her husband Ryan Reynolds are one of the power couples in Hollywood. Also, she is popular on Instagram where she posts funny pictures and comments. Her age is thirty-three now. Know all the details of Blake Lively biography here.

The birth date of Blake Lively is August 25, 1987, and her birthplace is Tarzana neighbourhood of Los Angeles, California. The name of her mother is Elaine Lively who worked as a talent scout. The name of her father is Ernie Lively who is an actor. Also, she has an older brother named Eric Lively. Furthermore, she has two half-siblings Lori Lively, Robyn Lively and Jason Lively. All her siblings are also part of the entertainment industry.

Lively watched her parents teach acting. This helped her to enter confidently into the entertainment industry. She started to act at the age of ten and appeared in the 1998 film, Sandman. But after that, she did not have any interest in acting and planned to join Stanford University.

Lively went to Burbank High School where she took part in cheerleading and served as class president. At last, she auditioned for a film role and got a part to act in The Sisterhood of the Traveling Pants (2005).

On 2005 she played one of the female leads in the film The Sisterhood of the Traveling Pants. After that, she co-starred in Accepted. Then she played in Elvis and Anabelle. She got recognised as a breakthrough actress.

– Her part in Gossip Girl

Lively received a good role in CW drama Gossip Girl where she played as the college student Serena van der Woodsen. After the show ended in 2012, she acted in New York, I Love You. Some of other Blake Lively movies are The Town, Green Lantern, Savages and more.

On 2015 she acted in the film The Age of Adaline. On 2016 she played in The Shallows and this film received good reviews from critics. She also appeared in Woody Allen’s Café society film. On 2018 she appeared in Simple Favour a mystery film along with Anna Kendrick. Lastly, she played the main role in The Rhythm Section.

Lively dated her colleague in Gossip Girl Penn Badgley for three years but they broke up. Then on 2010, she met Ryan Reynolds on the sets of Green Lantern. They quickly became friends and started a relationship. After that, Blake Lively and Ryan Reynolds got married on September 9, 2012. Blake Lively kids are James, Inez and Betty.

The net worth of Blake Lively

Blake Lively net worth is $16 million. Her biggest break at the start of her career was in the series The Gossip Girl. On 2013 she became the face of the popular brand L’Oréal. She also has the desire to become a restaurateur as she likes food. She and her husband bought a house in Pound Ridge, New York for $5.7 million. They also have other properties around New York.

Blake Lively is an entertaining person and a fashionable lady. She and her husband like to keep their personal life private.