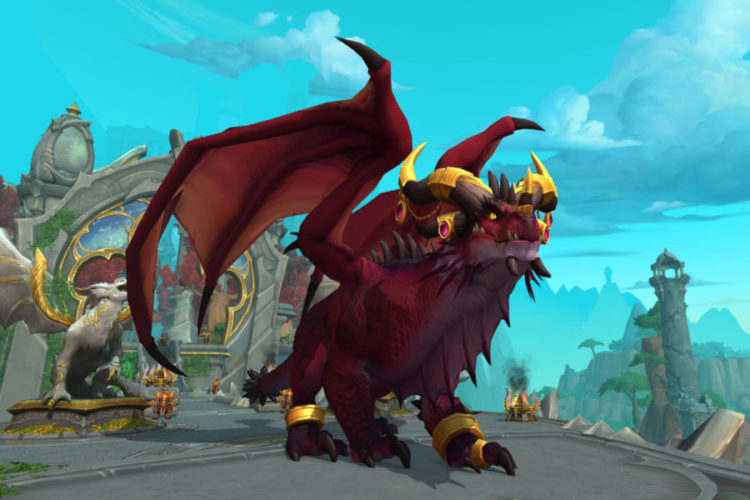 In fact, Blizzard Entertainment has also given a preview of this new expansion to their fans. Therefore, naturally, the fans are highly excited about the entire thing. One of the biggest changes in this new expansion is the overhauling talent system. This would revert it to pre-Mists of Pandaria. So this would help the players bring back the talent tree.

So currently, Blizzard is showing off what they have so far. They have started with their best, that is, Priest. Would you like to know more about this new expansion, Dragonflight? Stay with us until the end, as we will share some of the interesting aspects of the game. Let us have a look!

Some Significant Aspects About WoW’s Dragonflight

Many of you fans of World of Warcraft knows that Blizzard shared a blog post on the 1st of July. So in that post, they shared details of what the company is aiming for with the reworked talent system. At that time, they gave us a look at the Priest class’ talent tree.

In fact, in that post, the devs also mentioned that the “Dragonflight talent trees have some significant differences from the previous versions of talent trees.” Firstly, there are two trees. As per the sources, this is due to the combined importance of class-wide and specialization-specific themes for current WoW characters. Sounds pretty interesting, right? Let us find out more!

Moreover, the devs explained why there would be two talent trees within each spec instead of one. You must be thinking about it as well, probably. Well, the reason is just what we mentioned earlier. In fact, the class tree contains a core set of abilities that are available to all specs in a class and has a higher proportion of utility choices. So yes, in other words, many new things will be happening.

As per the post of Blizzard, the core tree presents new choices that were not previously available for any specialization. This includes Shadowfiend, Shadowflame Prism, Holy Nova, Twins of the Sun Priestess, and many more. So for the specialization, Blizzard has remixed some old and new spells. This should reward and emphasize the choices that you made throughout level-up. So you will get a class-apart experience after playing this new version.

In fact, Blizz also made a special note for Shadow Priest. This consists of the removal of the Dark Thoughts spell. Previously, the devs said they removed the spell because of its “large emphasis” on Mind Flay. The spell was making it feel “mandatory” to keep it always channeled.

So currently, a new spell will take its place. Do you know its name? Well, it has got an interesting title, which is Vampiric Insight. This is located in Shadow Row 4. Needless to say, the spell has some damaging effects. Vampiric Touch periodic damage has a chance to reset the remaining cooldown on Mind Blast. So it can cause your next Mind Blast to be instant.

When Can The Players Expect To See The New Changes?

Many of you who are ardent fans of WoW are probably already excited about the new expansion, Dragonflight. Well, as per the updates from the devs regarding what they will bring, the craze is quite natural. Especially if you have been playing this game for a long time, you will have a nostalgic feeling attached to the game.

So after a long time, Blizzard Entertainment is finally keeping its word. This expansion was long-awaited by the fans. Therefore, they are very excited. However, as per the sources, everything is still under the preview of Blizzard. They are still in the testing phase, and there might be certain changes before the launch of Dragonflight. This is because the developers do not want the players to face any glitches while playing the game. So they want to be absolutely sure about every little thing before launching Dragonflight.

So as of now, the devs have not given a launch date. It would probably be sometime in late 2022. Therefore, you have to wait patiently till then.

So as we conclude, we can say that WoW is one of the most popular games by Blizzard Entertainment. Needless to say, the game has countless fans. It is entirely because of the stunning graphics and action sequences. So when they have a new expansion, the craze will be profound.

Also Read: Is Respawn Willing To Bring in Changes To Mad Maggie’s Character in Apex Legends? Have A Look