BMW Unveiled its Flagship Electric SUV with 500 Horsepower for 2022 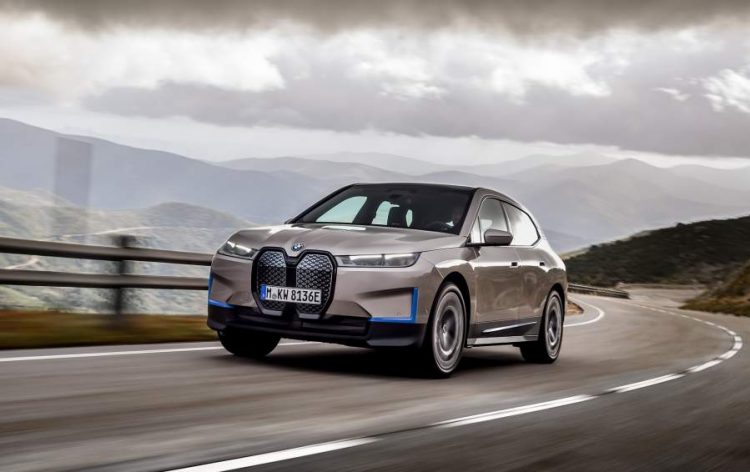 BMW‘s new electric vehicle iX SUV and it consists of 300-mile range and also extraordinary interiors. The advanced technology in this new creation is the talk of the town. Also, the information about the technology will release in German automaker upcoming vehicles. The main thing about the vehicle is that it is going to be an electric powertrain and driver interface. It will be the first vehicle to have fifth-generation technology.

This scalable technology can accommodate the vehicles of various sizes and utility. It will enter the production in Dingolfing factory situated at Southern Bavaria, Germany next year. Moreover, it will arrive in the US in 2022. Know all the details of the new vehicle and its technology here.

The description of the vehicle

The company did not reveal any information about the size of iX’s battery. However, they said that it can add 75 miles for ten minutes. The battery will be able to charge 10 to 80 per cent capacity in just forty minutes. Moreover, it can charge from 0 to 100 per cent in eleven hours.

There is no information about the price but many speculate it to be $59,400. But if we add the costs of the battery the price will come to $70,000 or more. There is also no mention of the driving capabilities of the vehicle. The precursor of the model is iNEXT concept that released in 2019. It had level three autonomous driving. The car can perform excellent driving tasks on particular conditions but the driver has to control it. But iX SUV model is not having this feature.  So it is still early to think about the pricing and performance of this unreleased model.

BMW has not given any information regarding the vehicle. There are no details in the press materials of its launch too.  Many think of it as a wise plan because there are certain legalities and regulations surrounding level 3 driving.

Some of the specs of the vehicle we know about are its fifth-generation features which are going to power the iX. It is going to be a crossover of SUV and will be similar to X5. But it will contain lower roofline and will sport an aerodynamic profile. The vehicle will have the roof height of X6 and the size of its wheel will be X7.

The designers of the vehicle wanted its exteriors to be robust, clean and monolithic. They wanted to remove some of its facets also. At the time of its teaser release, the iX sparked controversy and it sported a minivan shaped design. The interior of the vehicle will get inspired by Elon Musk playbook. It will be minimalistic and will appear luxurious.

The brain of the car will also see an improvement. The onboard computer in iX will have twenty times more data. Then, it can suit developed systems. The level four automation of the vehicle means that the vehicle can take some of the driving operations on its own but we do not know what the promised level five automation means. That is why there are still speculations surrounding it. In 2022 we will know what it means.

The new flagship model of BMW Electric SUV 2022 will contain a lot of advanced features. We have to wait to get more updates in the future.

Also read: Luxury Cars Bentley will be Fully Electric by 2030