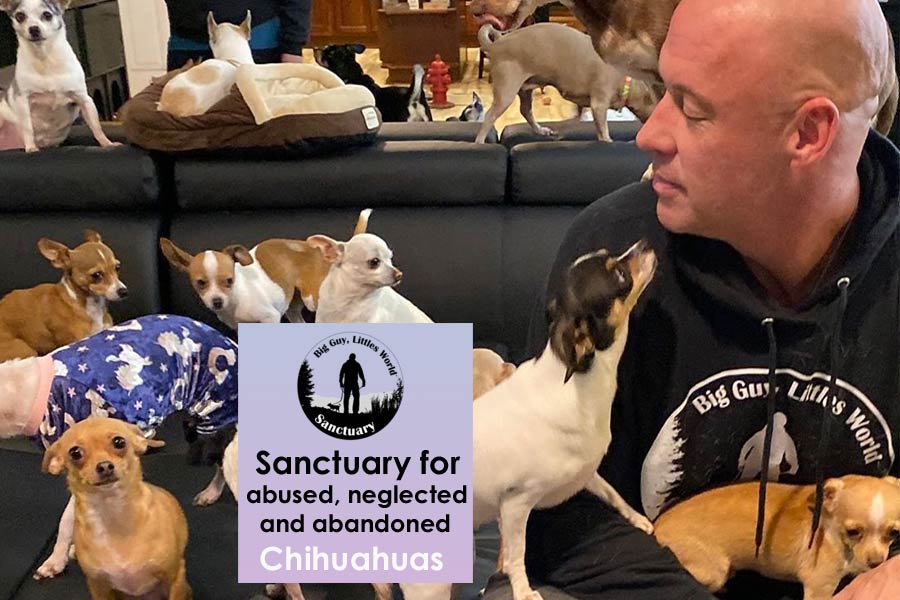 You never know what life brings for you in the next moment. So, you don’t need to take pride in what you have and what you are. Never make fun of anything small to you or less than you. You never know what life throws at you and what you become suddenly. Today I will talk about a story which is about a giant bodybuilder (Bobby Humphreys) and carpenter from Maryland who took pride in himself because he has a giant body and the big dogs he had like Rottweilers. Even he used to make fun of his friend’s girlfriend who used to roam around with those cute and tiny dogs.

His life changed when he got separated from his wife

However, everything got changed after some time when Humphrey’s wife walked out of their 17 years old marriage. He suddenly got disheartened and broken from inside and he wanted to end his life. At this point, his friend Connie remained by his side and helped him take out of this bad phase. His friend told him to dog-sit and that too with a small dog, Chihuahua.

Humphrey’s is the guy behind Big Guy Little World Sanctuary

Do you know this big guy is behind Big Guy Littles World Sanctuary, which takes care of small chihuahuas who needs a home and a little care to give them a new life?

Connie wanted him to take care of little lady Rogers

Though Humphrey does not have a liking for small and tiny dogs, he agrees to take care of lady Rogers and decided to take care. He suddenly started loving her as she is the only one who stood by her side when he was going through the dark phase of his life. He again started regaining self-confidence in him due to her support.

The dog was not easy to handle as it was unfriendly

Humphrey was not excited about taking care of this little lady. She had been known to bite several people. But Humphrey was very thankful to Connie for her support. That unfriendly dog and Humphrey’s have made a beautiful bond with each other as she instantly curls up in his lap which seemed almost next to impossible for everyone else.

With the thought of separation with Roger coming to his mind, he decided to keep a tiny dog for himself at his own house. He brought a dog home named Kira which is a brown Chihuahua with a fiery temperament. Unbelievable right?

After Kira, he adopted two more dogs and the number goes on to increase after then

After taking good care of Kira, Humphrey has decided to adopt two more puppies, Harley and his sister Quinn after coming to know about their awful conditions. Soon, he started liking helping those tiny and small dogs who needed good care and help. He started rescuing such dogs to help them and this is how he started his sanctuary. His sanctuary now has numerous chihuahuas and almost 30 pups staying at his home.

Even he did not realize when he started developing a love for these tiny creatures and now, he is planning to adopt a number of dogs and help them.