Ex Couple Brad Pitt and Jennifer Aniston are Getting Back Together? 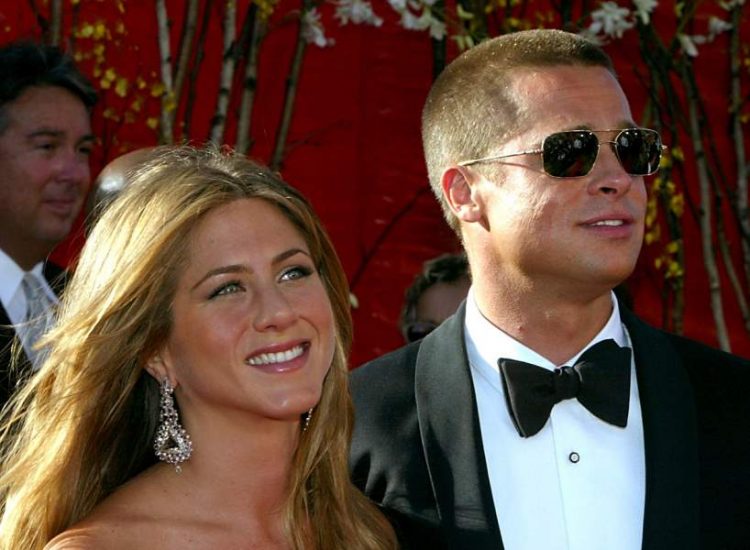 The ex-couple Brad Pitt and Jennifer Aniston are again making the headlines. Many years before the news of their devastating divorce made lots of fans unhappy. But when they were together they both received a lot of admiration from their fans because of their relationship. Their style, profession, and taste matched however because of the terrible turn of events their relationship came to an end. Later Aniston and Pitt went their separate lives. Pitt married Angelina Jolie and Aniston got married to Justin Theroux.

However, the rumours of both of the actors getting back again are spreading all over the media. It happened when Pitt held the hands of Anniston and spoke with her during the SAG Awards. These pictures got liked and shared by many of their fans. At this time Aniston and Pitt were single divorced from their previous partners. So evidently their fans thought that they are ready to get back together as there is nothing to stop it.

Are the two actors meeting?

Many newspaper columns are sharing their own interpretation of the events. They say that Jen and Brad are meeting secretly in restaurants and are also staying at each other’s houses. They are adding fuel to the rumours by stating that they both are getting back together after several years. This news is surely exciting however there is no official news about the confirmation of the relationship from the couple.

Pitt himself has stated that he is staying away from reading the headlines because he does not prefer to see what people think about what he did at the SAG Awards. But we know for sure that Jen and Brad are friends and are trying to maintain a good relationship where there is no romance involved. They are way past the point in life and now both are in a different place.

They are not ready to start a relationship with each other at the moment. So Pitt is now blissfully unaware of the interest he has created. Aniston has not shared what she thought about the headlines.

But in the SAG awards, they sure looked adorable. Pitt was encouraging Aniston when she received the award for her part in The Morning Show. Although many are rooting for the couple to date again we can see that they are not having that motive. They just want to stay as friends for now. Both are focusing more on their career nowadays as they are single.

What kind of relationship they have now?

Pitt has apologised for the things he did wrong in their relationship so both became friends some years before the SAG Awards. Aniston already invited Pitt for her birthday as well as Christmas celebrations in 2019. It seems as both have forgotten the past events and have moved on. They meet at many parties but only as friends as per the sources close to them.

Aniston still appreciates Pitt’s presence in her life as they have gone through many things together. So everything is going on smoothly as for now. Most of the things in social media and gossip columns about their relationship are just imaginary.

We do not know what will happen in the future but we sure do like to root for the couple. But as for now, they are just friends who are supporting each other. Their relationship is mature and they understand each other very well.